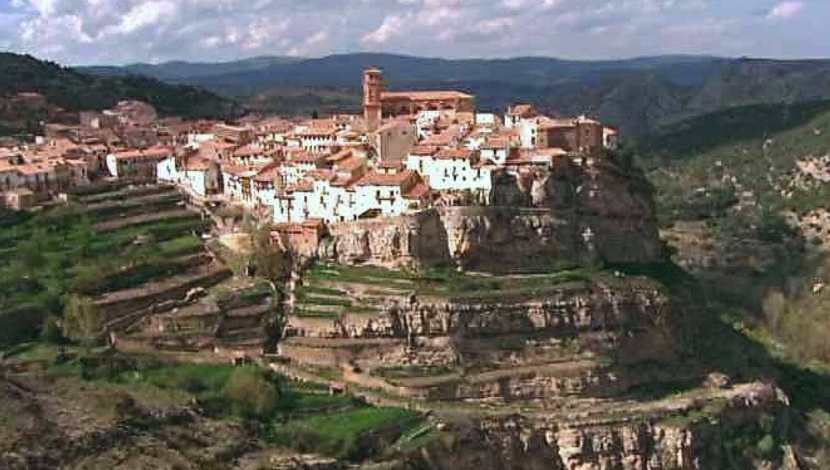 The historic center of Cantavieja is declared A Cultural and the entire urban complex of the historic town itself has great historical and artistic interest, with various buildings and monuments that offer samples of styles ranging from Romanesque and Gothic to Baroque. Among these constructions, the arcaded square, dedicated to Christ the King, stands out, where the outstanding buildings of the Renaissance church and the Gothic-style Town Hall stand. Further on, in the ecclesial building, there are transitional Romanesque and Gothic remains, the current factory dates back to the XNUMXth century.

Other buildings of interest in Cantavieja are the Gothic church of San Miguel, the old baroque hospital of San Roque and the manor houses such as Casa Bayle, Casa Novales and Mas Fortificado. The town of Cantavieja has the singularity of being at the top of a steep rocky crag, a characteristic that gives it an impressive silhouette from a distance.