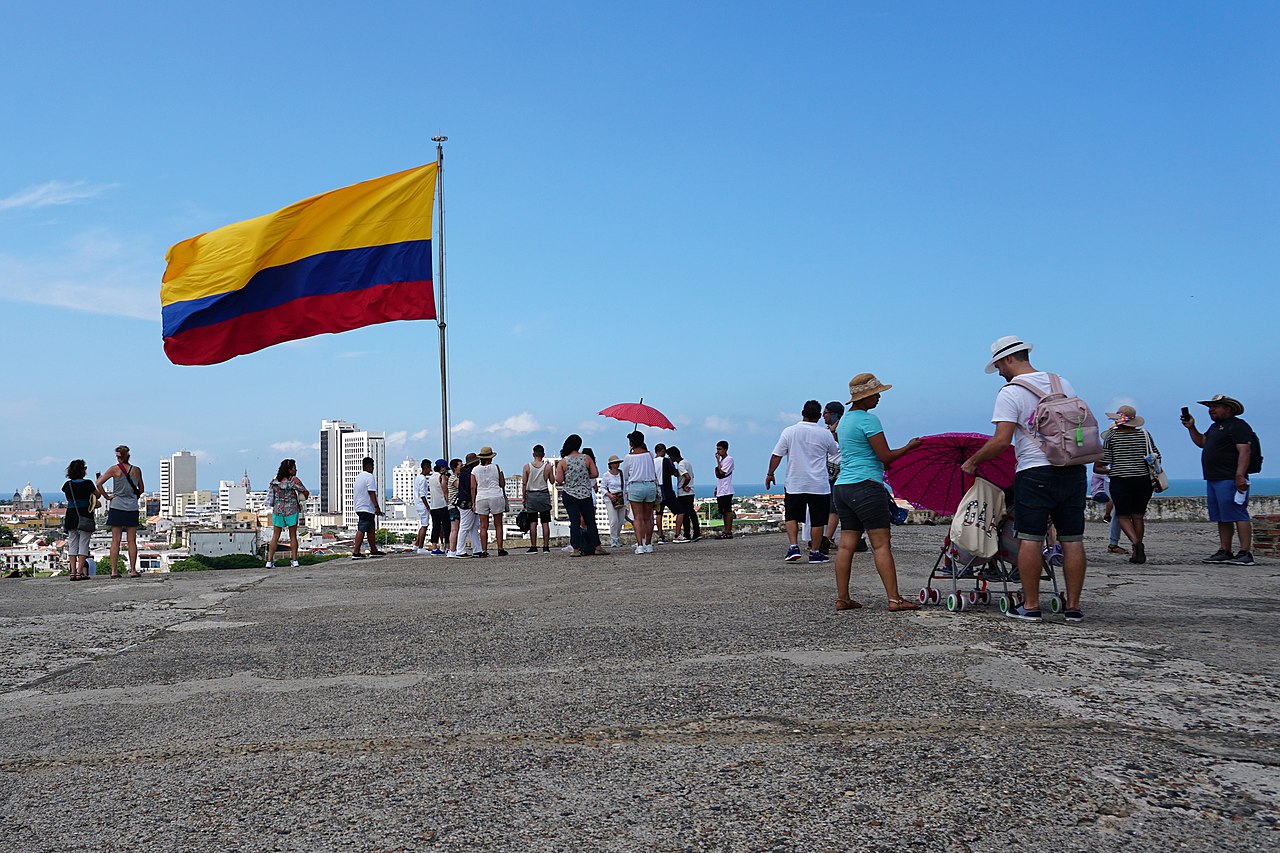 The Colombian traditions they are the set of celebrations, customs and rites that have been passed from generation to generation among its inhabitants. As is the case with those of Spain, France or any other nation, have been the binder of your spirit as a country next to the language.

Many of these Colombian traditions have pre-Columbian origins, while others are due to Hispanic influence. On the other hand, a third are more modern, but already have many decades of development. Also, they include the folklore of the country and, of course, its gastronomy, which, however, is varied, although always delicious. So that you know a little better the idiosyncrasy of this beautiful nation, we are going to show you the main traditions of Colombia. 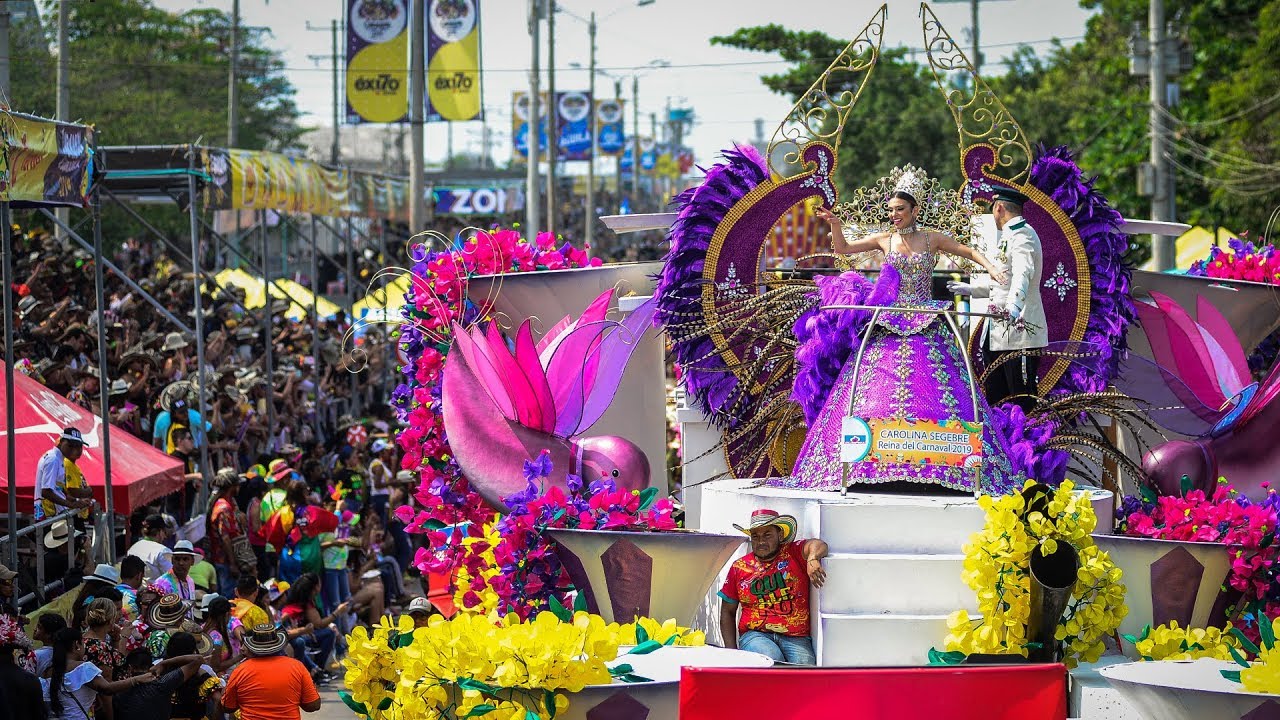 As is the case in all countries of catholic tradition, religious festivities are part of the Colombian spirit. But we will talk about them later. Now we are going to do it from another anniversary that the inhabitants of the nation celebrate as in few places. We refer to carnival.

The main one of those that take place in the country is the one from Barranquilla, considered the second largest in the world. Not in vain, it has been declared intangible heritage of humanity. It all begins with the so-called pre-carnival, with the proclamation reading, the queen's coronation and other festivities.

Then the party itself begins with the gay and children's carnivals, the battle of flowers, the great parade and the festival of the orchestras. But it deserves a separate mention the guarchena, which is the signal for the beginning of the festivities. It is a musical procession in which the inhabitants of the Barrio Alto they parade playing the gouache, a percussion instrument whose sound resembles that of maracas, and singing the carnival anthem. They also pay homage to Esthercita Forero, considered the eternal bride of this holiday.

Finally, the acts end with the Joselito's funeral, which recalls a character who, according to legend, came to enjoy the party and, after four days of revelry, was found unconscious and presumed dead.

Light-painted participants in the Carnival of Blacks and Whites

Now we are going to talk to you about Christmas, which, in general, is similar to that of other countries with a Catholic tradition. But they also have a great singularity that, in addition, relates them to the carnival.

We talk to you now about Carnival of Blacks and Whites, which is celebrated in many cities in the south of the country, especially in Pasto. It takes place on December 31 and, among the traditions of Colombia, it falls within those of pre-Hispanic and Andean roots.

During this festival the Old Years Parade, with the participation of numerous brass bands that go through the streets accompanied by satirical figures that represent current characters. On the last two days of the festivities, all citizens put on makeup, first black and then white, to symbolize the union of both races. That's where the name of the party comes from.

But the Christmas events start much earlier. Specifically on December XNUMX, with the Candlelight Night. It receives this name because families gather at the doors of their houses with lighted candles to light the Virgin Mary and receive her blessing. Then comes the ninth of bonuses, with houses full of relatives singing Christmas carols. And then Christmas Eve, Christmas and New Year's Eve, which are not very different from the European ones. 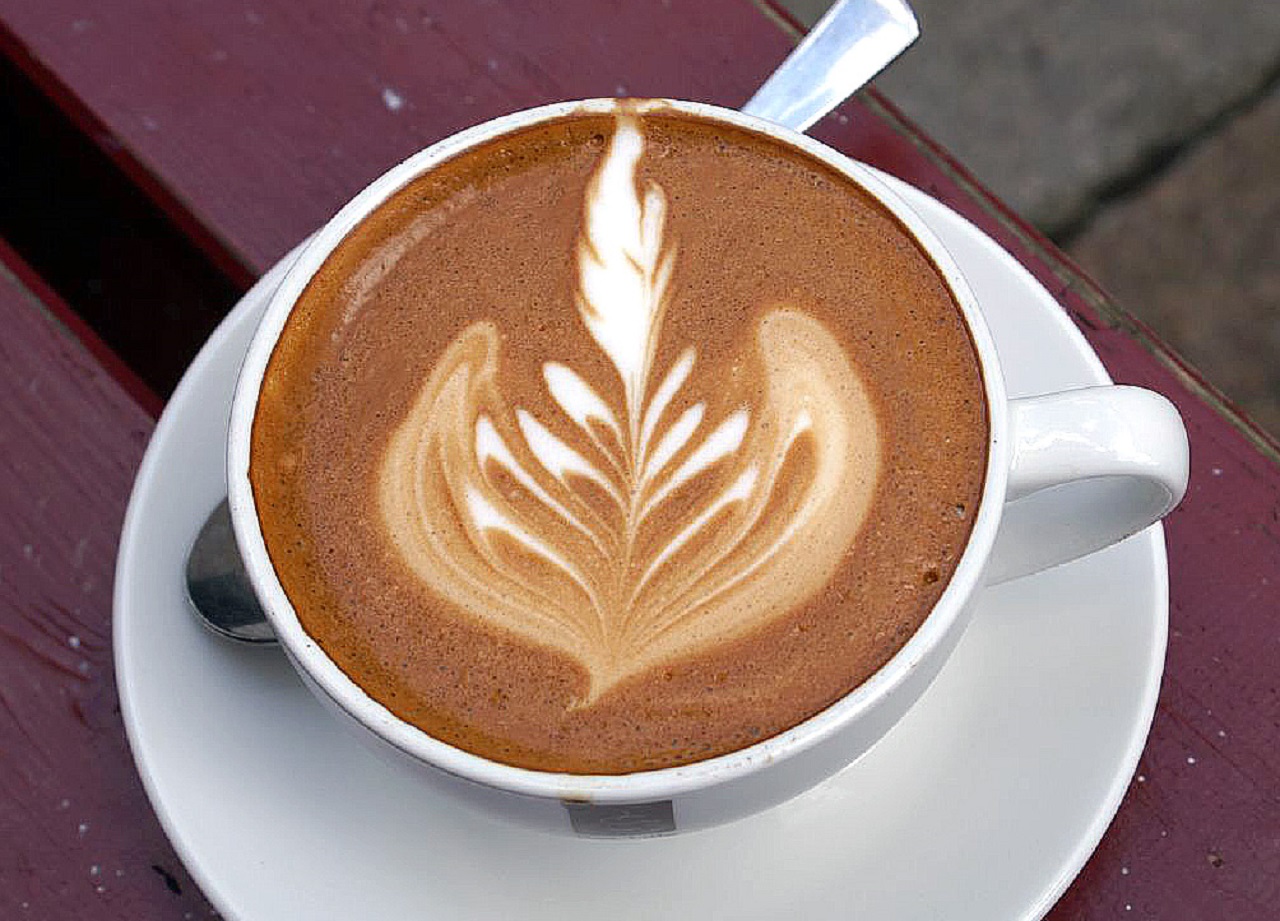 A cup of coffee

The first thing we should point out to you is that, despite its name, we are not talking about wine, but about coffee. As you know, Colombia is one of the largest producers of this plant and the drink made from its grains is universally famous.

It will not surprise you, therefore, that Colombians drink a minimum of three coffees a day (some much more). In fact, any time is a good time to savor a cup. They do it in the morning for breakfast, at noon to regain strength, after eating and even before going to sleep. Likewise, they drink it when it is cold and also with high temperatures.

The name of red comes from his habit of taking it neat. So now you know, when you want to order a coffee in Colombia, call it a red. You will be understood in all parts of the country. Because, without a doubt, it is one of the great traditions of Colombia. 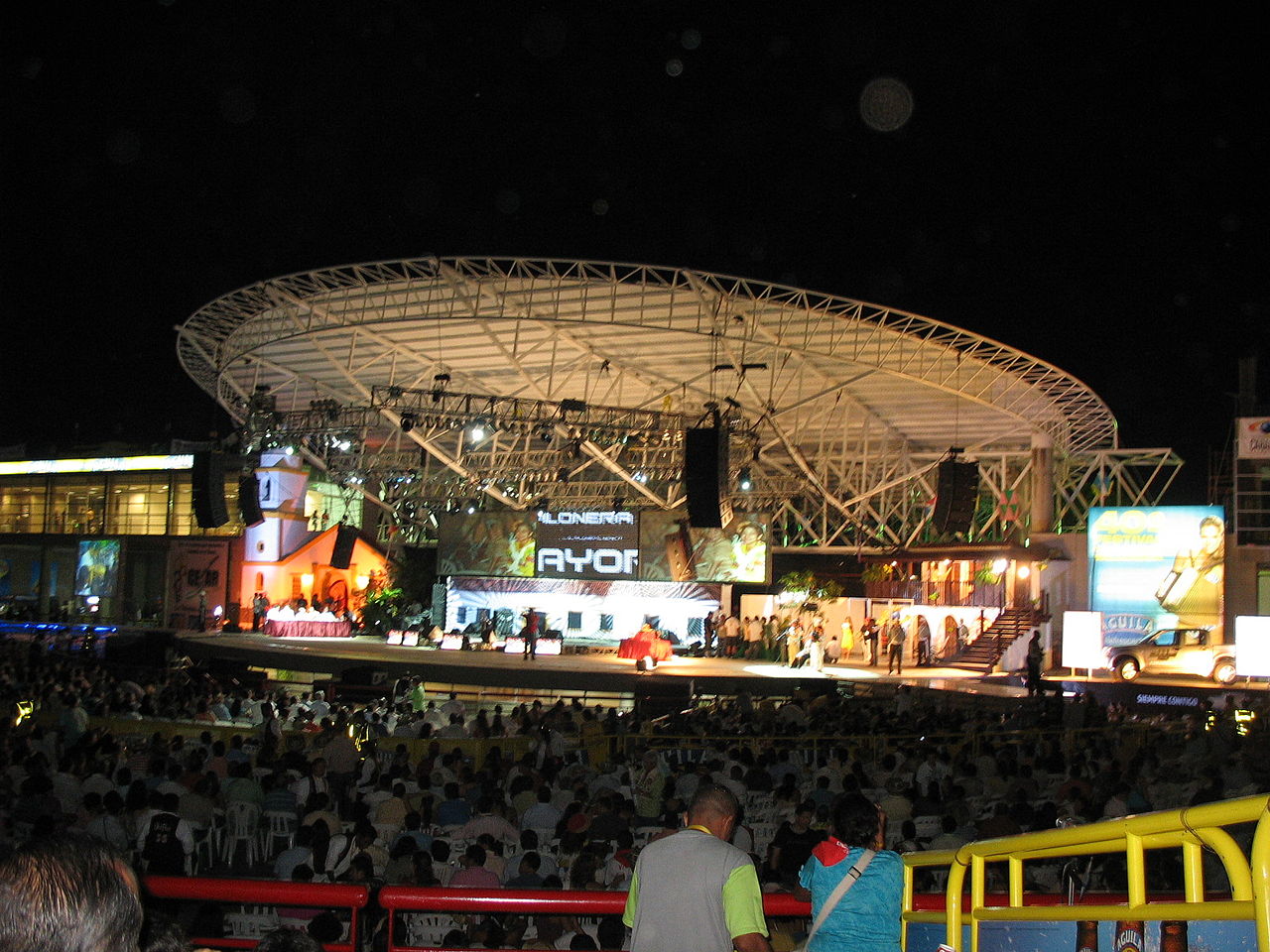 An edition of the Vallenata Legend Festival

As in any nation, Colombia has a rich and varied folklore. But vallenato can be considered the National Music. Its origin is in the Atlantic coast, specifically from the regions of La Guajira, Bolívar, Magdalena o Cordova, but it has been spreading throughout the nation for many decades.

In its purest form it is performed with only three instruments. They are the diatonic accordion, which marks the melody, and two percussion ones, the box and the guacharaca, which mark the rhythm. However, over time others have been added such as the guitar, the flute or the harmonica.

Likewise, vallenato presents different modalities. For example, there is talk of meringue, walk, puja, are or the drum. More modern is the romanza, while the piquería is the improvised confrontation of two performers.

Throughout Colombia there are many events of this musical and dance genre. But the most famous is Festival of the Vallenato Legend, which takes place in Valleduparbelonging to the department of Caesar. It was created to institutionalize the festival of the Virgen del Rosario, about which there is an old legend, hence the name of the event. But, over time, musical acts have gained importance until they have become the main event for the exaltation and conservation of vallenato.

It would be impossible for us to talk to you about traditional Colombian clothing because each region has its own. For example, in the Caribbean, the palenquera female costume is typical, full of color and reminiscent of the African substratum. Instead, if we talk about the Andean, white blouses and flowery skirts dominate for women and equally white clothing with a red scarf for men.

However, there are two garments that are part of the most genuine Colombian tradition. Is about the ruana y the "turned" hat. The latter, which also comes from the Caribbean region, is famous throughout the world as a symbol of Colombian crafts. It is made with natural palm fiber and stands out for its decoration of geometric figures that recreate elements of indigenous culture.

For its part, the Ruane It is a loose and sleeveless poncho that is used as a cape and is also made by hand. It originates from the cold areas of the Andean mountain ranges and is also called a four-point shelter. Originally, it was a peasant garment, but today it is also a symbol of Colombian traditions in terms of clothing.

Gastronomy, essential among the traditions of Colombia

The tray paisa, one of the traditional dishes of Colombia

If we talk to you about Colombian cuisine, we must also make it clear that each region has its own typical dishesJust like their suits. But there are also some that have become representative of the entire country. This is the case of the many varieties of arepas, Tamales y pies.

But, above all, recipes like the ajiaco, which has become famous throughout the world, although it is shared with Cuba and other Latin American countries. However, the Colombian has a special preparation. Or, to put it better, two elaborations, since it is different from the The Caribbean Region of which is prepared in the Andean. The latter has corn, three kinds of potatoes, chicken, arrachaca (a tuber also called white carrot) and guascas to give it a spicy touch.

As for the ajiaco from the Caribbean Region, it contains salty beef and pork, yams, chili peppers and malanga (a tuber similar to potatoes, but with a flavor similar to dried fruit), all in its broth. Also, it is typical of this region the sancocho, which is prepared in different ways. The most popular recipes are tripe sancocho, pigeon peas with salted meat, turtle and seafood.

It is also typical of all Colombia the Bandeja paisa, a hearty meal that is made up of several foods, in the manner of our combined dishes. Specifically, it has white rice, beans, ground beef, black pudding, chorizo, pork rinds, fried eggs, arepa, a stew, and slices of fried plantain and avocado or tomato. As a curiosity, we will tell you that its name comes from the fact that everything is served on a tray. However, sometimes it is so abundant that it must occur in several.

On the other hand, if you find yourself in Bogota,, we advise you to try the Boyacense stew, also a nutritious dish. It carries several types of tubers such as turnips, broad beans or ibias along with pork, beef and chicken. As for the desserts, it is very tasty. merengón, a cream that can also contain fruit. But, in the Cauca's Valley, the refreshing is also typical crazy, a delight of fruit and condensed milk on shaved ice. And in the region of Antioch, you have the Porridge, which contains cooked corn, panela (sugar cane juice), milk and cinnamon powder.

In conclusion, we have shown you some of the main Colombian traditions. But we could also tell you about other events such as the Medellin Flower Fair or Easter processions en Popayán and customs like pot walk Sunday. Don't you think that such an exciting country deserves your visit?