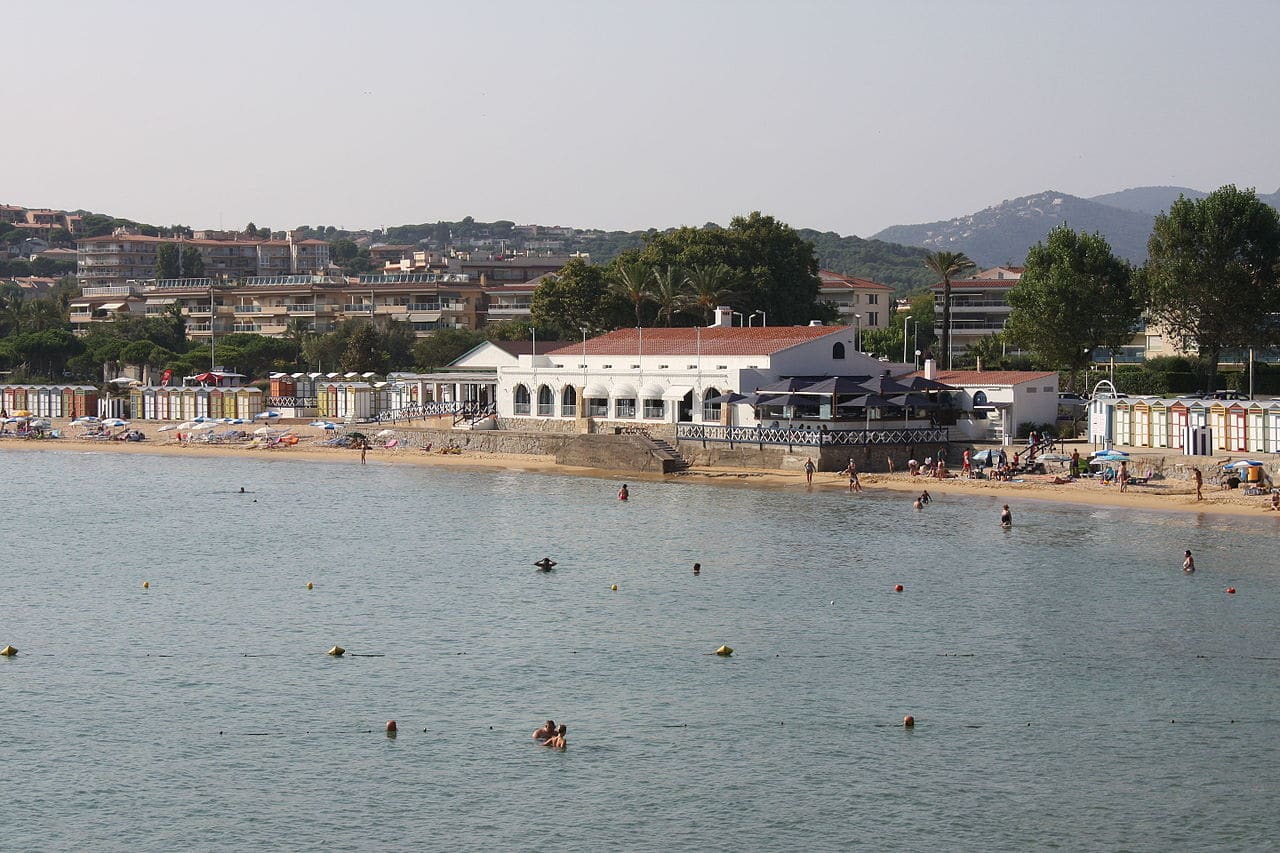 Playa de Aro is a beautiful Girona town located in the heart of Costa Brava. It was originally a fishing village and began its tourist takeoff when the Ensensa family planned to build a residential complex that today is S'Agaro, declared an asset of cultural interest in 1995.

Beautiful beaches, coastal paths that line the coast and offer you wonderful views of the Mediterranean and delicious cuisine are some of the things that Playa de Haro offers you. Would you like to meet her with us?

What to see in Playa de Aro

The Catalan town makes up the municipality of Castle-Playa de Aro next to the aforementioned S'Agaró and Castle of Aro. It is located in Bajo Ampurdán, between Palamos y San Feliu de Guixols, and its main attractions are natural.

The most important sandy area in Playa de Aro is called Great beach, almost two and a half kilometers long and with the category of blue flag. But, if you prefer a more intimate place to bathe in the sea, you have the Cala del Pi, which is preserved almost wild.

On the other hand, in S'Agaró you have the beaches of Saint Pol y Sa Conca, communicated by one of the coastal paths to which we alluded before and both also have a blue flag. Any of these sandy areas will make you enjoy a wonderful swim in the Mediterranean Sea.

The Cavall Bernat, a symbol of Playa de Aro

The Cavall Bernat is a gigantic monolith almost seven meters high that is located at one end of the Great Beach. It is believed to belong to the Neolithic and it is not the only archaeological remains in the area.

You can find it in Castell de Aro and it was built in medieval times, specifically between the XNUMXth and XNUMXth centuries. The interior is accessed through an imposing barrel vault and, thanks to various restorations, it is in perfect condition. It has the consideration of good of cultural interest.

If you visit Castell de Aro, you cannot miss this curious museum that exhibits about a thousand dolls arrivals from all over the world. They were made with the most diverse materials such as wool, ivory and even animal horns. The oldest, from the XNUMXth century, are on the first floor. You will find the museum very close to the castle mentioned above.

All in all, the most outstanding monumental attraction in the area is the S'Agaró urbanization. Its construction is due to the Ensensa family, as we said, but it is the work of the architect Rafael Masó i Valenti.

The entire complex responds to the style noucentista. Even some buildings constructed later have respected it. Therefore, it responds to the concept of garden City, that is, to the idea of ​​combining chalets and green areas. The former also show the influence of Catalan farmhouses. Among the buildings, elements such as the Senya White, hostel of the Gavina and Hope church. Currently, the whole complex is of national interest.

Another activity that you cannot miss on your visit to Playa de Aro is hiking through the coastal paths. They travel, between cliffs, a good part of the Costa Brava. Its origin dates back to the XNUMXth century, when they were designed for the Civil Guard to monitor smuggling by sea.

But currently they make up a tourist route that offers you wonderful views of the Costa Brava, with its cliffs and its small wild coves. One of the most beautiful is the one that connects Playa de Aro with Palamós through an impressive landscape.

What to eat in Playa de Aro

As a coastal town, the main raw materials for the cuisine of Playa de Aro are fish and shellfish among which stands out the prawn from Palamós. However, mountain products such as chicken or vegetables are also widely used.

Among the typical dishes stand out the forgotten, which has flaked cod, onion, peppers, tomato and black olives. It is a delicious salad. The Roasted Peppers Salad, which is made with roasted vegetables and, sometimes, has anchovies, magnificent in the area.

But one of the flagships of the gastronomy of the Costa Brava is the fish suquet, a stew that is usually prepared with monkfish and prawns. Equally famous are the rice dishes, among which the black rice, which has cuttlefish, mussels and, of course, the squid ink that gives it its name.

As for desserts, typical of all Gerona are the susos, some cakes filled with cream. And also the Tarte Tatin, of shortcrust pastry, apple and cream.

When is it better to go to Playa de Aro

The Girona town has a mild climate all year. Winters are cool, with average temperatures around fourteen degrees, while summers are warm, with averages around twenty-five degrees. On the other hand, it does not rain too much and the highest rate of rainfall is recorded in November.

Therefore, any time is good for you to visit Playa de Aro. However, in summer there are many tourists, so it may be better to go in spring.

How to get to Playa de Aro

The closest airport to the town is Gerona, which is in Vilovi de Onyar and it's about thirty kilometers away. To get to Playa de Aro by road, you have the highway AP 7, which runs through the entire Costa Brava. From there, you have to go out through the C-65, which takes you directly to your destination. 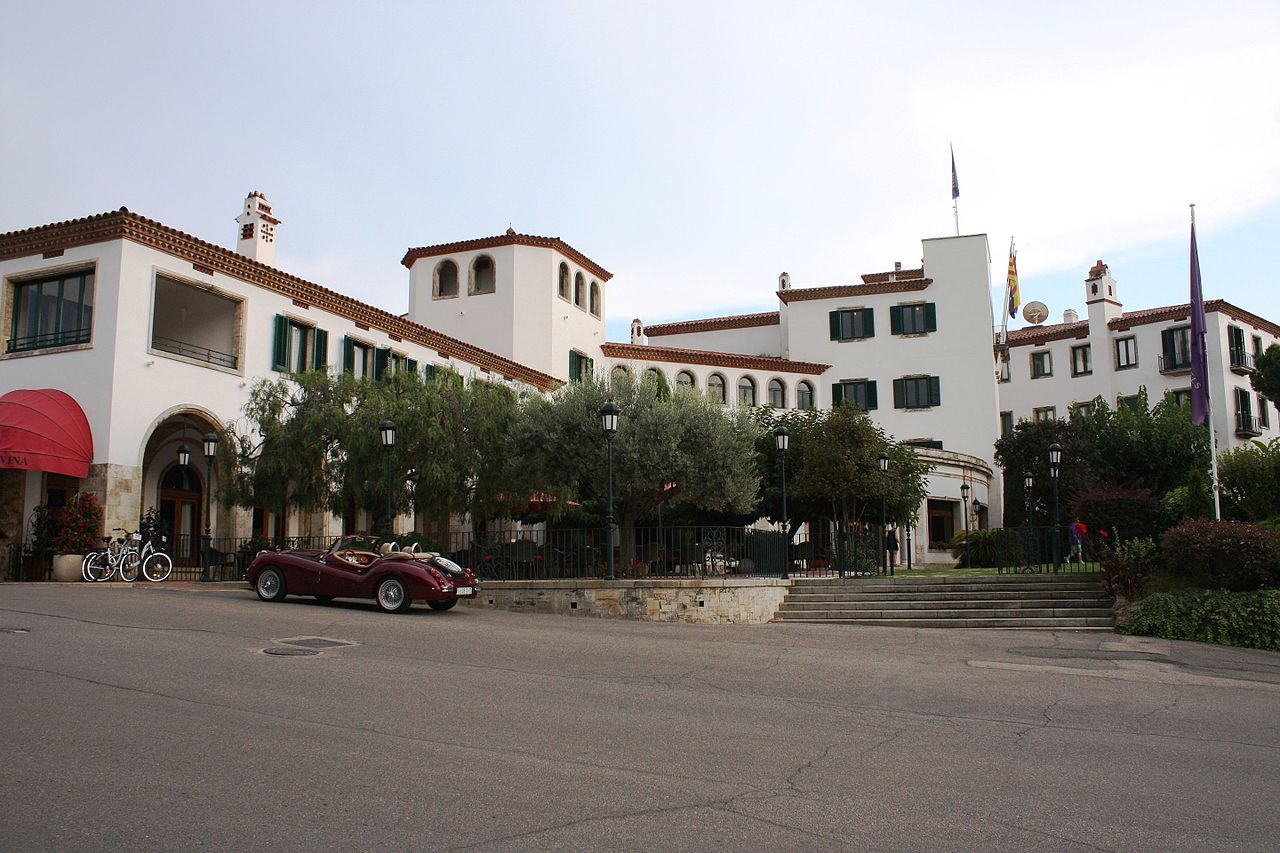 Hostel of the Gavina

If you don't want to take your car, you have bus lines both from Gerona and from Barcelona to Playa de Aro. You can even use the railroad. But the nearest station is Caldes de Malavella, which is located about twenty kilometers from the town of the Costa Brava.

In conclusion, Playa de Aro is a magnificent destination for your vacations. It has wonderful beaches and coves, dream landscapes, good monumental heritage and delicious gastronomy, all complemented by an excellent hotel offer. Do you dare to visit it?