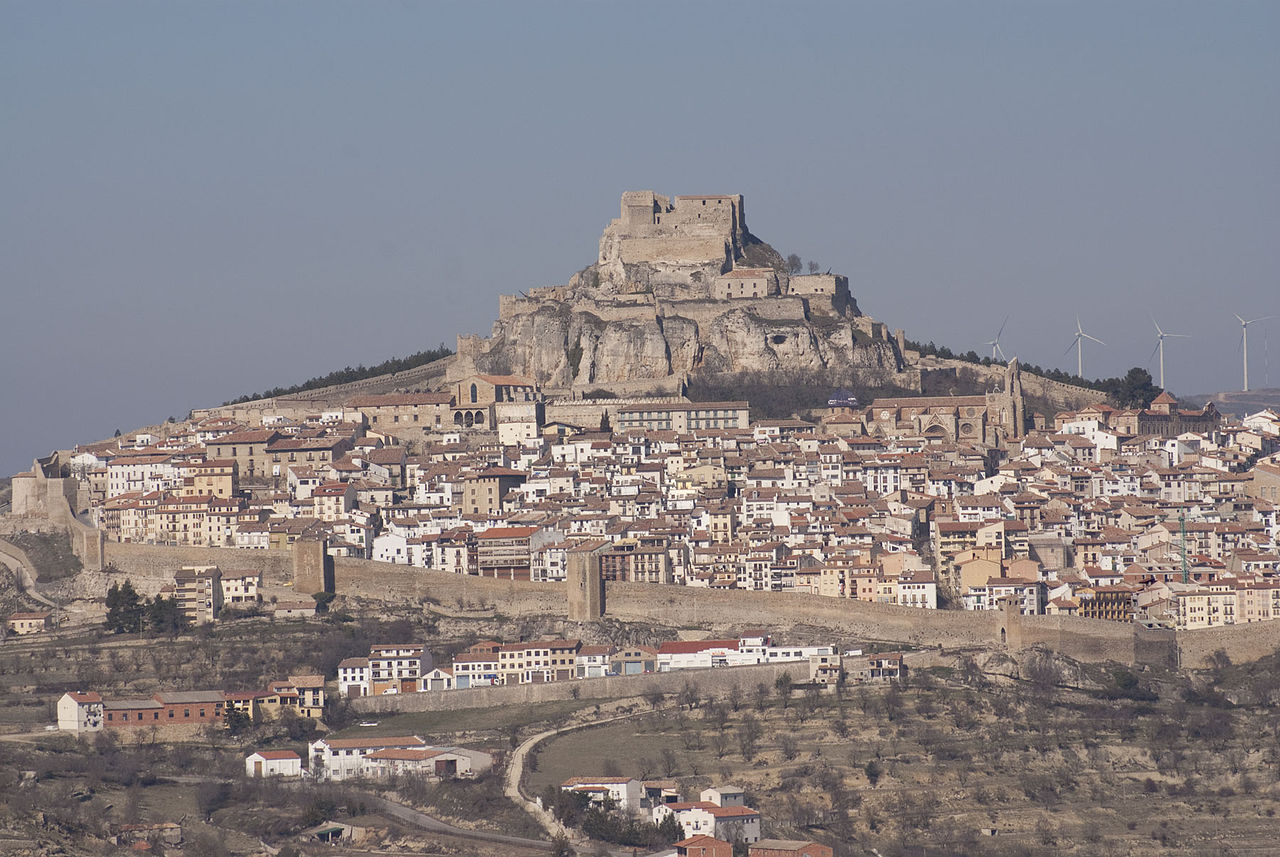 Find beautiful towns of the Valencian Community it's the easiest thing in the world. In Levantine lands there are some of the most spectacular towns in Spain and they have nothing to detract from, for example, those that you can find in Madrid (here we leave you an article about towns in the Community of Madrid), In Aragon or in Galicia.

Whether you prefer the coast or if you lean inland, the Valencian Community has everything you need. Wonderful mountain villages that seem sculpted in the rock and also coastal towns that have dream beaches and charming fishing ports. All this not to mention the rich monumental heritage of those lands. But, without further ado, we are going to show you five beautiful towns in the Valencian Community.

We will begin our tour of the interior of the province of Castellón to visit the historic Morella. We will continue with that of Valencia and we will end in that of Alicante to show you one of its little jewels: Guadalest, declared a Historic Artistic Site and integrated into the association The Most Beautiful Towns in Spain. 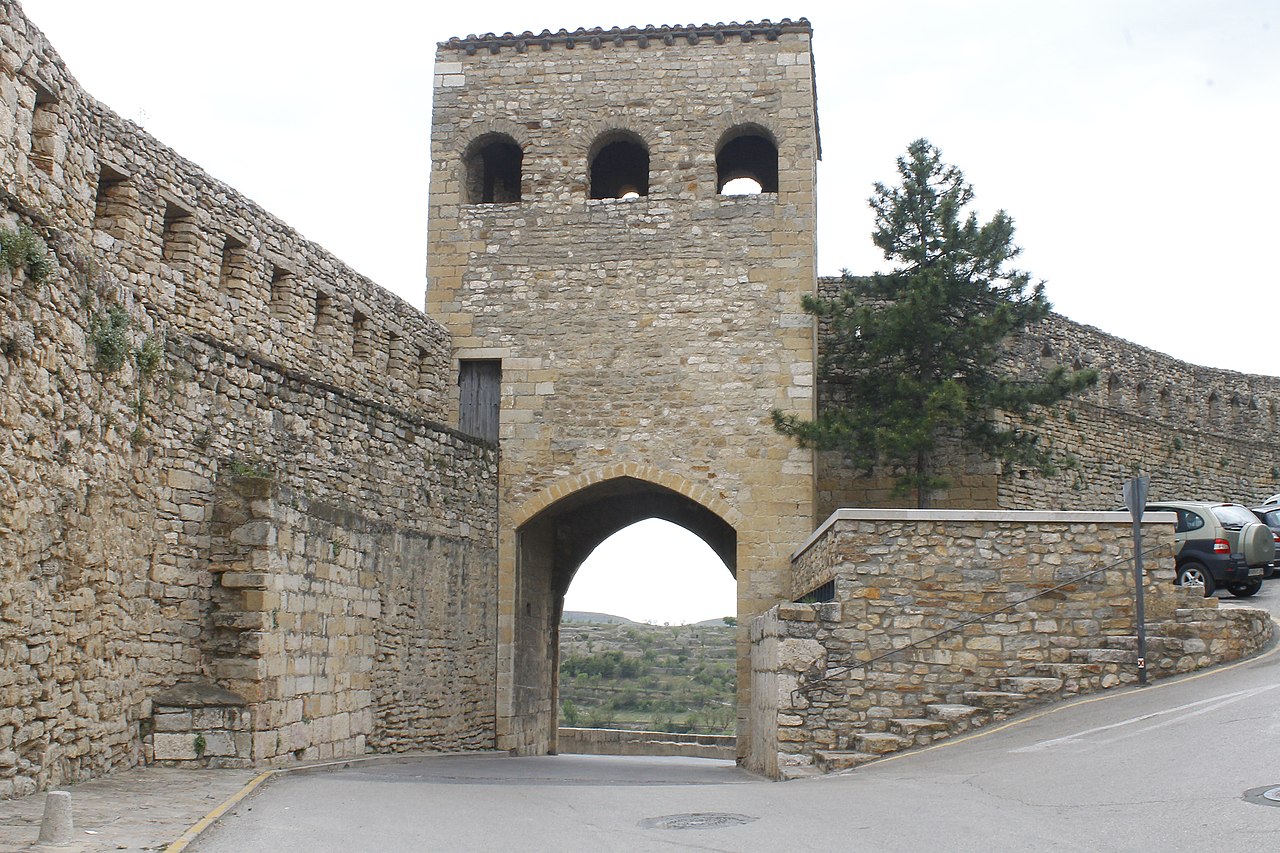 The walls of Morella

As we told you, Morella is in the interior, to the north of the Castellón province, and brims with history on all four sides. In fact, it is one of the most important towns in the region of maestrazgo, which received this name because it was under the authority of great masters of orders such as those of the Temple, Montesa or San Juan.

A simple general view of Morella is already spectacular, with its imposing castle dominating the houses that, surrounded by the medieval wall, seem to hang from the huge rock of La Mola where they are. This huge XNUMXth-century Arab fortification surrounded by walls consists of buildings such as the Governor's Palace, the cistern, different pavilions and the Pardalea and Homage towers, among others. As if that were not enough, archaeological sites from the Iberian, Roman and Visigothic times have been discovered in the surroundings of the castle. Specifically, the latter is one of the most important in the entire Mediterranean area.

But it is by no means the only thing you can visit in Morella. Just as impressive is the archpriest church of Santa María, a colossal Gothic building that preserves its original XNUMXth century stained glass windows. Among the jewels that it houses inside, are the spiral staircase that accesses the choir, the High Altar, an organ and a painting of sassoferrato.

The religious heritage of Morella is completed by the churches of San Juan, San Miguel and San Nicolás, the convent of San Francisco, the hermitage of Santa Lucía and the sanctuary of the Virgin of Vallivana, already about twenty kilometers from the town.

But you still have more to see in it. The aqueduct of Santa Lucia It is a magnificent work of hydraulic engineering in the Gothic style, to which the City Council also belongs. It also has numerous manor houses like that of Cardinal Ram, that of the Cofradía de Labradores or that of the Marquis de Cruilles. And, outside the town, you have the fortified house of the Brusca and Creixell. Finally, in the prehistoric caves of Morella la Vella there are cave paintings classified as a World Heritage Site.

Peñíscola, one of the most beautiful towns in the Valencian Community 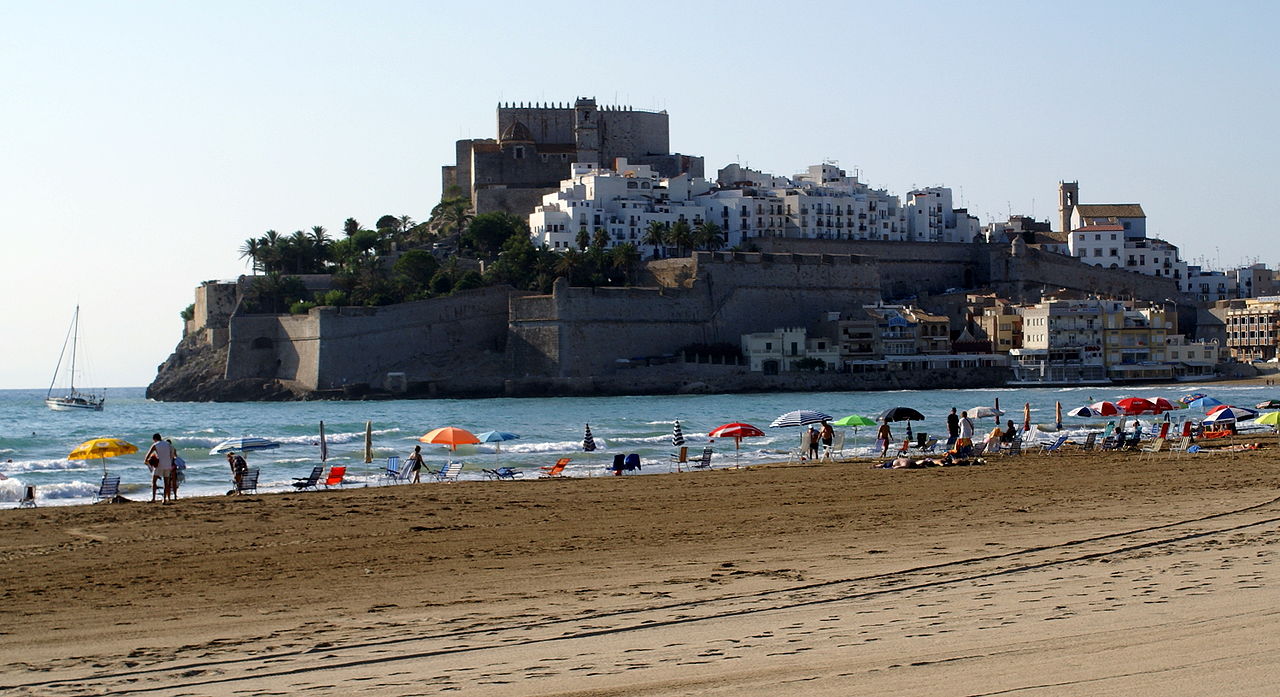 The castle of Peñíscola

Without leaving the Castellón region of Maestrazgo, but already on the edge of the sea, you have the town of Peñíscola, which has nothing to envy the previous one in terms of its monumentality and privileged natural environment.

Regarding the latter, in its municipal term is included the Sierra de Irta, one of the most virgin in the Valencian Community. It ends, precisely, in the sea, forming spectacular cliffs like that of Badum, where the remains of an old watchtower are preserved.

But you also have magnificent beaches in Peñíscola. Among them, the urban ones North and South, the one of the Viudas or the one of the Pebret. For his part, the famous Bufador It is a great gap between the marine rocks through which, on rainy days, the sea rises.

As for its monuments, the great symbol of the town is the castle of Papa Luna, a Templar construction that dominates it from a hill. Romanesque in style, it was built on an old Arab fortress and has a basilica inside. Likewise, one of its doors, the Fosc portal, is currently one of the entrances to Peñíscola. As an anecdote, we will tell you that the castle has served as the setting for series and films. Perhaps the most famous of the former is Game of Thrones.

You should also visit in the Castellón village the parish church of Santa María, which combines Romanesque and Gothic and in which Alonso de Borja, the future Pope Calixto III, was appointed bishop. And, next to it, the hermitages of San Antonio and Virgen de la Ermitana, as well as the Museo del Mar, in which you can see a tour of Peñíscola's fishing tradition since ancient times.

Chulilla, a great unknown among the most beautiful Valencian towns 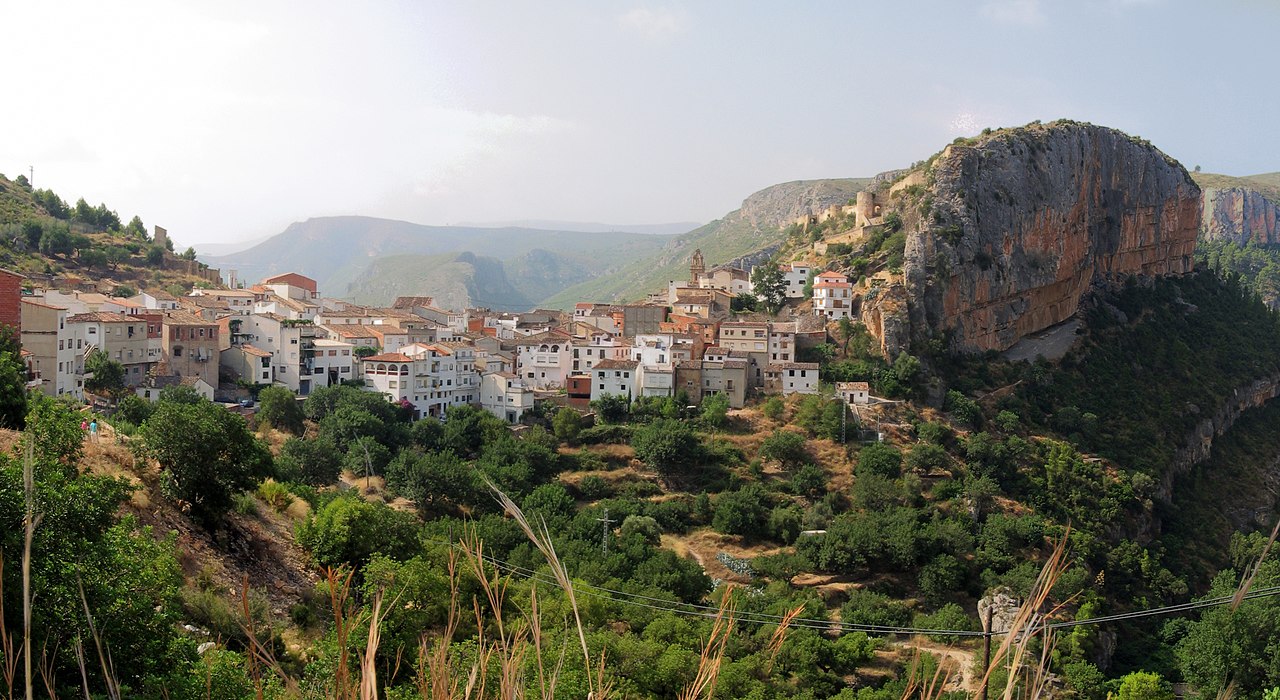 We leave the province of Castellón to reach that of Valencia and show you one of the hidden wonders of this land. We are talking about the town of Chulilla, located in the region of Los Serranos, about sixty kilometers from the capital.

The beauty of this town of white houses and narrow streets is spectacular. It is located on a high promontory at the top of which is the ancient arabic castle and that offers you spectacular views. But, if the town is beautiful, its surroundings are even more so, with canyons up to a hundred meters high above the Turia River and places like the Blue puddle, a beautiful lagoon. To know them, we advise you to call swamps route.

In the area, specifically in the ravine of FalfigueraYou even have cave paintings. We also recommend visiting the hermitages of San Josepe and Santa Bárbara. Finally, returning to the town, you must visit the church of the Virgin of the Angels, built in the XNUMXth century and which houses carvings and paintings from the XNUMXth and XNUMXth centuries. 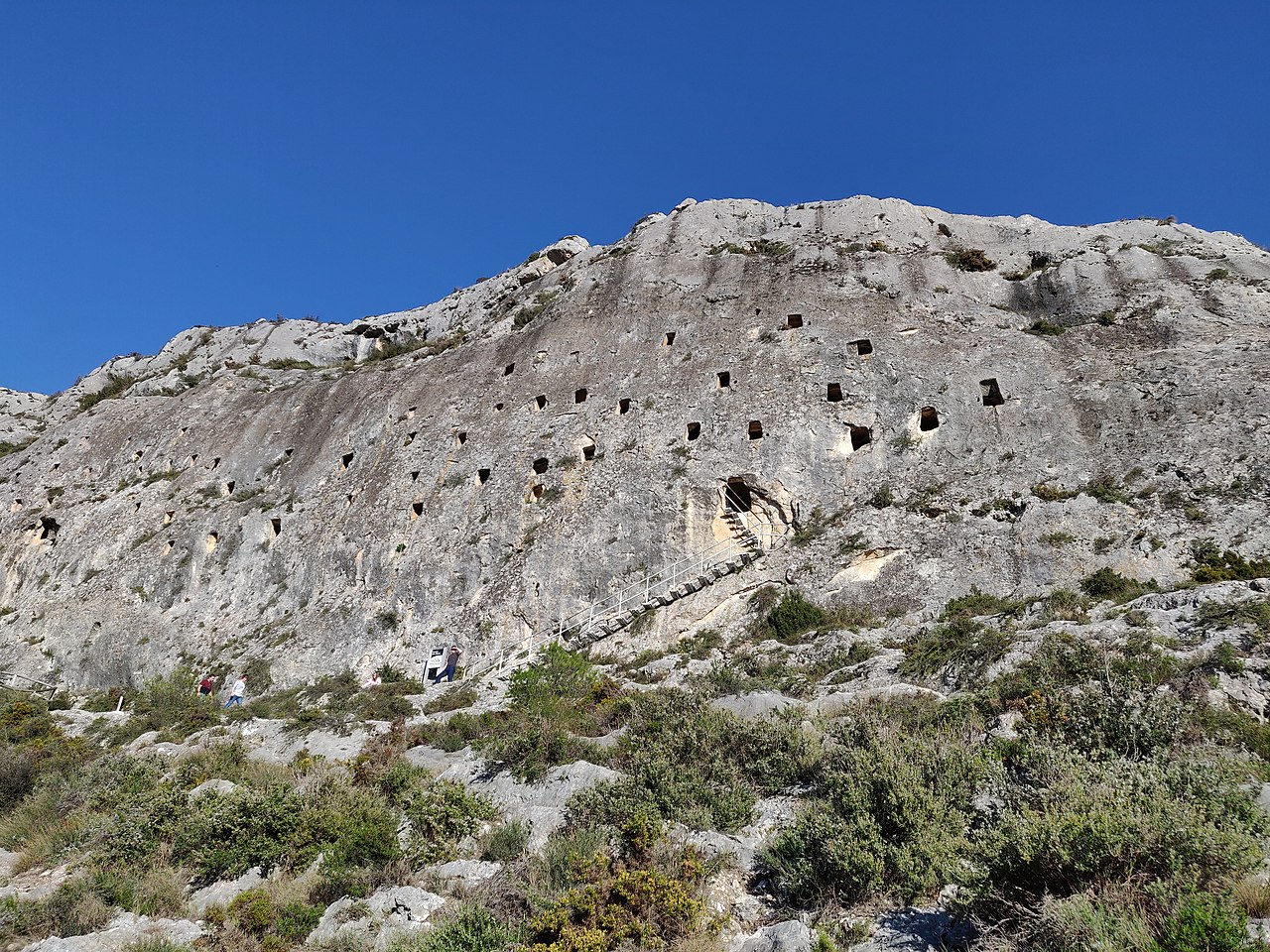 Caves of the Moors in Bocairente

Even more spectacular than the previous town is Bocairente, also located on a hill on the northwest slope of Sierra Mariola almost seven hundred meters high. All this makes it perfect for starting hiking trails.

However, the great attraction of Bocairente is its old town, declared Historic Artistic Set. A good part of it is made up of the La Villa neighborhood, old medieval nucleus full of narrow and steep streets. In the historic center of the town you can see the church of the Virgin of the Assumption, built in the XNUMXth century, although it combines Gothic with Baroque.

Other religious monuments that you can see in Bocairente are the hermitages of San Juan, the Virgen de Agosto and the Virgen de los Desamparados. But more curious is the cave monastery, an old underground convent that even had a church.

However, perhaps the symbol of Bocairente is the caves of the Moors. They are a set of artificial cavities created in the XNUMXth and XNUMXth centuries in a wall almost three hundred meters high. It is not known with certainty what they were intended for, but the most accepted opinion was that they were fortified granaries.

Also from the Islamic period is the Mariola tower, located on the top of the same name and that, likewise, had a defensive role. You can go up to it and enjoy impressive views. Finally, we advise you to visit the bullring in Bocairente, built in 1843; the San Blas snow well, used as a snowfield since the XNUMXth century, and the Hotel L'Agora building, which combines the Neo-Mudejar style with the Valencian Modernist style. 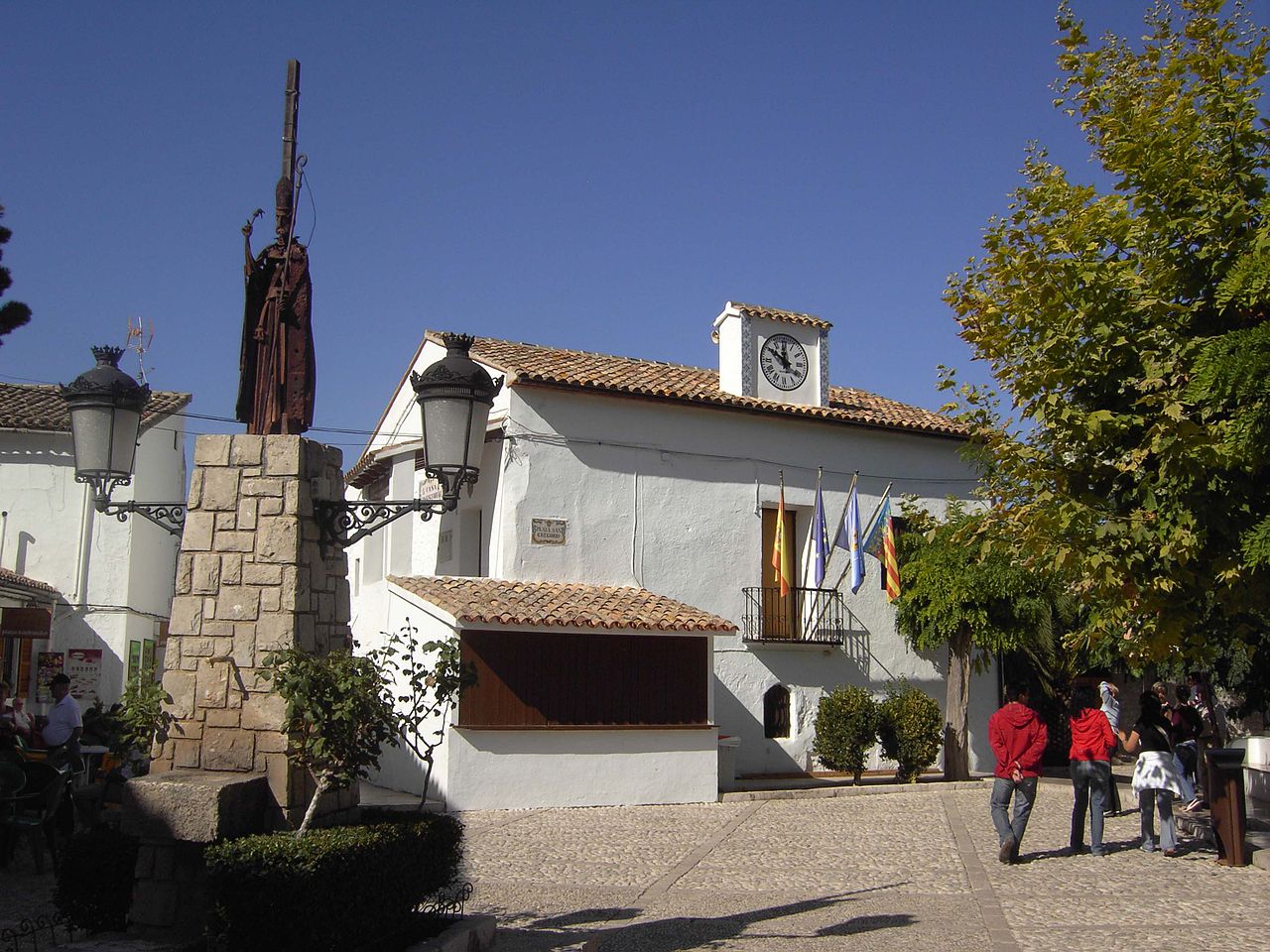 Finally, we come to the province of Alicante to show you another of the beautiful towns in the Valencian Community. It is found, specifically in the region of the Marina Baja, in a spectacular enclave between the Aitana and Xortá mountain ranges. And, as we told you, it was declared a Historic-Artistic Site in 1974.

Located almost six hundred meters high, its great symbol is the castle of san jose, an XNUMXth century Moorish fortress that dominates the entire valley. He was not the only one in the town. It also had the Alcozaiba castle, of which only one tower remains in ruins.

For its part, the church of Our Lady of the Assumption It was built in the XNUMXth century and is in the Baroque style. The old XNUMXth prison is located on the ground floor of the Town Hall and the Orduña House It is a XNUMXth century noble palace. Inside, in addition to paintings, you can see an interesting collection of ceramics.

And this leads us to tell you about another peculiarity of Guadalest: their museums. It has almost ten and some are as curious as those dedicated to nativity scenes and dollhouses, to instruments of torture, to micro-miniatures or to historical vehicles.

In conclusion, we have shown you five of the beautiful towns of the Valencian Community. But the Levantine land has many others. For instance, Altea, with its narrow streets framed by white houses; Xativa, with its imposing castle; Villajoyosa, with its peculiar painted houses (here you go an article about Villajoyosa) or Sax, dominated by a spectacular medieval fortress. Don't you want to meet them?