All Châteaux de la Loire are an institution when it comes to travel, since there are routes to see the most beautiful and also enjoy the towns and cities that we meet along the way. In this case we are going to talk about the Castle of Chambord, a beautiful castle that is among the most visited on the routes of the Loire Valley Castles. This beautiful castle was a XNUMXth century royal residence and hunting lodge and festivities.

Let's see what we can meet us at the incredible Château de Chambord and we will know something about the history of this incredible place. If you want to make a route through the Loire Valley, this is one of the castles that must be among the essentials of our route.

History of the Château de Chambord 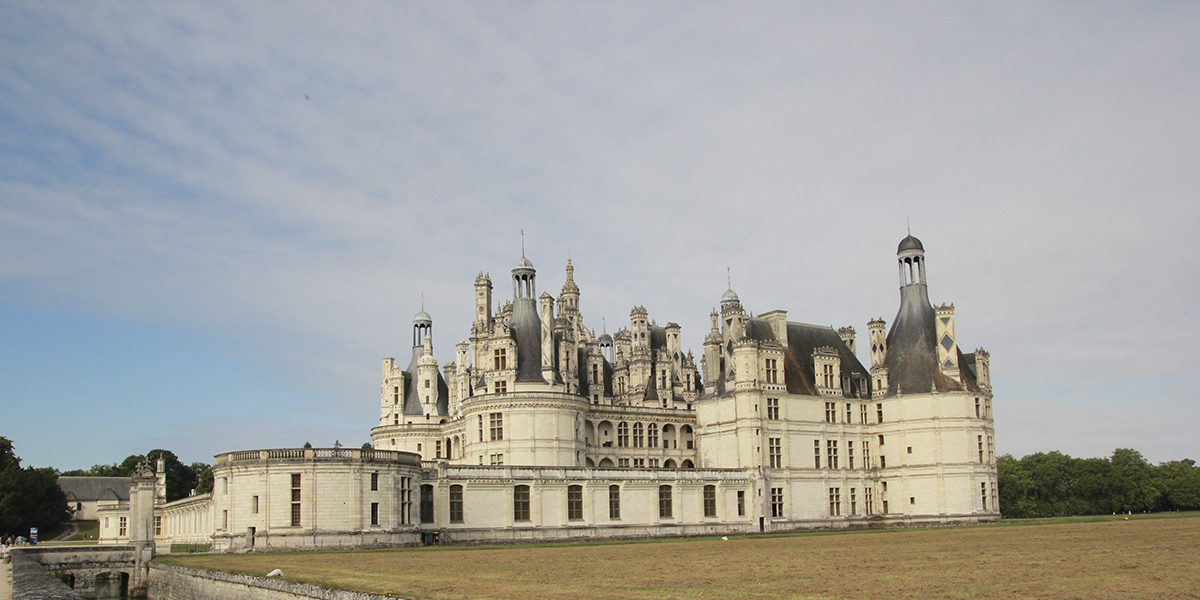 Upon the arrival of Francis I of victory at the Battle of Marignan in 1515 he decided to create this great castle. This castle was not intended to be the royal residence, but to be a symbol of power that would become a testimony to the French Renaissance. This castle was used as a hunting and party pavilion because the king resided in the Château de Blois and the Château de Ambose. Its initial architecture was thought by Domenico di Cortona although it later changed. It is thought that Leonardo da Vinci could even be involved, since he spent the last three years of his life in the Château de Clos-Lucé. Since 1981 it has been a World Heritage Site. After Francis I the castle was left forgotten until Louis XIII gave it to his brother who restored it. 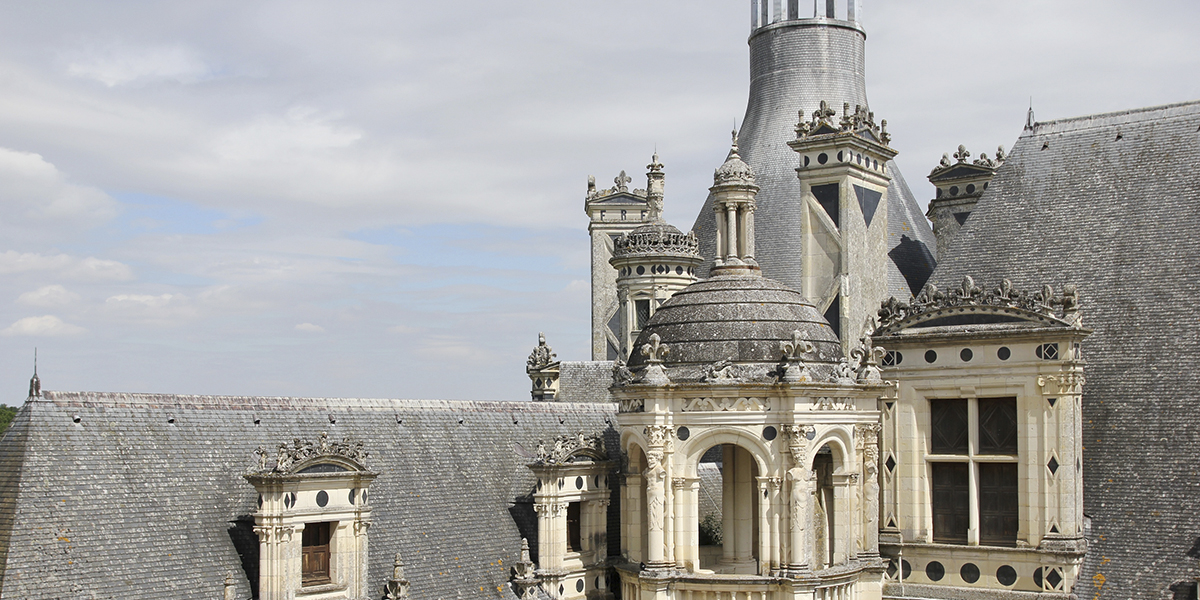 This castle is a really impressive and well-kept place. The castle is very symmetrical in its construction and has eight towers, more than four hundred rooms, about three hundred fireplaces and 84 staircases. Another thing that stands out is that the castle is surrounded by more than fifty square kilometers of trees and forests. Its incredible gardens are another of the things that usually attract attention. Its rooms have been restored and in them you can see hundreds of old objects that are authentic works of art. In short, a visit that surprises for the dimensions and beauty of everything we can see. This place is also a natural reserve of wild fauna and game that extends for hundreds of hectares that are open to the public so that they can explore the trails.

The keep and the double helix staircase

There are some things in the design of this castle that are very peculiar and special. The double helix staircase is the jewel of the castle and was inspired by Leonardo da Vinci, a true genius who never ceases to amaze. There are two stairs that take us to the floor of the keep in the castle. They are two stairs that intersect while ascending without actually crossing, hence you can go one or the other without actually crossing them to reach the top.

Look for the salamanders

In the design of the castle we can see many stone carvings and one of the things that can be seen is the salamander, an animal that seemed to be representative and important. So if you want to keep the details of this great work, look for those salamanders because you will even find them carved in the stones of the ceiling. 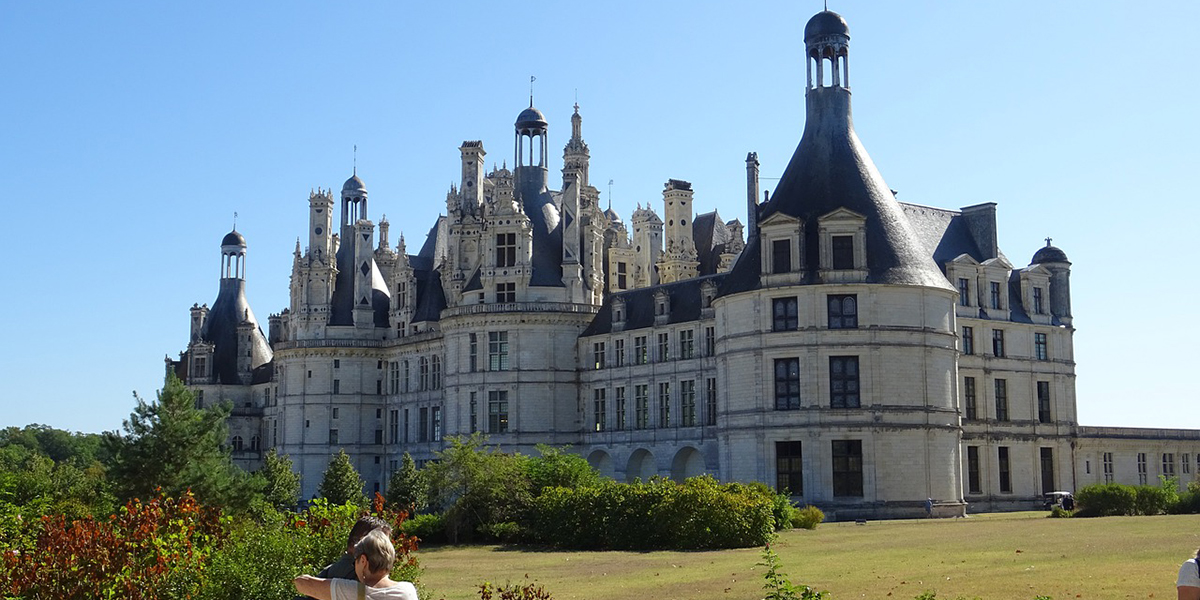 This castle also has impressive French-style gardens where we can see that exquisite care for details and symmetry. However, this garden has not always been like this, since it was finished being restored and planned in 2017. Today we can enjoy more than 200 roses, hundreds of bushes and meters of grass. These typically French gardens from the reign of Louis XIV have been recovered and further enhance the value of this beautiful castle that is surrounded by elegant green areas.

This castle represents the Renaissance in France and in its rooms we can find authentic works of art because it is a really cared place. In them we find great examples of French upholstery, for those interested in this topic. But we can also see the rooms in which Louis XIV slept. Inside we will see that it is a castle where the last detail is taken care of with many pieces of great historical importance.

In this castle we also find a museum with many ancient works and pieces worth exploring. In it we can see XNUMXth century hangings, weapons of Louis XV, a tapestry from the Savonnerie manufacture and paintings by authors such as Rigaud, Mignard or Girardet among others.