Madrid is one of the most important and cosmopolitan cities in Europe. In it you can find magnificent museums, a huge monumental heritage, the best shows, an exquisite gastronomy and a lot of fun during the day and at night.

However, very close to Madrid you can also find towns that exude a special charm and that they have nothing to do with the bustle of the big city. If you want to know them and put rural tourism into practice, we are going to show you some of them.

Located just sixty kilometers from Madrid and at the foot of the Sierra de Guadarrama, you will find this beautiful town that gets its name from the river that surrounds it. It highlights his walled enclosure, dating from the 1931th century. You can access its top by stairs and it has been a National Monument since XNUMX. It is part of the Buitrago castle, with its seven towers and its Gothic-Mudejar style.

The best way to visit Buitrago is on foot. You can leave your car outside and enter the town through the Old Bridge, dating from around the XNUMXth century. Once in the town, you are interested in seeing the church of Santa Maria, which also dates from the XNUMXth century, although its façade is in flamboyant Gothic style and was built in the XNUMXth century. Likewise, its tower is a magnificent example of Mudejar. And you should also visit the Forest House, built in the manner of XNUMXth century Italian villas for the comfort of the Duke of Infantado.

All Buitrago has the category of Historical-Artistic Set And you shouldn't abandon it without trying the Castilian soup, the beans and the lamb or the roast suckling pig. 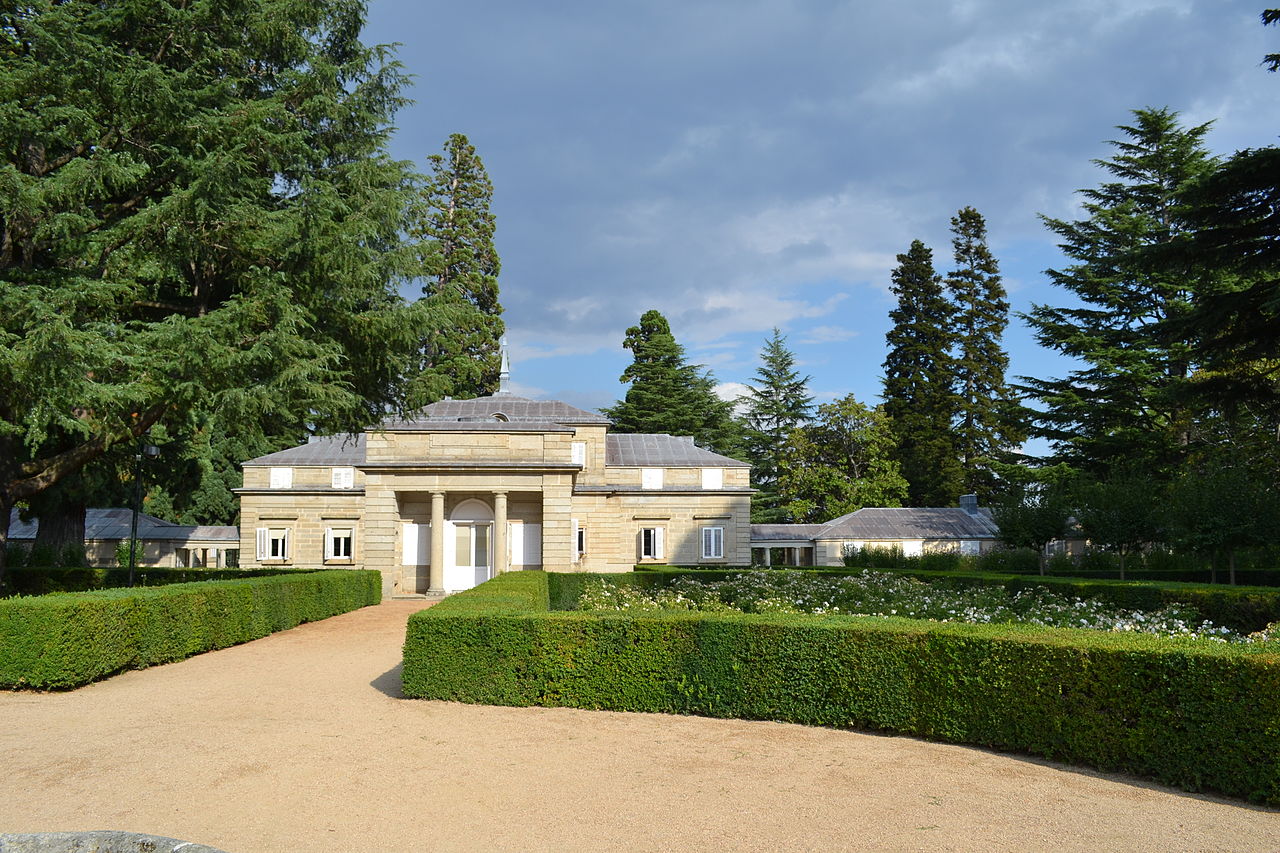 This town is known worldwide for its famous monastery, which King Felipe II ordered to be built. This colossal work is called that, although, next to the monastery, it has the royal palace, the basilica, the pantheon and a library. His style exemplifies the transition from Plateresque to Classicism and has been described as "the eighth wonder of the world."

However, El Escorial has many more attractions to offer. For example, the little houses of the Prince and the Infant, two palaces from the XNUMXth century built following the neoclassical canons; the trade houses, due to the architects Juan de Herrera and Juan de Villanueva; the Royal Coliseum of Carlos III, a small theater that has been popularly renamed "La Bombonera", or the Valley of the Fallen.

Moreover, the La Herrería and El Castañar farms They have enormous ecological value, with oak and ash forests. Before leaving San Lorenzo del Escorial, don't forget to try some snails and aniseed donuts.

Also this town in the southeast of Madrid located on the banks of the Tajuña river is Historical-Artistic Set. You must see in her her typical Plaza Mayor, made up of popular-type houses built between the XNUMXth and XNUMXth centuries. It is one of the best examples of the Castilian porticoed square.

Equally, it is worth visiting the church of Our Lady of the Assumption, which combines Gothic, Plateresque, Renaissance and Baroque styles and houses the Assumption of the Virgin painted by Francisco de Goya.
And also him castle of the counts of Chinchón; the Clock Tower, from the XNUMXth century, and the convents of San Agustín, current parador de turismo, and Las Clarisas, in Herrerian style. Finally, do not leave the town without having a glass of Chinchón, a typical aniseed drink of the town.

Located on the shores of the Santillana reservoir, Manzanares combines a magnificent monumental heritage with a still higher ecological value. The latter is due to the fact that, of its municipal term, almost seven thousand hectares are integrated into the Sierra de Guadarrama National Park and the rest in the Regional of the Upper Manzanares Basin. Therefore, if you visit this town, you will have a magnificent starting point for hiking tours and practicing other mountain sports in both parks. In doing so, you can also take the opportunity to see the hermitage of Nuestra Señora de la Peña Sacra, located at the top of this promontory and dating from the XNUMXth century.

Regarding its monuments, you must see in Manzanares the imposing Mendoza castle, which was built in the XNUMXth century but is one of the best preserved in Spain. Inside, you can also visit a medieval interpretation center. The old castle of Manzanares el Real has had less fortune in its conservation, although you can also visit it.

There are also good typical dishes in Manzanares. You must try the potatoes in the cauldron with kid and the pickled or stewed rabbit.

This small town hardly has any monumental heritage, only the church of San José, from the XNUMXth century, and the hermitage of the Virgen de la Oliva, from the XNUMXth century and in the Mudejar Romanesque style. But we will tell you that all Patones is a monument. Because their houses are made of slate and show typical architecture. The color of these buildings makes this town and other similar ones known as “black towns”.

Near Patones you have the Reguerillo cave, the most important in terms of caving in the Community of Madrid. And you can also see the Pontón de la Oliva dam with the imposing Canal de Isabel II aqueduct.
You can only access the town on foot and, although it was uninhabited, many of the old houses are now hostels, rural houses and restaurants. By the way, there you can eat a delicious suckling kid.

In conclusion, those that we have shown you are five of the most beautiful towns that you can find near Madrid. However, there are many others like Rascafría, near Peñalara; Torrelaguna, with its beautiful old town and its impressive church of Santa María Magdalena; Cercedilla, next to the port of Navacerrada, or The Hiruela, with its typical stone and adobe houses.