Summer is closer and closer and Greece appears in the destination of many people who already have their vacations scheduled. One of the most classic sites is Crete, the largest and most inhabited of the Greek islands.

An ancient, island culture, a long and rich history, beautiful beaches, tasty food, good popular music and very valuable archaeological sites identify this island that is our destination today in the hope that it will be our destination tomorrow ... How are we going to Crete, what do we do there and what are its best beaches:

Crete, in the Mediterranean

As I said Crete is one of the largest and most populated islands of the Greek islands. Its capital is the city of Heraklion, a city that is also counted as one of the largest in the country. One of the oldest chapters of history dates back to the Mycenaean civilization and the ruins of the Palace of Knossos and other archaeological ruins remain from that time, but the current capital is also an ancient city since its foundation dates from the XNUMXth century.

Heraklion will be your gateway to Crete. Here there is the commercial port and the ferry port that bring you or take you to and from Santorini, Mykonos, Rhodes, Paros, Ios and the port of Piraeus, in Athens. If you arrive in Greece by plane from America, you will surely enter through Athens so you connect the airport with the port and go from the plane to the ferry. The ideal is to stay for about three days in the Greek capital and then leave.

Anyway, if you arrive in Crete from European destinations you can arrive directly as It has an international airport. It is located a few kilometers, about five, from the city, and after Athens it is the one with the highest traffic. Of course, many flights go through Athens. The cheapest flights are those of low-cost airlines such as Ryanair or EasyJet, but if you travel in summer it is always advisable to buy as far in advance as possible because the island is very popular.

There are two other airports, less important but it is possible that your flight uses one of them. There is the military airport of Daskalogiannis, in Chania, And of Sitia, which concentrates only domestic flights. A flight between Heraklion or Chania and Thessaloniki lasts 90 minutes and Rhodes an hour. If you are more adventurous you can use the ferry but it takes much longer. 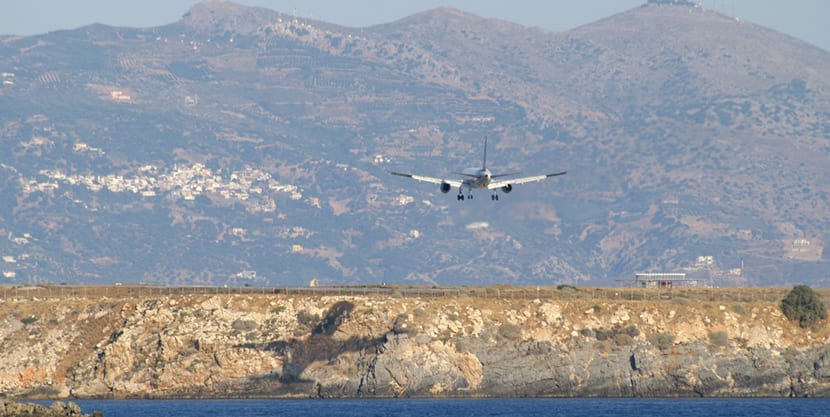 There is a daily service from Piraeus during the year and two more are added in summer. From Santorini, Mykonos and other Cyclades islands you can take fast catamarans. There are other routes from the nearby islands, but I think these are the most recommended for tourists. There are several companies: Anek, Sea Jets, Hellenic Seaways, LANE Lines, for example.

If you travel by car, you should book and the same if you travel at night or in the faster services. You can buy tickets on the companies' websites (They are usually cheaper than in search engines), and there are different prices according to the category and the distance to travel. If you are a student, ask about discounts.

How to get around Crete

First it must be said that in addition to Heraklion there are other important cities: Chania, Lassithi, Rethymno, Sitia, Agios Nikolaos and Ierapetra. To move around the island there is a transport service made up of buses. It is cheap and relatively efficient, although you may run into a bus that goes off the route and enters a village because a local passenger asks for it. In Heraklion there are two central bus stations and one of them concentrates the services KTEL (the bus business group).

Alternatively rent a car But keep in mind that credit cards are not usually accepted at gas stations, people do not respect traffic signs very much, local drivers are quite aggressive in their way of getting around and parking in cities is scarce. Also there are taxis But if your budget is limited, I do not recommend it because it is an expensive service. There are taxis everywhere, yes, and two rates: day and night.

Crete has many beaches. There are beaches in Chania, Heraklion, in Rethymnon, in Lassithi, Hersonissos and even some naturist beaches. The waters in summer are warm, between 26 and 27ºC in July and 20ºC in May. They are never very cold so there are people who say that it is possible to swim all year round. The calmest beaches with warmer waters are those on the north coast. They also have lifeguards. Of course, the winds are stronger and create waves so if you do not have experience in swimming in the sea ... be careful!

The beaches of the south coast always have fewer visitors and that is why some campers choose them to pitch their tents, although it is not allowed. Both on one coast and the other, if the beach is organized, you can rent deckchairs and umbrellas for between 5, 6 or 7 euros. It is optional, although it seems to you that the umbrellas occupy the entire island there is always a free and free sector to accommodate.

The beaches of Crete are safe because there are no dangerous animals. There are also some naturist beaches, although nudism is not officially authorized, it is tolerated. It is impossible to make a list of the best beaches in Crete because there are many, but my selection and that of many people is the following:

Consider that Crete has more than 1000 kilometers of coastline so there are not tens but hundreds of beaches, known, popular, secret, isolated. From all and for all the tastes. If you no longer have time to go this summer, consider the island for the next or maybe for another season. The low season is from November to March, the atmosphere is more relaxed, or the mid season which is from April to June and from September to October and gives us the best weather for hiking.