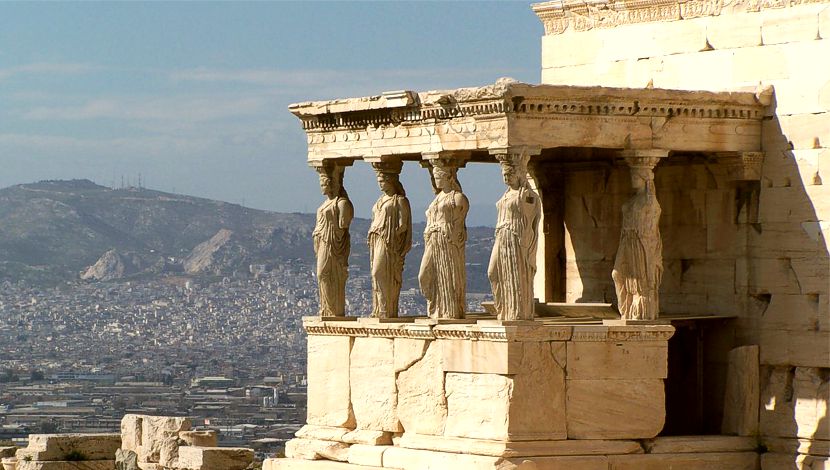 El Erechtheum It is the name of an ancient Greek temple that stands on the north side of the Acropolis of Athens. Considered a masterpiece of Ionian architecture, this temple was built between 421 and 406 BC. C. by Mnesicles, in order to replace the ancient temple of Athena Polias, which had been destroyed by the Persians during the medical wars around 480 BC. C.

This elegant Ionic temple contained various places of worship; throughout history it served as a church, palace, harem and military warehouse. Made of pentelic marble, this temple was the last significant construction made on the Acropolis and is known worldwide for containing the Porch of the Caryatids. The Erechtheion is a unicum, an Ionic temple of a special model, whose architect, Mnesiklés, once again faced the serious difficulties imposed by the topography and by the venerable vestiges of old sanctuaries related to the geniuses of the Acropolis.

The Erechtheion housed the oldest cults of the city, and was consecrated to the gods Athena Polias, Poseidon and Hephaestus and Erechtheus, the mythical king of Athens, who had been struck down by Poseidon and was buried in that place. This Athenian temple has two individual and irregular cells due to the unevenness of the land in addition to three uneven porticoes. The north portico is distinguished by the height of its columns and the delicacy of the capitals. The portico on the south side is famous for having the six caryatids or korai.