There are some three hundred and fifty Italian islands. We can say, therefore, that these are one of the greatest attractions of the transalpine nation. In addition, among so much variety, there are some with volcanic landscapes, others with beautiful white sand beaches and crystalline seas and even a third where archaeological remains of primitive cultures and monuments of splendorous times abound.

There are also large and highly populated areas along with other small ones where there are hardly any small towns. But collectively they are a wonderful tourist offer for you to visit them. If you dare, you can take a previous tour with us.

The most beautiful Italian islands

We are going to take you from the great islands of Sardinia and Sicily to the small and popular Capri, where the Emperor Tiberius lived his retirement, passing through Elba, where Napoleon was imprisoned, and through Ischia, bathed by the Tyrrhenian Sea, among other wonderful places.

Sardinia, a Hispanic past

Due to its size, it is the second largest island in Italy and the eighth in Europe. And for its population it has nothing to envy entire regions, since it has almost one million seven hundred thousand inhabitants. But the most beautiful of Sardinia it is found in its landscapes, archaeological remains and monuments.

It is also a mountainous island. In this sense, if you travel to it, you must see the imposing gorropu throat, which is the largest canyon in Europe, and the Sa Spendula waterfall. But you can also enjoy wonderful beaches and numerous artificial lakes.

In the monumental, the island houses archaeological remains of the nuragic culture, indigenous to Sardinia, which developed between 1700 and 268 BC. The most important deposit is in the fortress called Your Nuraxi di Barumini, declared a World Heritage Site in 1997. And it also has remains from the Phoenician era in Tharros. 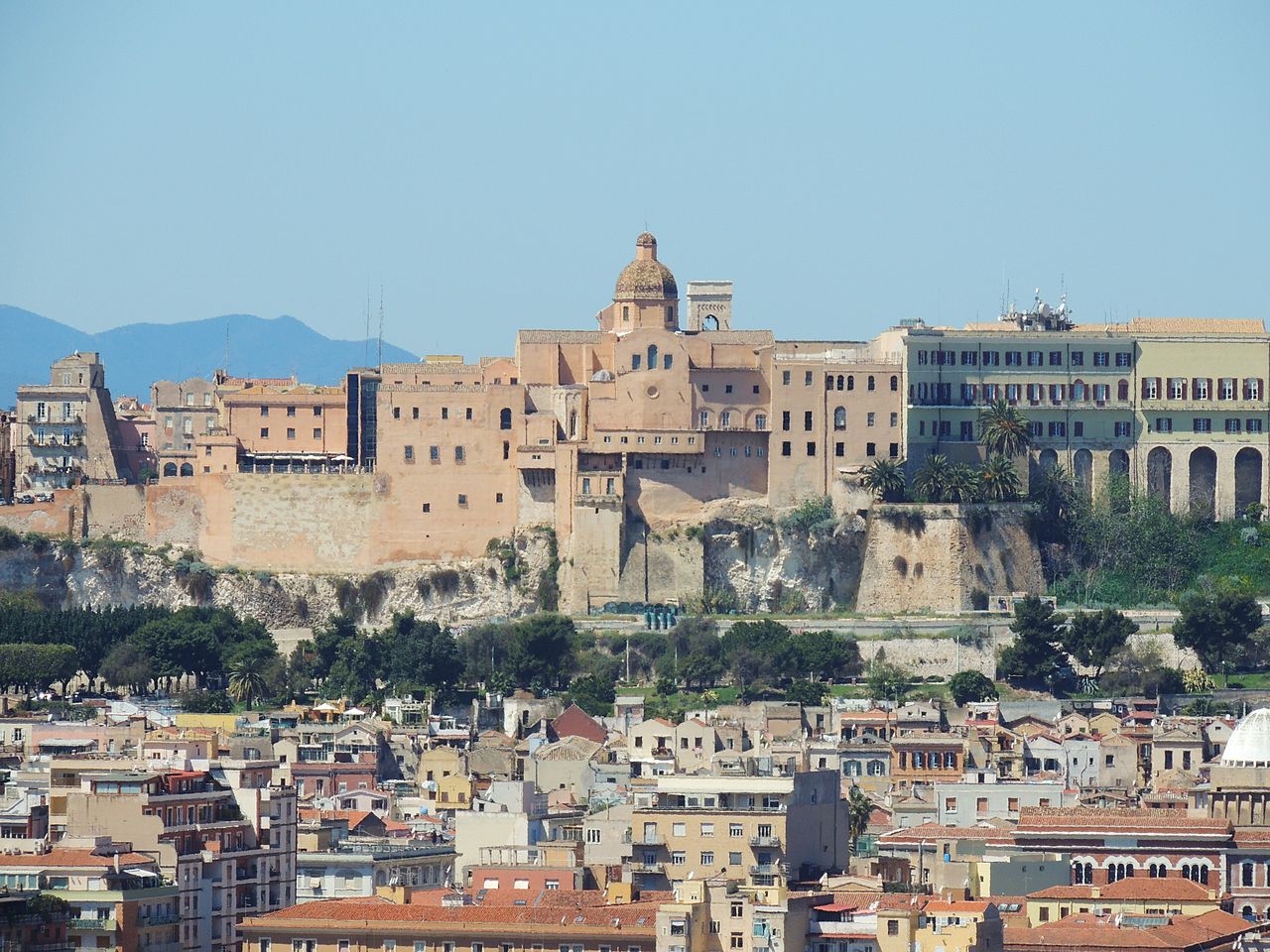 The capital of Sardinia is Cagliari, where you can see an impressive Roman amphitheater from the XNUMXnd century after Jesus Christ; the castle of San Michele, where the ruler of the island lived; the San Pancracio tower, built in the 130th century and is XNUMX meters high, or the Castello neighborhood, the old part of the city where the Cathedral of Santa María and palaces such as Arcivescovile and Reggio are located.

You should also visit Alghero, where they speak, in addition to Italian and Sardinian, an old Catalan that is reminiscent of the Spanish domination of Sardinia. It is not the only evidence of this. The Cathedral of Santa María and other historic buildings respond to Catalan Gothic style. In sum, of all the Italian islands, this is a must-see.

Sicily, the queen of the Italian islands

The largest of the Italian islands has about five million inhabitants. Separated from Calabria by the Strait of Messina, it has a long history that began in the Neolithic. Of this, there are archaeological remains in Termini Imerese. Later it was colonized by the Phoenicians and, later, by the Greeks, who founded cities such as SIRACUSA.

Numerous vestiges of this civilization remain on the island. The most important is the Neapolis archaeological park, where you can see the Greek theater and the latomías, some quarries that were used as a prison. Likewise, on the island of Ortigia are the Arethusa fountain and temples of Apollo and Olympian Zeus.

Other places worth seeing in Syracuse are the castle maniace, The beautiful Beneventano del Bosco palace or the basilica of St. John the Evangelist. But the island has another peculiarity. It's about the norman architecture. This people dominated the island between the XNUMXth and XNUMXth centuries, leaving wonders such as the Cathedrals of Santa Ágata de Catania and Monreale or the castles of Milazzo, Adrano and Caronia. Finally, don't forget to visit Agrigento, where is the impressive valley of the temples.

We radically changed registration to take you to the small island of Elba, known worldwide for having served as a prison for Napoleon Bonaparte. It is located on the Tuscan coast and belongs to the province of Livorno. It is green and mountainous, but you will also find beautiful beaches with calm waters.

Its capital is Portoferraio, founded in 1548 by Cosimo I de Medici as a defensive bulwark. Therefore, it has a wall and three forts that you can still visit today.

Ischia and its hot springs

This volcanic island is located in the Tyrrhenian sea, in the existing gulf north of Naples. Although it is small (barely forty-seven square kilometers), it functions as an important tourist center since it is famous for its hot springs.

It has also received illustrious visitors such as the writers Henrik Ibsen or Alphonse de Lamartine. And, on Mount Vico you can visit the remains of a Mycenaean Bronze Age acropolis. In addition, it is a perfect place for hiking and diving.

Sant'Angelo It is a beautiful fishing village and you should not leave the island without trying the rucolino, a native liquor that is made with arugula.

Capri, the most famous of the Italian islands

It is also in the Gulf of Naples and is, from a tourist point of view, one of the most famous Italian islands. The fact that it was chosen by him will give you an idea of ​​its beauty. Emperor Tiberius to retire. It barely has ten square kilometers in size and about twelve thousand inhabitants. Despite this, it has two populations that have sustained, from time immemorial, an enormous rivalry. They are the coastal Capri, the nerve center of the island's trade, and the interior Anacapri, which is located on the slopes of Mount Solaro and from which you have wonderful views of the gulf of naples.

Famous for the volcano of the same name that has made it famous, this small Tyrrhenian island hardly receives tourists so it offers you a lot of tranquility. It has two small towns, which are more picturesque: Ginostra, with the smallest port in Europe, and Stromboli, with a peculiar black lava beach.

Lípari, the largest of the Aeolians

Like the previous one, it belongs to the archipelago of Las Aeolian Islands, Which is Heritage since 2000. It will be a real pleasure to walk through the narrow streets typical of its capital, with just four thousand inhabitants.

A bit of gastronomy

As you know, Italian cuisine is exquisite and includes much more than pastas and pizzas. To finish our trip through the Italian islands we are going to propose some of the most typical dishes of them. So, you must try the Sardinian picorino cheese in Sardinia, the cannoli in Sicily, the imbollite (omelette with figs) from Elba, the Rabbit cacciatore of Ischia, the Caprese salad of Capri and the cunzato bread of Lípari.

In conclusion, the Italian islands offer you everything. Wonderful beaches and landscapes, archaeological remains of an important past, many monuments and a tasty gastronomy.