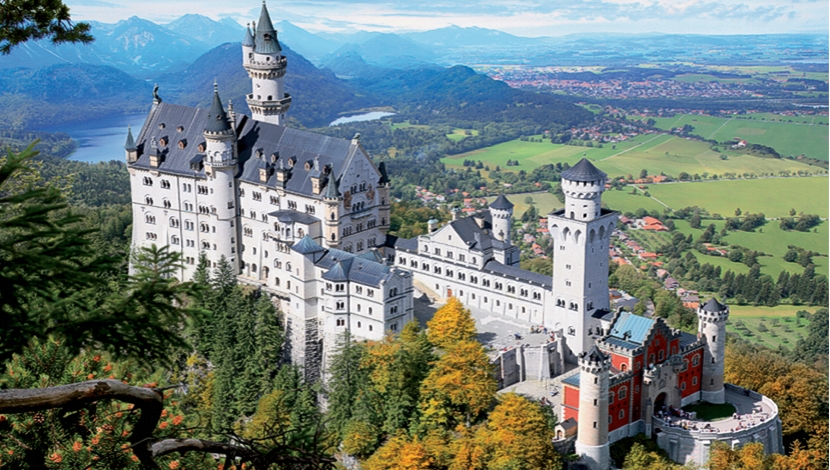 Located close to the Austrian border, just an hour and a half southwest of the German city of Munich and close to the charming old town of the town of Füssen, is the Neuschwanstein Castle, one of the best-known historical buildings in Germany and one of the most popular German destinations for tourism, an attraction that receives close to a million and a half visitors each year.

This famous castle was built by order of Louis II of Bavaria, sadly known as the 'mad king', who influenced by German mythology and the heroic works of the time decided to build it at a time when castles and fortresses were of no use from a defensive point of view. This castle is presented as a Neo-Gothic and Neo-Romanesque style construction that sought to harmonize with the spectacular environment where it is located, bordered by mountains and lakes of the region.

Neuschwanstein Castle is located on a promontory overlooking the Pöllat gorgeat the foot of the Bavarian Alps, and stands close to Hohenschwangau Castle and the Alpsee and Schwan lakes. The Castle Lookout offers spectacular views of the region, including the lakes, Hohenschwangau Castle and the Marienbrücke, the cable-stayed bridge in the Pöllat Gorge.