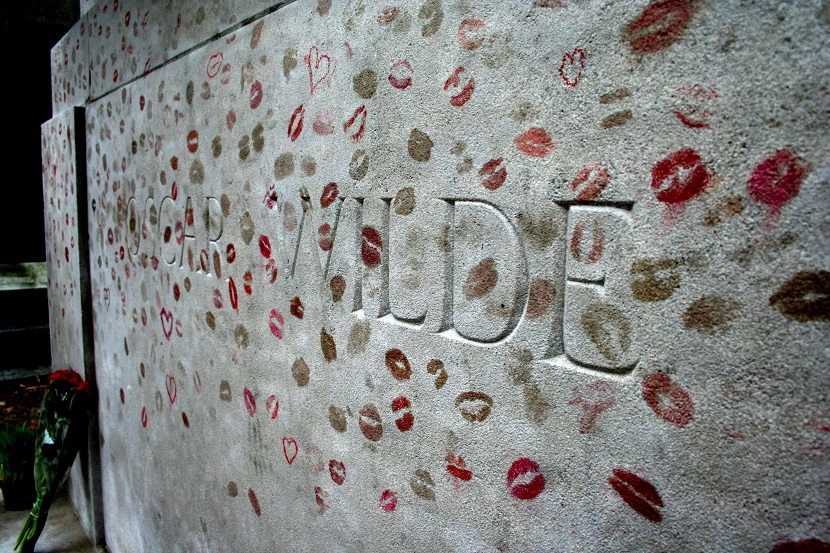 El Pére Lachaise cemetery It is one of the most visited places in Paris, since the characters buried there rival in fame with the illustrious who rest in the very Pantheon. One of these characters is the famous XNUMXth century Irish poet and writer  Oscar Wilde. And his grave is well worth a visit.

A 20-ton block of stone was chiseled to create a winged figure resembling the sphinx taking flight forward with its wings vertically extended. The statue is based on Wilde's poem "The Sphinx." But there is something that has made this monument even more popular: the kisses marked on the tombstone, a carmine imprint that serves to pay homage to him along with other spontaneous inscriptions.

This fashion began in the 90s, with an innocent first kiss on the grave. What the padlocks of Milvio Bridge in Rome, the example was followed by more and more people when someone decides to leave a lipstick kiss on the grave. Another cult pastime in the French capital, although punished with severe fines.

But no matter how much the authorities try, it is an unstoppable phenomenon. The red lipstick stains have seeped into the stone and are nearly impossible to erase without damaging the statue.

In 2011, to celebrate the 111th anniversary of the death of Oscar Wilde, the authorities lifted a glass barrier surrounding the grave. Now tourists leave their kisses on the glass. You can not put doors to the field.