Patones de Arriba is located in the foothills of the Sierra del Ayllón and belongs to the peoples of the call black architecture, typical of this area. It receives this name for using slate as a construction material, which is very abundant there and which gives houses dark colors giving them a very peculiar effect.

With barely six hundred inhabitants today, Patones de Arriba is one of the most charming towns in Madrid and therefore an important tourism center that holds the category of A Cultural. If you want to know this town, we invite you to follow us.

What to see and do in Patones de Arriba?

The mountain town is located sixty kilometers from Madrid, in the basin of the Jarama river and about eight hundred meters of altitude. Although its size is small, it has several points of interest on its perimeter and in its surroundings. In fact, the houses of Patones de Arriba are worth your visit for their peculiar dark and slate appearance. All of them are part of the Ecomuseum of the Outdoor Slate.

Built in the seventeenth century, curiously it does not respond to the canons of black architecture, but is made of stone. You will find it at the entrance of the town and is currently used for exhibitions and tourism promotion activities.

Hermitage of the Virgin of the Olive

Here at the Pasture of La Oliva and four kilometers from Patones, is this small construction of the twelfth century and Romanesque-Mudejar. It's in ruins. Only the quarter-sphere-shaped apse and the beginning of the central nave are preserved, which has a barrel vault structure. Also, in this pasture, you have more to see.

It is the largest underground cavity in the entire Community of Madrid. It has three floors of which the lower ones are longer. Places such as the Maze or the Gran Vía. Likewise, there have been found paintings. But, currently, you cannot visit it. It is closed due to deterioration caused by vandalism. It is also located in the Dehesa de la Oliva, as are our following points of interest.

Although its origin was pre-Roman, with the arrival of these conquerors its streets and facilities improved. Later it was necropolis and is currently being excavated.

It is a dam built in 1857 and currently in disuse. He controlled the waters of the Lozoya river and it was part of the Canal de Isabel II, which provided water to Madrid. It will impress you by its dimensions, with twenty-seven meters in height and seventy-two in length. As for its thickness, it is thirty-two meters at the base and almost seven at the top. All of this made her a pioneering work in its time. 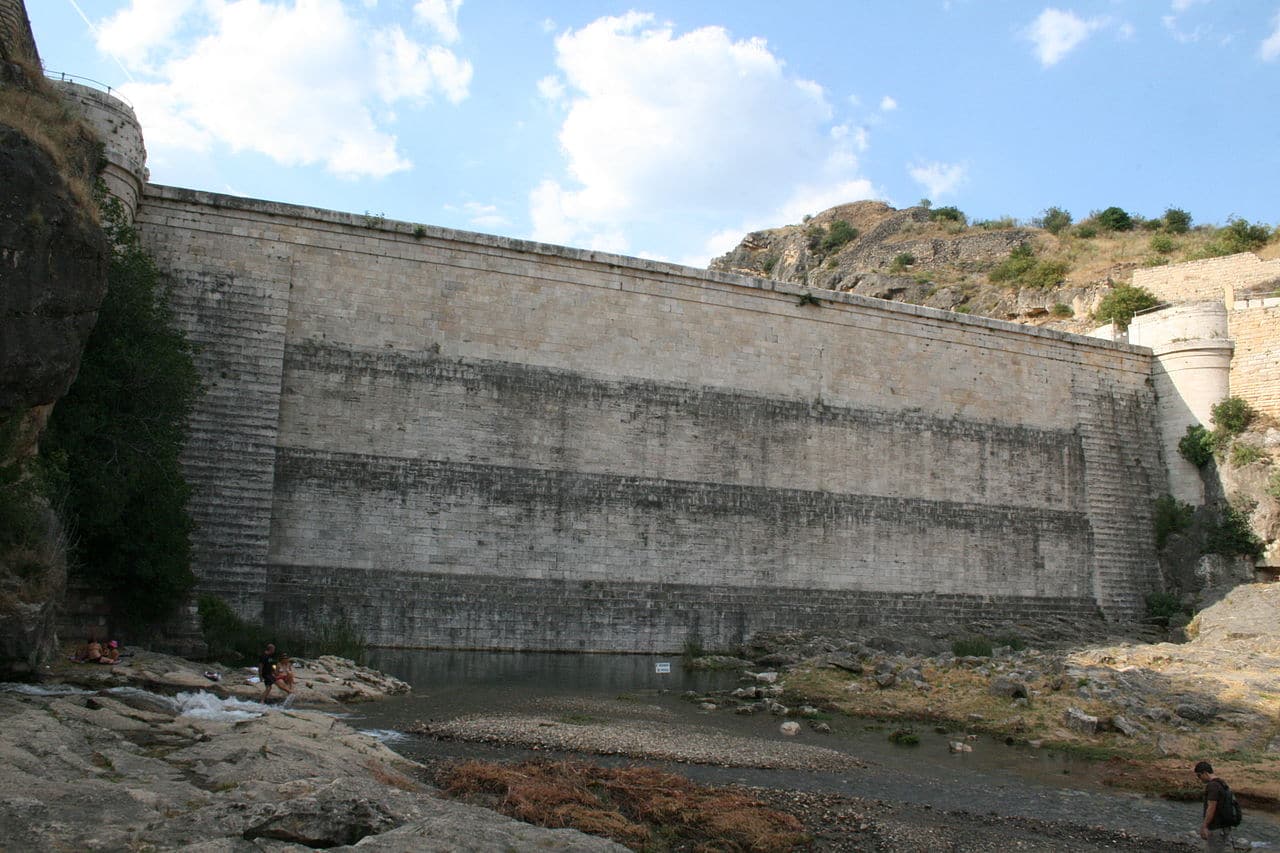 Activities in Patones and its surroundings

The environment of Patones de Arriba is full of ravines and paths that will allow you to do great hiking trails. In this sense, you can get closer to the Cárvadas, capricious geological formations that seem from another planet.

You can also practice escalation in the area and, when you leave, take the route that goes to the El Atazar reservoir. In the tour you will find viewpoints with stunning views.

Such a small town also has its legend. It is about the King of the Patones, which was collected even by such illustrious travelers as Anthony Ponz in the XVIII century. Apparently he was a shepherd monarch whose kingdom was centuries old and who was obeyed by thousands of peasants and animal keepers. The story of such a curious monarchy ended when a real king, Carlos III, appointed a mayor of the municipality. 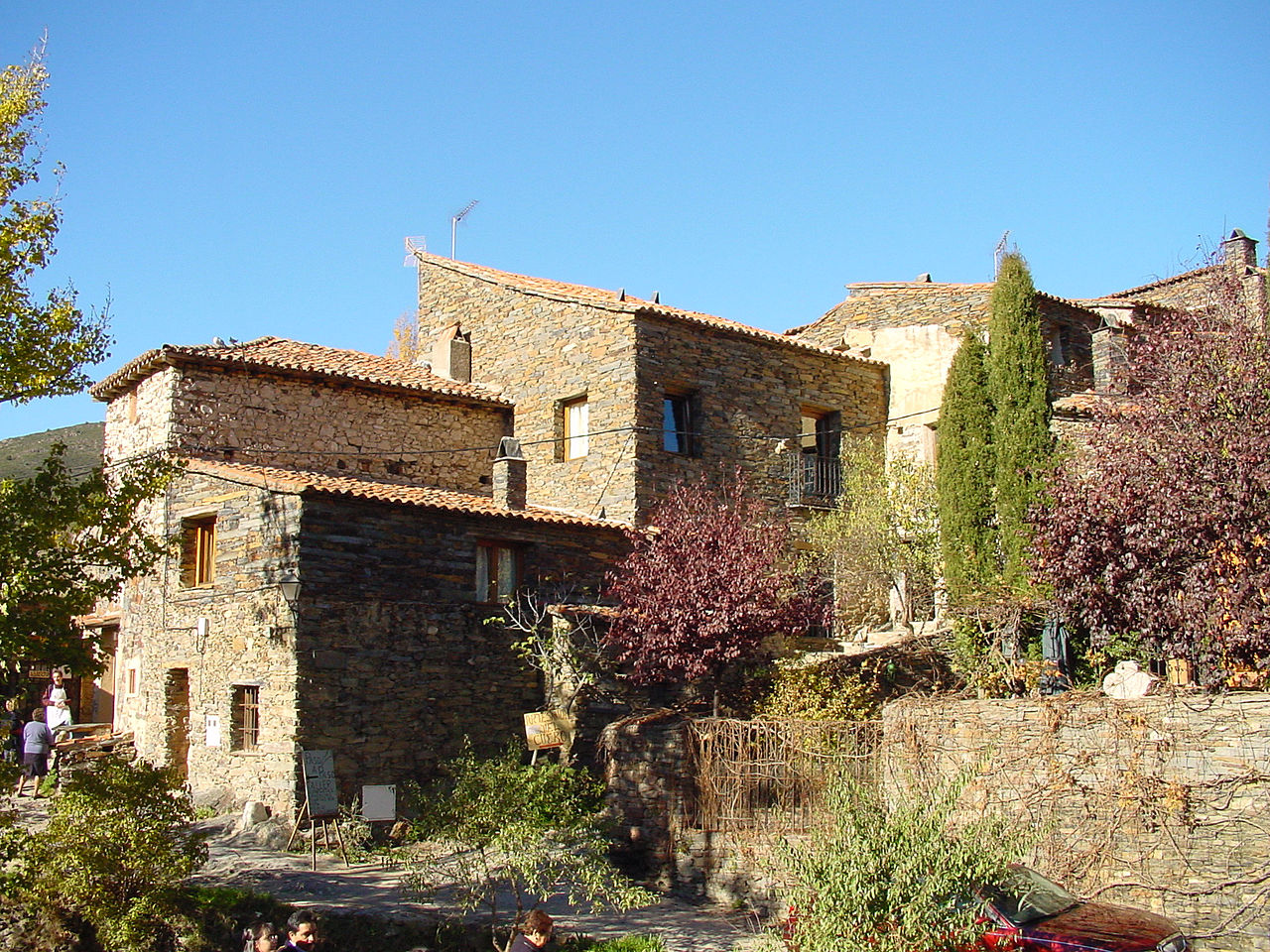 What to eat in Patones de Arriba

The tourist character that the Madrid town has acquired means that it has a good hotel offer. You have restaurants with a varied menu, but they also offer you typical dishes of the area.

Among them, the sausages of the mountains, the crumbs, grilled ear or the marinated meat. In fact, one of the strengths of the gastronomy of the area are the meats, both their own livestock and hunting. They are prepared mainly roasted in a wood oven and grilled.

More curious is the blunt shepherd's plate, which has lamb chops, crumbs and chorizo. On the other hand, the mushrooms from the area, which you can even eat with hash. There is also no lack of judiones nor the dried potatoes, puree with sweet paprika and oil from frying torreznos. As for desserts, those derived from the miel, very good in the area, and the Goat cheese. But also the puff pastry, nutty and curds.

Being in the middle of the mountains, Patones has some cold winters, with temperatures that drop below zero. For its part, summers are hot although not too much, almost always below thirty degrees. It doesn't rain much, but the month with the highest rainfall is October. For all this, although any time is good for you to visit Patones, the best are spring and summer.

How to get to Madrid

The town is, as we said, sixty kilometers from Madrid in a northeast direction. If you are going to visit it in your car, you must take the North Highway (AI) and leave it at kilometer fifty for the National 320. You follow it to Torrelaguna and, after passing this town, take the M-102 that will take you to Patones de Abajo.

It is better that you park in this villa and keep walking, since parking in the upper town is limited to neighbors. However, you can also use public transport. There are two intercity bus lines that take you to Patones with departure in the Plaza de Castilla de Madrid. They are the L197 and the L197A.

In conclusion, Patones de Arriba is one of the best examples of black architecture, it has privileged surroundings and excellent gastronomy. Don't you feel like visiting it?