We can come to think that any part of the world can be visited, as long as we carry the unexpired passport, the necessary vaccines (depending on which places) and we have the papers in order. But we are very wrong! They exist in the world, certain places where visits are not allowed. There are several, we bring you today 5 of these places.

If you want to know what they are and cross off your list (just in case you have them) to continue scheduling possible trips, stay and read the rest of the article. Get to know with us the reasons why visits are not allowed in these places. Will not leave you indifferent.

This island is independent of any government and its rules are governed and elaborated by a quite dangerous tribe that inhabits it. The North Sentinel Island, or also known as the forbidden island, is located on the coast of India, and its government has strictly prohibited both its population and tourists from approaching said island. Reasons are not lacking: they tend to shoot arrows both at planes and at fishermen approaching their coast. Some of these fishermen are said to have died at the hands of this rather antisocial tribe.

After knowing this, we believe that this island will arouse little curiosity among potential tourists ... Or perhaps not, perhaps this "prohibition" or this suspicion on the part of the tribe, makes us think about what they guard so hard. Don't you think?

The reason why you cannot step on this island is very different from the previous one, and also, your visit as such is not "prohibited", but it depends a lot on you if you want to do it. The english army carried out several tests with biological weapons in this area, and what he used for it was the anthrax virus. This virus naturally eliminated all plant life on the island, but starting in 1980, a series of scientists set out to recover the area, clean it and make it habitable again.

Despite this cleaning, no one from the area has wanted to move to the island, because they think that the soil may still be impregnated by virus spores ...

A vault in Georgia 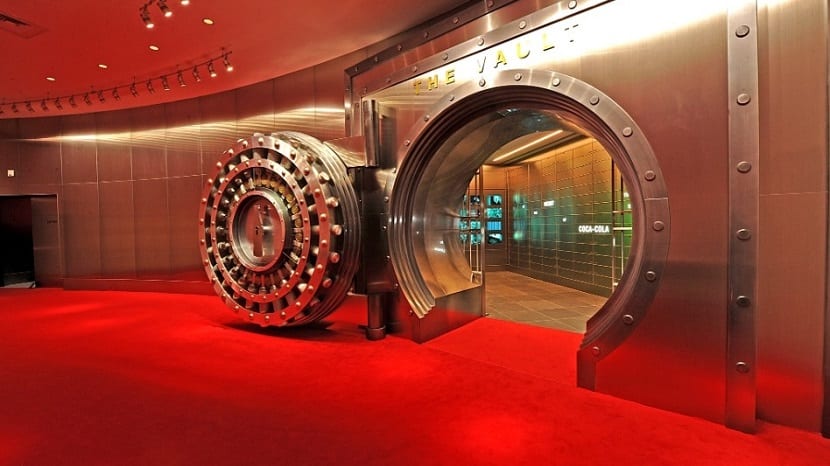 The famous and ultra known to all, brand of Coca-Cola, has in the state of Georgia, United States, a super protected vault that what it keeps inside is not money, nor diamonds, nor gold ... It is neither more nor less than the secret formula of that precious, by almost all, brown liquid, the elixir that has made it so rich and prestigious.

Everyone knows the suspicion with which the company has always treated the formula of its composition and it is said that before you hit the door of said vault, you could receive thousands of volts throughout your body.

We do not know if it is really so, but we are not surprised that it is so safeguarded ...

And fourth, We have run into the Church! Always guarded by guards, day and night, is the door that leads to discovery, knowledge, and possibly the truth of everything. In the archives of the Vatican (Italy), it is said that lies the entire history of mankind, from the beginning of everything to the present day. It is even said that this is where the remains of Christ rest ...

If you want to know all the information about God, the earth and creation, and you are not afraid to risk your life for it, you know where you have to go ... Of course, be careful with the guards. They would not hesitate to shoot to "safeguard" this truth.

This club was founded by Walt Disney himself, and just entering the waiting list to be part of it has a cost higher than U.S. dollar 10.000. Once you have paid this amount and are on the waiting list, you must wait, never better said, that its members analyze you and consent to your entry. This entry has a cost of 25.000 dollars per year. It is not surprising then that this group is said to be made up of the richest and most powerful people in the world.

Inside, it is one of the Disney park buildings in California, everything that happens in the world and what is to come (dark secrets, conspiracies, mysteries, etc.) is cooked. A whole story to analyze in the famous Cuatro show, "Fourth millenium"...

Full path to article: Travel News » Trips » Places around the world where visits are not allowed