The Aragonese Pyrenees comprise an extensive area that goes from the westernmost valleys of Navarra to the municipalities that make up The Ribagorza and that border Catalonia. It is one of the best high mountain areas of the Iberian Peninsula with the highest peaks in the pyrenean mountain range. Peaks with the Aneto, Monte Perdido or Posets they exceed three thousand meters in height.

Therefore, the Aragonese Pyrenees offers you wonderful landscapes made up of valleys, wild rivers, forests, glaciers and lakes, as well as an extraordinary reserve of flora and fauna. But you will also find in it Beautiful villages created based on popular architecture, numerous monuments and exquisite gastronomy. If you want to know it, we are going to show you some places that deserve your visit.

With an area of ​​almost sixteen thousand hectares, it is located in the area of Overbearing. It holds the titles of Biosphere Reserve, Special Protection Area for Birds and Heritage. In its flora, endemic species of the area such as the pine border and forests of beech, fir or pine stand out, while its fauna stands out for the important presence of the bearded vulture, the chamois or the brown bear.

The entire park is a true wonder, but highlights in it are the park itself Valley of Ordesa and that of Pineta, the Añisclo canyon, the Escuaín gorges, the Gavarnie circus (already in France), the Helado lake and the Soaso waterfall.

Located at the foot of the Aneto, Posets and Perdiguero peaks, this valley is home to rivers, lakes and forests of great beauty. You can access it by Ventamillo creek, an impressive canyon with walls three hundred meters high.

You will also find in the area beautiful typical towns such as itself Benasque; Cerler, where there is a ski resort; Sesué, with a XNUMXth century Lombard Romanesque church; Arasán, with a XNUMXth-century church, or Liri, where you will see the site of the Twelve Cascades.

In case you don't know, "Ibón" is the word used in Aragonese for the frozen lakes of glacial origin. Just in the Tena valley There are about seventy, but Anayet's stands out above the rest. This landscape is made up of the peak of the same name and several lagoons that you will access from Formigal, where you also have a ski resort.

In the valley of Tena you will find one of the most beautiful villages in the Aragonese Pyrenees: Lanuza. It belongs to the municipality of Sallent de Gállego and it is an idyllic town with mountain-style houses built with stone and slate. It is located on the bank of the reservoir of the same name and in its church it houses a silver reliquary from the XNUMXth century. 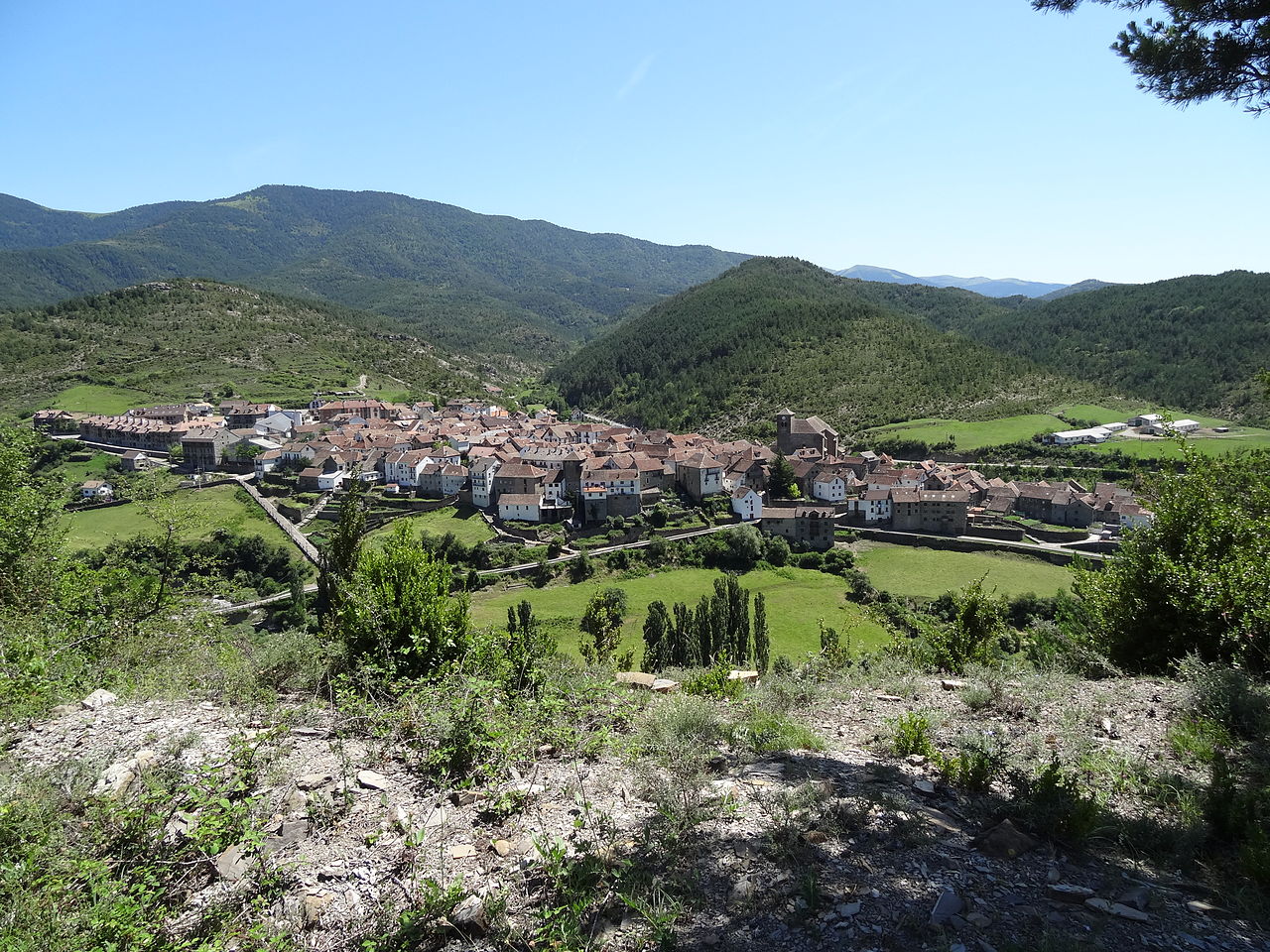 This small town has no waste. Their houses also respond to the peculiar style of the Aragonese mountain. In addition, between them there are narrow alleys barely fifty centimeters wide called craft. Likewise, its parish church dates from the XNUMXth century and houses an organ from the XNUMXth century and a Baroque altarpiece. They also highlight the medieval tower where, apparently, she was a prisoner Blanca II of Navarra and the Ethnological Museum, where you can familiarize yourself with Ansotan customs.

Located in the region of the Jacetania, steeped in history, this town is famous for its impressive train station It was inaugurated by Alfonso XIII in 1928. Currently it does not serve, but it was the last stop before going to France and during the turbulent XNUMXth century it accumulated legends about spies and hidden treasures. It is an imposing construction in which the large windows under semicircular arches and the slate roof stand out. But, above all, its colossal central dome will draw your attention.

You can also see in this beautiful town the Rifle Turret, a military building from the XIX; the Coll de Ladrones fort, whose north façade is preserved; the Romanesque church of the Assumption, which has several baroque altarpieces, or the tower of Aznar Palacín (XNUMXth century). 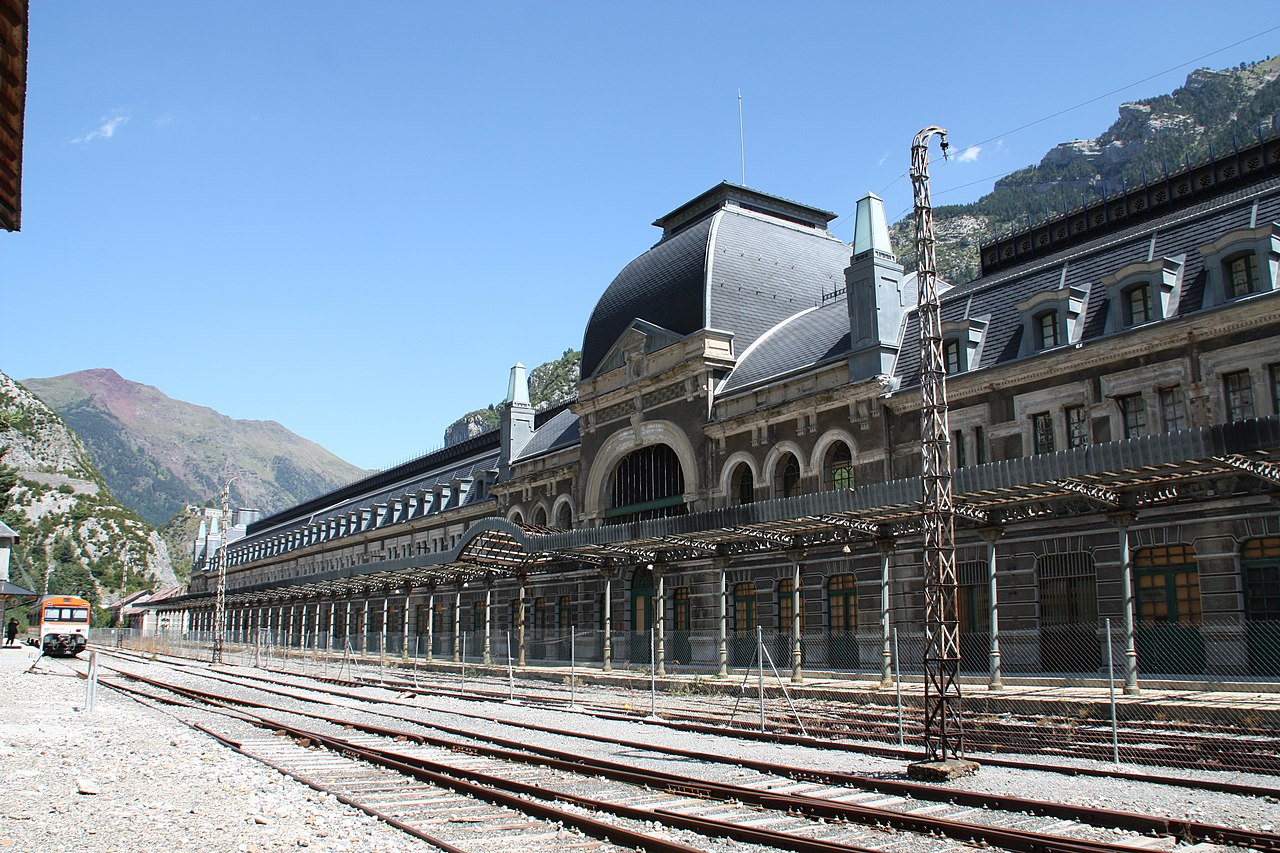 More important than the previous one is the town of Jaca, capital of the Jacetania region. It is located on the Canal de Berdún, a fluvioglacial type terrace and has magnificent monuments.

The most popular is the castle of San Pedro o Citadel of Jaca, an impressive fortification unique in Europe that also houses a beautiful museum of military miniatures. The San Pedro Cathedral, built in the XNUMXth century and is considered the first to be built in Spain following the Romanesque canons. In addition, you have to see the Royal Monastery of the Benedictines and the church of Carmen, one and the other from the XNUMXth century; the Clock Tower, Gothic from the XNUMXth century; the medieval bridge of San Miguel and, outside the town, the Rapitán fort and the impressive Royal Monastery of San Juan de la Peña.

Anyway, these are some of the places you can visit in the Aragonese Pyrenees. But there are many others. For example, natural parks of the Western Valleys and the Sierra y Cañones de Guara or Gistaín valley, whose historical isolation has meant that traditions forgotten in other areas are preserved there. But, if you visit this part of the Pyrenees, you will also like to enjoy its gastronomy.

The gastronomy of the Aragonese Pyrenees

The altitude of this area makes the winters harsh and long. For this reason, its typical gastronomy is made up of hearty and caloric dishes. One of its best known products is the lamb from Aragón, a young lamb from which everything is taken advantage of. For example, with their guts, heart and lungs they make the chiretas, a kind of sausage that also has rice.

Likewise, popular products are Embún boliches, which are made with beans and pig's ear; the arbiello, typical of the Jacetania and prepared with sheep's entrails and the Ribagorza cake, a kind of pie.

Typical dishes of the area are the fillet of güey to l'Alforcha, the braised wild boar; the cod al ajoarriero or the rust and gray soups. But more curious will be the mountain asparagus, which have nothing to do with this vegetable, but is made with the tails of female lambs called "rabonas" among shepherds.

In conclusion, the Aragonese Pyrenees is full of natural wonders, history, beautiful towns with numerous monuments and a strong and exquisite gastronomy. If you visit it, you will not regret it.

Full path to article: Travel News » Trips » What to see » Aragonese Pyrenees, natural wonders and a lot of history