San Vicente de la Barquera is identified by many historians with the Portus Vereaswedish Roman. It is located in a privileged natural location, at the foot of a bay that forms the estuary of the San Vicente estuary, within the Oyambre Natural Park. In this you can see forests, impressive cliffs and a set of dunes that, together with those of LiencresThey are among the most important on the Cantabrian coast.

But not only San Vicente de la Barquera stands out for its exuberant nature. It is also a stately town where you can see many monuments. An excellent gastronomy completes what the town of Cantabria. Do you dare to meet her?

What to see in San Vicente de la Barquera

It could be said that the town is divided into an old and a more modern part. The first, known as Old Puebla of San Vicente, houses most of the monuments, while the second offers you all the services.

Elevated on a limestone hill, dominating the bay and sheltered by some medieval crenellated walls you will find Puebla Vieja, a place that, from the monumental point of view, has no waste.

Its main attraction is the King's castle, built in the XNUMXth century on the ruins of a previous one. It has a rectangular plan and two towers, one square and the other in the shape of a pentagon. The construction is of masonry with ashlar masonry at the ends.

The other great monument in Puebla Vieja is the church of Santa María de los Ángeles, an impressive building that is A Cultural. You can access it through the call pilgrims gate, which crosses the wall. The temple was built in the thirteenth century although it would be expanded later and is invoice gothic. In fact, it is one of the best samples of this style in all of Cantabria.

If imposing is its exterior, with its two belfries and its flared door with six archivolts, its interior is no less so. Inside the church you can see the precious tomb of the inquisitor Antonio del Corro, made with marble and Renaissance style. Also, you should look at the baroque altarpiece where the sculpture of the Virgen de los Angeles, work of the late XNUMXth century.

Precisely the third monument of the Old Puebla de San Vicente de la Barquera is the old house of this inquisitor. It's about a renaissance palace with a classic facade and Plateresque ornaments that was built in the XNUMXth century and is currently the seat of the Town hall of the villa.

However, not all the monumental heritage of the Cantabrian town is found in Puebla Vieja. You can also see outside of it the old convent of San Luis and provost tower. But, above all, we advise you to visit the beautiful Chapel of the Virgen de la Barquera, from the XNUMXth century and which keeps the image of the patron saint of the town.

According to legend, this effigy arrived in San Vicente in an unmanned boat and, for centuries, was in charge of guiding the course of the sailors so that they did not shipwreck. Commemorating this legend, the festival of La Folía, which is of National Tourist Interest. 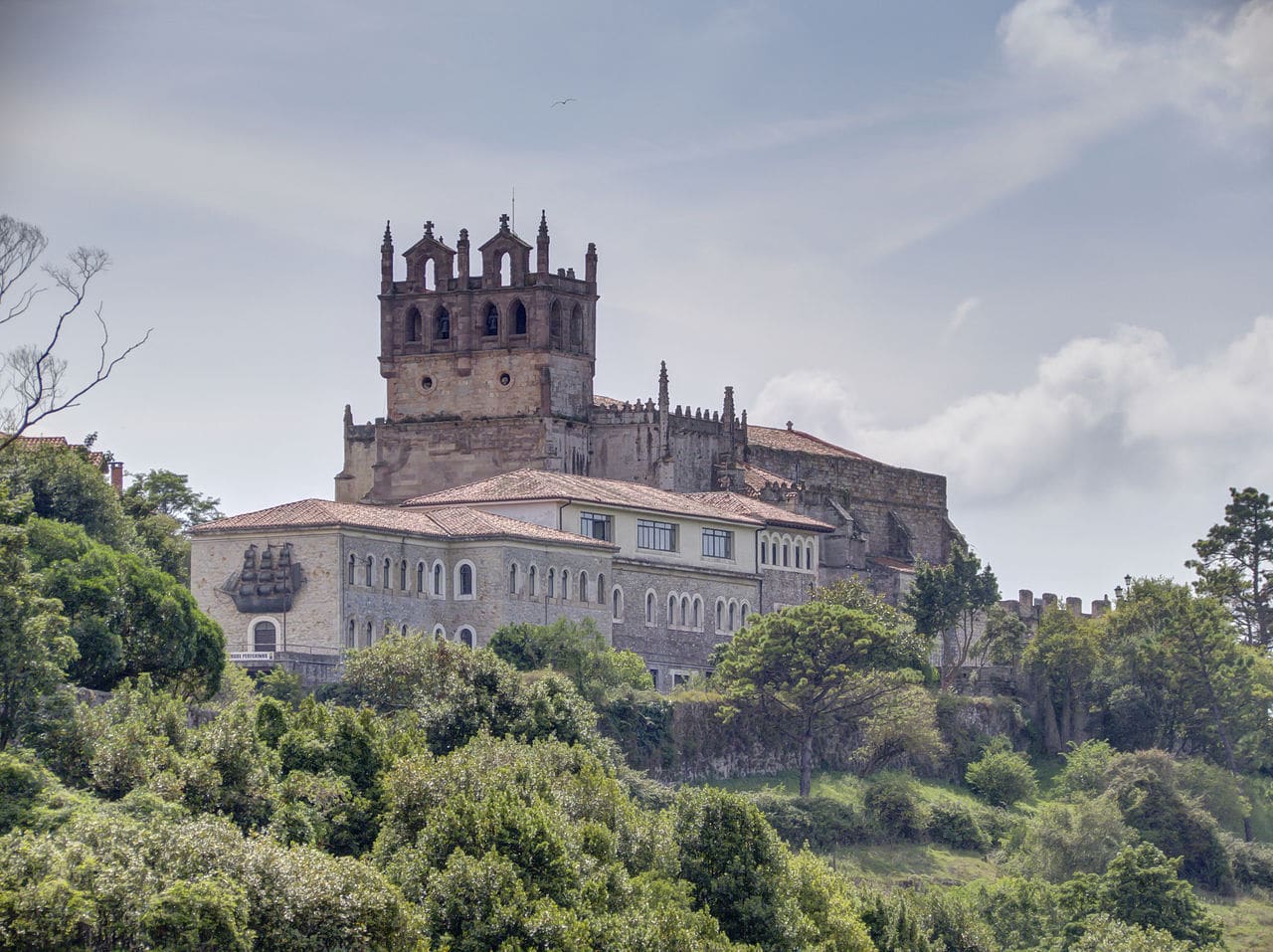 The area of ​​the port. Small and cozy, we advise you to take a walk through it observing the small fishing boats and the recreational sailboats. You can also have a drink in one of its typical bars.

The beaches of San Vicente

Another of the great attractions of San Vicente de la Barquera are its beautiful beaches, some coastal and others on the edge of its beautiful estuary framed by the bottom of the Picos de Europa. Some of these beaches are Fonts, The rose bush o The Tostadero. But there are two that stand out from the others for different reasons.

One is that of Meron, an impressive three-kilometer stretch of sand that is close to the villa, has easy access and ample parking for cars. And the other is that of Gerra, which is private but ideal for surfing due to its winds and waves.

What to eat in San Vicente de la Barquera

The gastronomy of the Cantabrian town is magnificent, like that of the entire region. Barquereños usually define it as "the taste of the sea on the table" because it is based on the seafood of the area. In this sense, the oysters from the San Vicente de la Barquera estuary itself, which are magnificent according to experts.

However, they are also combined with the fruits of the orchard and with the sausages of the Liébana area and the Picos de Europa. A good example of this is the sorropotun, which is the name they give to the tuna pot and that carries this fish, potatoes, onion, pepper and tomatoes. In addition, it has its own celebration: during the Mozucu Day, which is September 9, up to five thousand servings of this stew are distributed.

As for sweets, the pejines, which are made with angel hair and puff pastry, although you can also taste the ties from nearby Unquera. And, if you prefer a less sugary dessert, you have the magnificent cheeses from Bejes-Tresviso. But, in any case, to make digestion well, you can take a marc from Liébana.

When is it better to visit San Vicente

The climate in the Cantabrian village is mild, with cool winters and warm but not hot summers. Being a coastal town with magnificent beaches, we recommend that you visit it in summer. Also, at that time some interesting events are held in San Vicente. For example, the festival of El Carmen, of great tradition, or the Marinera Song Contest, both in July.

However, you can also go to the Cantabrian village in spring. In April or May (the exact date changes) the festival of La Folía, declared of National Tourist Interest and of which we have already told you.

How to get to San Vicente de la Barquera

You can travel to the Cantabrian town in your own car. The fastest road to get there is the A-8. However, if you prefer public transport, there are buses that take you to San Vicente and even the railway. The line from Santander to Oviedo It stops at the villa.

And, if you travel from further afield, the closest airport is the capital of Cantabria, which is about sixty kilometers away.

In conclusion, San Vicente de la Barquera is one of those towns in northern Spain that are full of attractions. In its case, a good monumental heritage, an impressive natural environment and magnificent gastronomy.