Do you know which are the 10 cities in Europe with the highest quality of life? Do you think there is a Spanish city among them? What are the cities that you are 100% sure will be on this list? If you do not have answers to all these questions, here we offer them ... Find out what those are ideal cities in Europe not only to visit but also to stay ...

With only 647.676 inhabitants, Oslo in Norway, is ranked # 1 in this ranking of European cities where you live better.

If Norway stands out in something, and consequently the city of Oslo, it is for having established one of the best educational systems in the world.

As a curious fact about Oslo is that it has several twinning agreements with different cities in Europe, including two Spanish ones: Alfaz del Pi (Alicante) and Mazarrón (Murcia). 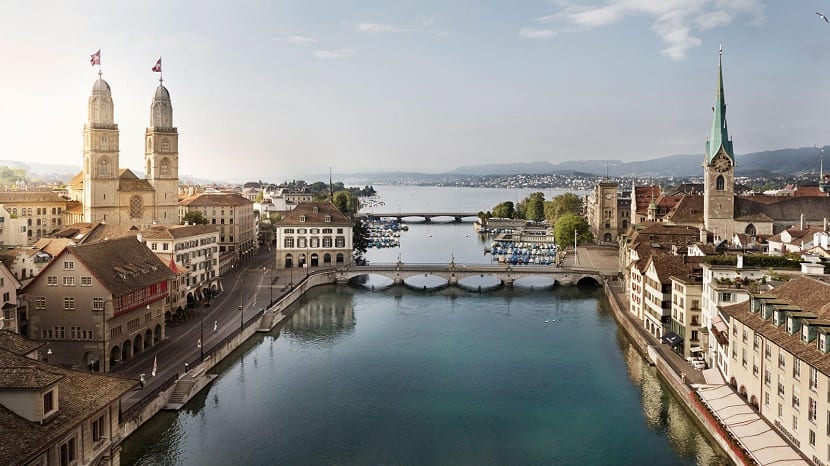 If we know one thing about the city of Zurich, it is that it is the financial center and economic engine of all of Switzerland. We therefore assume that much of the blame for its being an ideal city to live in is its good economic performance… Another reason for Zurich's economic success is its extensive research and education field from the city. The Federal Polytechnic School of Zurich (ETH) leads this aspect together with the University of Zurich. Another city with a good pre-established educational system, therefore ...

Is good manners the secret to everything, then? I bet you do!

Aalborg is the fourth largest city in Denmark, after Copenhagen, Aarhus and Odense. It is a city with seaport, and with a major Danish Air Force base. It is also the seat of the Lutheran bishop.

Despite being the 4th largest city in Denmark, it does not have a very large population, as it does not exceed 200.000 inhabitants.

Account with 9.200 companies employing about 109.000 people, more than half of the population. And it lives mainly from the industry and the export of grains, cement and liquors.

One of its notable parties is its Carnival. which is celebrated between May 27 and 28. It is around these dates that Aalborg receives more than 20.000 people who travel to the city to enjoy the carnival.

And we come to a little known city. Vilnius is is the capital and most populous city of Lithuania. More than 554.000 inhabitants coexist in its urban area, with more than 838.000 counting those who live in the provinces.

Vilnius is a very recent modern city. It is now when a commercial and financial area is being developed in its new center, specifically in the area north of the Neris River, which aspires to become the main administrative and business district of the city.

Something remarkable about this city is that you look at it wherever you look at it, you see a striking green color of the abundant vegetation: full of parks, ponds, lakes, etc.

And as a last curious fact, the city of Vilnius has the fastest internet speed in Europe. There is nothing!

The word "Belfast" Means "The sandy ford at the mouth of the river. It is the capital and largest city of Northern Ireland, as it has a population of more than 276.000 inhabitants in its urban area and over  579.000 people in its metropolitan area.

Some of its attractions are: The Edwardian Belfast City Hall; the Ulster Bank, built in 1860; the Queens University and the Linenhall Library, both Victorian and The Waterfront Hall, a superb building with modern lines.

At least one German city could not be missing from this list ... But don't worry, two more are coming next.

Hamburg is the second largest city after Berlin. It has almost 2.000.000 inhabitants in its urban area and more than 4.000.000 people in its metropolitan area.

Something remarkable about Hamburg is its architecture, since it encompasses different architectural styles. You can visit:

City located on the shores of the Baltic Sea, at the mouth of the Warnow River. It is a small city since it does not have more than 250.000 inhabitants.

Something to highlight about this German city is that it still has a part of the wall and towers built in medieval times.

A very old city that dates back to the year 800. If Copenhagen stands out in something, it is its wide and extensive cultural variety (music, theater, opera) and in its wonderful green areas. The two biggest parks in Copenhagen are Valbyparken and Fælledparken, but Kongens Have is also very popular, next to Rosenborg Castle in central Copenhagen.

Some of your places of interest are:

The truth is that in our country we could find more cities with a great quality of life but the current crisis does not help much. Still we are delighted to see Malaga on this list.

If you travel to Malaga, you should not miss:

For his cleaning, for his economy and due to its large number of cultural and festive events, Munich is ranked # 10 on this list.

Do you agree with the cities that make up the list? Do you miss any? Do you think there is any other left over? We would like to know your opinion!

Full path to article: Travel News » Cities » Copenhagen » The 10 cities in Europe with the highest quality of life