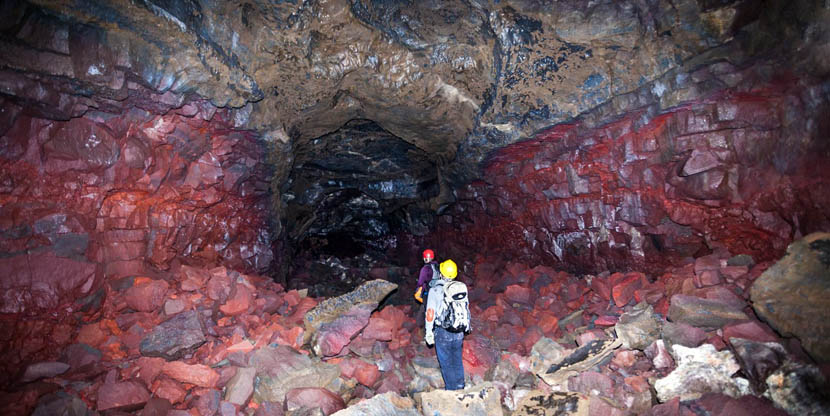 You like the caves? They were previously thought to be the gateway to the underworld or hell itself. Today they are appreciated as true wonders that allow us to discover the richness of the Earth and its history.

One of the last caves discovered in the world is the Búri cave. It was discovered in Iceland in 2005 and it is actually an extensive lava tunnel whose discovery was very important. The tunnel is very large, unique, and runs for just under a kilometer. It was once filled with hot, bubbling lava, but when the lava at the edges of the flow cooled much faster than that inside, the tunnel structure formed.

Thus, a solid lava tube was born while the rest of the hot lava continued to flow until it was completely out. At the end of the tunnel there is even a kind of waterfall of lava, the last drip boiling. Inside the call Búri cave It is much worse, very cold, but it is wonderful to see and touch the texture of the rock, the bubbles solidified in time, the formations of stalactites and crystalline stalagmites.

A beauty. And where is this cave in Iceland to be able to visit it? Well, in Reykjavik.