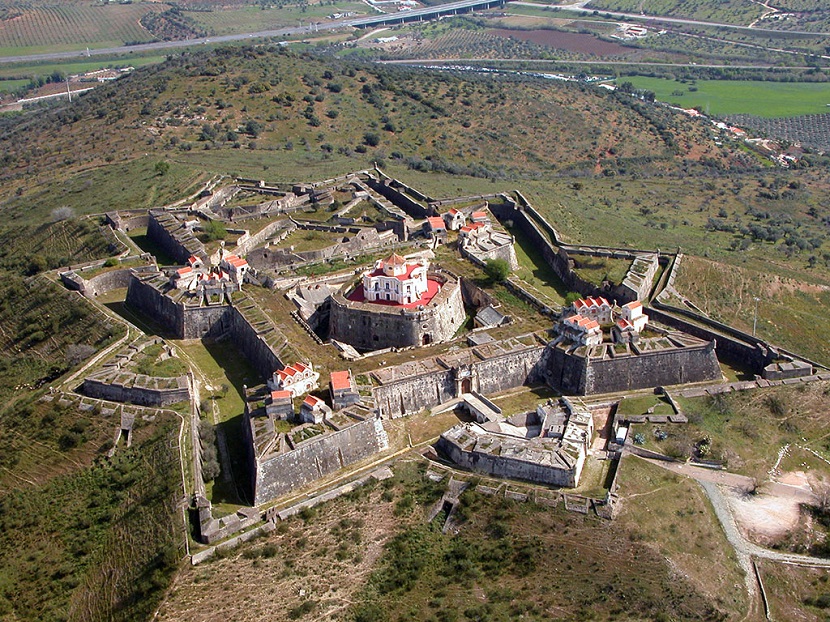 Built between 1763 and 1792, the Graça fortress, near the Portuguese city of Elvas, was erected to defend the country's borders against the eternal threat of invasion from its powerful Spanish neighbors. A solid and aesthetically very beautiful structure that represents a late example of Renaissance military architecture, already a bit obsolete at the time it was built due to the appearance of more powerful and modern weapons.

Imposing and impregnable in appearance, the fortress has three defensive layers, each separated by an intricate system of walls and moats. The outer wall is shaped like a great star, in the style of other older European forts like those of Jaca in Spain, Naarden in Holland or Palmanova in Italy.

It is not known if Graça's design (his real name is Forte de Nossa Senhora da Graça) really responds to military needs or is rather an aesthetic option. In any case, it is impressive for the visitor. Inside is an impeccably preserved small town and entire complex layouts that give a strange sense of luxury.

Over the years, the base was demilitarized and the Portuguese Ministry of Defense practically abandoned the building. Today the Fortress of Graça is recognized by the World Monuments Fund and UNESCO as a site to be protected. Spanish travelers have it really easy to visit this wonder, which is located just across the border, just 25 kilometers from the city of Badajoz.