The towns of Almería have more than one surprise in store for you. The Andalusian province is a territory full of contrasts. In it you will find archaeological traces of a brilliant past, beautiful beaches where you can sunbathe and even the famous tabernas desert, where many cowboy movies were shot.

But you can also visit white villages with their own and picturesque character, numerous monuments that are proof of their Andalusian past and an excellent gastronomy that also combines that arabic substrate with the current Mediterranean cuisine. If you want to visit the towns of Almería, we invite you to join us.

The most beautiful towns in Almería

Throughout this entire province of Andalusia you will find charming towns whose history goes back, in some cases, to the Copper Age. Some are in a desert landscape, while others are in the green mountains of the Alpujarra. Let's start our journey. 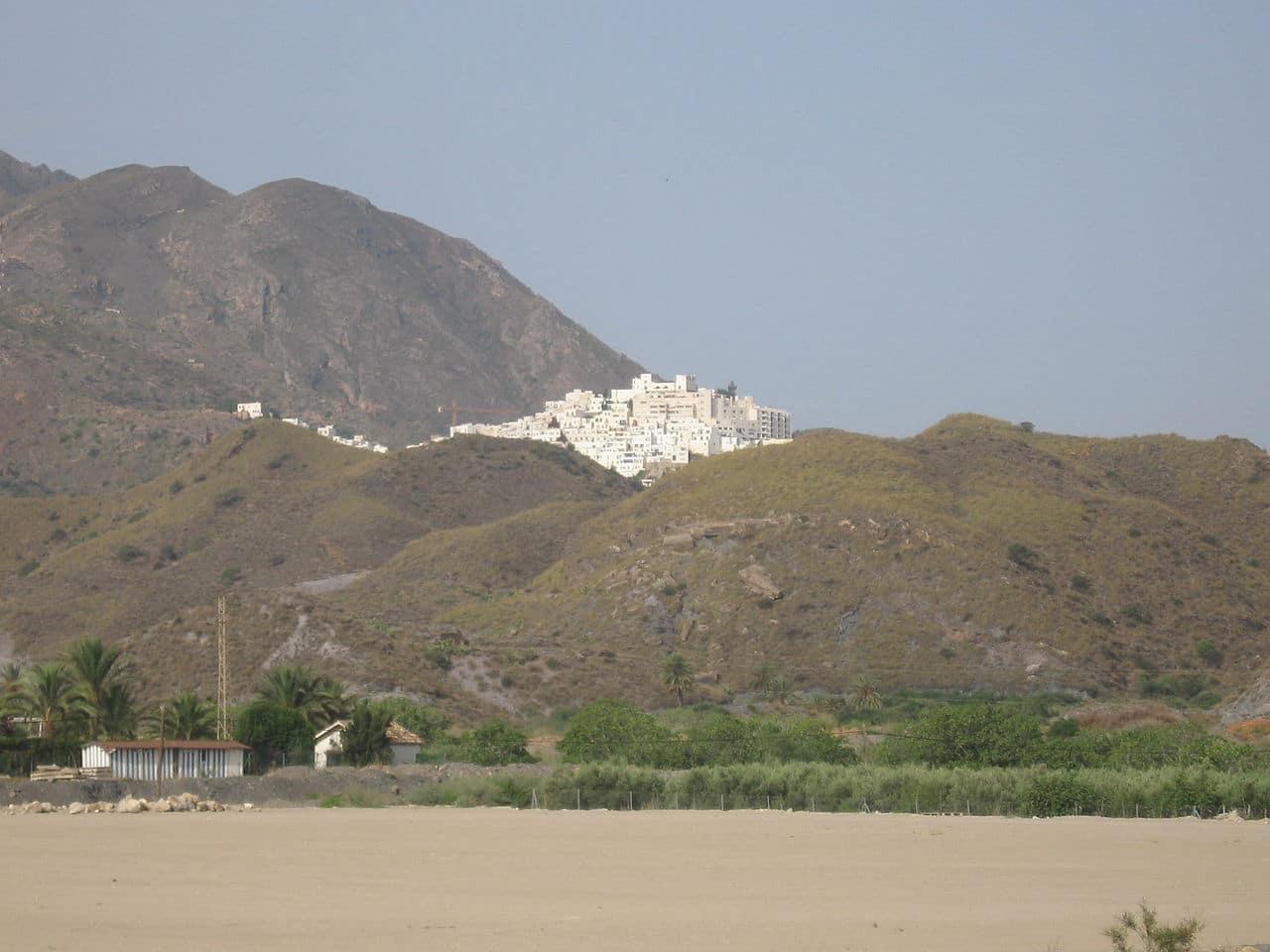 This coastal town of about six thousand inhabitants is integrated into the network of The Most Beautiful Towns in Spain. Its whitewashed houses are located on a hill from which a beautiful landscape of the Almeria coast can be appreciated. The fortress church of Santa Maria, built in the 1993th century on the remains of an old mosque. It has been an Asset of Cultural Interest since XNUMX and, with its masonry and large ashlars, it has an imposing appearance.

From the same time is the City gate, old entrance to it and through which the Jewish quarter is accessed. But more curious is the Name it, monument that reproduces a strange human figure. It is based on a cave painting discovered in the Cueva de los Letreros more than a hundred years ago.

On the other hand, if you visit Mojácar you will know the legend of walt disney. He says that the North American filmmaker was not born in Chicago, but in this town in Almería. His mother emigrated with him to the United States and his real name was José Guirao Zamora.

Located in the skirt of Sierra Nevada, this town of barely a thousand inhabitants is full of charm with its narrow streets and low houses. But the highlight of it are the ruins of The Castillejo, an old Muslim fortress where Neolithic ceramics and remains from Roman times have also been found.

It stands out among the towns of Almería for its old town, with the neighborhood of La Atalaya and whose center is the Plaza de la Glorieta. In this, you will find the Church of Our Lady of the Incarnation, a building that shows elements of the Mudejar style. You can also see in the surroundings various castles such as Huebro, Peñón de Inox or San Felipe.

But more impressive is the Isabel II reservoir, which was inaugurated in 1850 and constitutes one of the greatest hydraulic engineering works of the XNUMXth century. Also, in the area of The Barranquete you can see the remains of a town and a necropolis from the Copper Age.

Very close to this town is Bitter water, which is located in the Cabo de Gata-Níjar Natural Park and where you have a beautiful beach framed at one end by an old mineral jetty from nearby farms. 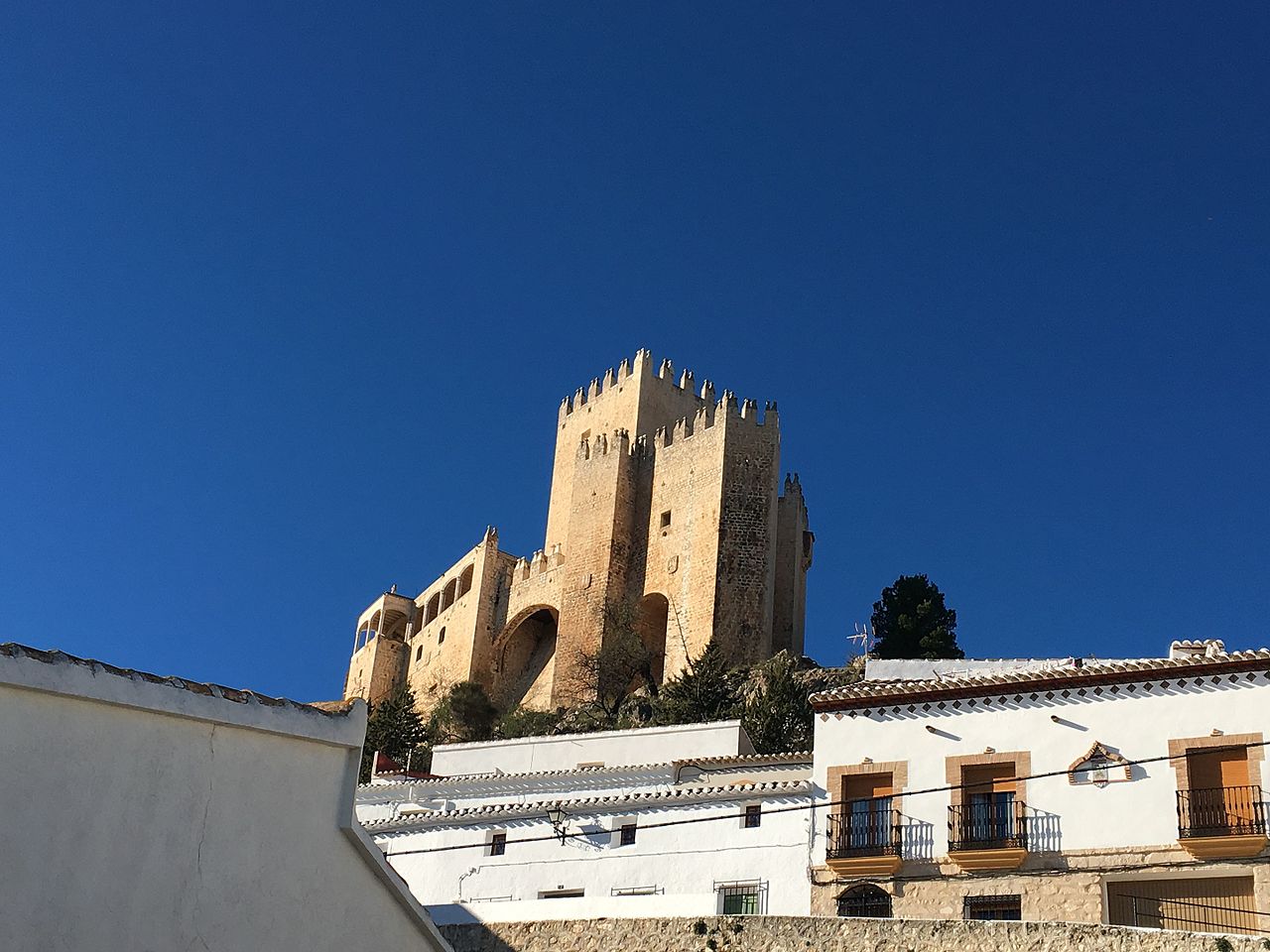 Located at about a thousand meters of altitude, this town has a beautiful historic center. But its most prominent monument is the castle of the Fajardo, which has dominated the town since the XNUMXth century and is very well preserved. They also highlight the convent of San Luis and Church of Santiago.

However, in Vélez-Blanco you should also visit the large number of caves and natural shelters that contain paintings. In the one of the Signs the image of the Índalo that we talked about earlier was found.

It is located at the foot of the Gádor mountain range and it has been identified with the Vergis of Roman times, although its origins are earlier, perhaps Phoenicians. In fact, it is probably one of the oldest settlements among the towns of Almería. In this town you can see the Alcazaba of Villavieja, which is a Site of Cultural Interest and where there is an interesting archaeological site.

Tabernas or the West of the towns of Almería

Finally, you can visit this town where its Church of Our Lady of the Incarnation, the remains of the Nasrid castle and the City Hall building. But, above all, you must visit its peculiar desert where you will find the famous western town, where films of the genre such as 'The good, the ugly and the bad' or 'Death had a price' were filmed and there is a theme park.

Gastronomy of the towns of Almería

You cannot finish your trip through the towns of Almería without trying their excellent cuisine. It mixes the flavors of the sea and the mountains and has an important Arab substrate that is combined with Mediterranean gastronomy. Among its typical products are green beans, red garlic, grapes, a sausage called perrico and potatoes.

To start your meal, you can order one Moorish soup, which has minced meat, lentils and peppers; a red broth, with potatoes, fish and peppers or the innkeeper, a spicy ratatouille. But, if you prefer to eat only one dish, you have the option of being served the Alpujarran dish, with which you will be left over. Because it has orza loin, sausage, Serrano ham, blood sausage, potatoes and fried eggs.

As for the seconds, you have the partridges with gurullos (a pasta made with wheat and saffron); the presulés omelette, which are nothing other than peas; the egg broth, stew that has potatoes, tomato, onion, garlic, pepper and, of course, eggs. or, in coastal areas, a fresh grilled fish.

Finally, among the desserts, you must try the fried milk, which has cooked flour, sugar and milk; the old daddy, some potato fritters; the little fingers of Jesus, made with eggs, honey, sugar and almonds, or the indalotes, almond and orange cookies. Other delicacies are the chicharrones cake, the Alpujarra millefeuille, the soplillos, the angel hair cakes and the tubes of cream.

In conclusion, the towns of Almería have a lot to offer you. To its important historical value and monumental heritage, they add beautiful beaches, surprising landscapes and magnificent gastronomy. Do not miss them.