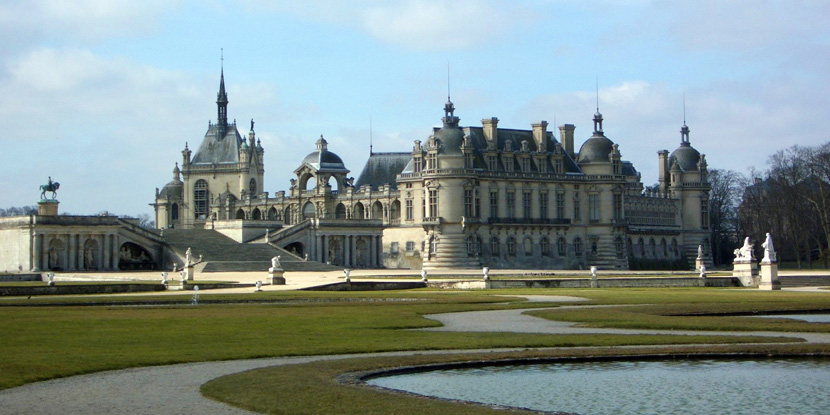 It seems to me that one of the best confectionery inventions is the "Chantilly cream". Maybe you suppose it, maybe you don't, but I tell you that it is an invnetro of French pastry and that it is named after a small commune in France, Chantilly, located in the Oise department.

Whipped Cream it is on the banks of the Nonette river and it is not a very large commune. It is made up of four neighborhoods and its origins are, of course, very medieval. Far away and long ago, Chantilly was sheltered around its castle after Henry III of Bourbon-Coudé allowed his servants to stay on his property at the end of the XNUMXth century. Shortly after his grandson, Luis IV, founded the city.

Long before whipped cream adopted the name of Chantilly cream, the people of this commune became known for the quality of their porcelain, older even than the traditional porcelains from Limoges and Sèvres, and for the brilliance of their lace. Then it would be the turn of the Chantilly cream. This whipped cream that has vanilla essence and icing sugar was created by Francois Vatel In the seventeenth century, a chef of Swiss origin who served in the kitchens of Louis II and who died at the age of 40 in this same town.

Does the name sound familiar to you? There is a movie about him starring the great Gerard Depardieu in which he stars alongside Tim Roth and Uma Thurman. The film reveals very well aspects of the French gastronomy of yesteryear and the music, composed by Ennio Morricone, is stupendous. But well, here in Chantilly you can visit the Chantilly Castle, with its museum and its fabulous stables and also the Manse Pavilion, a series of hydraulic machinery built in the seventeenth century to supply water to the extensive park full of waterfalls and fountains of the castle. A wonderful place.