Has anyone ever wondered why a dragon appears on the flag of Wales? Many stories can be woven to explain the question; if they are true or not, the same story will reveal it.

The important thing about all this is that the flag of Wales already has its symbol, the Draig goch, Welsh dragon or red dragon, and is the most famous in Great Britain.

History of the flag of Wales 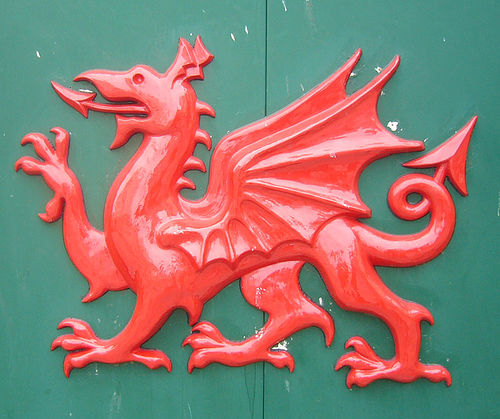 La welsh flag legend alludes to a red dragon always in combat with a white dragon which was the evil one in the story.

The problem begins to deepen when it is found that the noises emitted by the dragons in their constant fights were harmful for the people. How? Well, the results were that those affected ended up becoming sterile beings, without offspring.

The king of Great Britain at that time was Llud and, motivated to find a solution to the problem in question, he decided to request help from Llefelys, his brother. Llefelys was a character of great wisdom and faced with the problem, he answered with a solution.

Both brothers excavate a hole in the center of Great Britain and fill it with an intoxicating liquid and thus, after the dragons have drunk they can end the plan of get rid of them. The dragons fall into the trap, in Snowdonia in the north of the country. 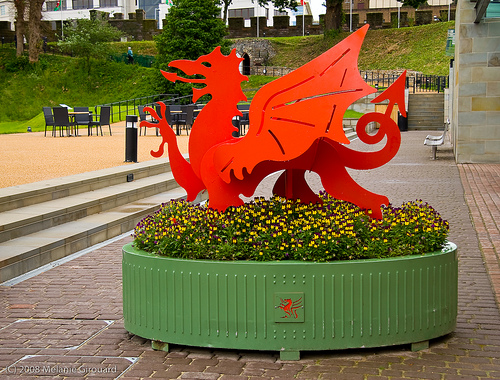 They remain in captivity for centuries. Time advances and when the new Vortigen king builds a great castle the continuous movements coming from under the bases cause the king to discover the dragons.

King Vortigen decides to consult with Merlin and he advises him to free the dragons. After many centuries deprived of freedom, the dragons continue their struggles, this time of a decisive nature, where the winner was the red dragon, the one who fought defending the lands.

From this event the red dragon became the wales flag symbol.

The flag of Wales, a symbol of pride 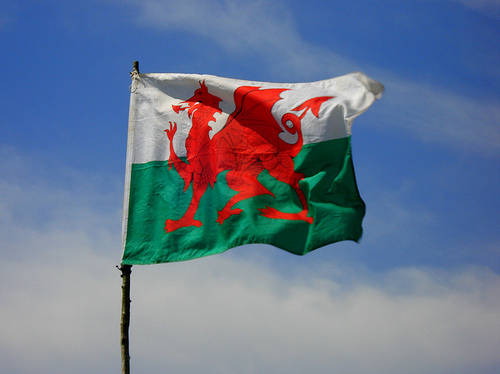 For the Welsh it is a pride to see the red dragon on their national flag, that fantastic animal that is accepted in the minds of the population, which is why its popularity.

There are those who believe that the red dragon is a symbol of the Welsh inhabitant Well, despite the circumstances, he always gets up with his head held high to finish what was left unfinished or was interrupted. The legend persisted over time and materialized in the national flag.