What to do on La Palma is a question asked by many travelers who visit the Canary Islands. The reason is that it is one of the least known in the archipelago or, at least, one of the least tourists receives at the end of the year.

Compared to Tenerife (here we leave you an article about Tenerife) or Gran Canaria, the beautiful island", as it is also known, has been much less frequented by those looking for a vacation in the beautiful archipelago. However, it is a natural wonder that has deserved the recognition of Biosphere Reserve and it is full of interesting places. For all this, we are going to show you what to do in La Palma. However, you must bear in mind that the eruption of the Cumbre Vieja volcano can unfortunately end one of these places. In any case, as the lava phenomenon has not ended yet, we will tell you about all of them.

What to do in La Palma: from nature to typical villages

We will begin our review of what to do on La Palma by talking to you about its natural beauties, both coastal and inland, and then focus on its most beautiful and genuinely Canarian towns. Let's go with it. 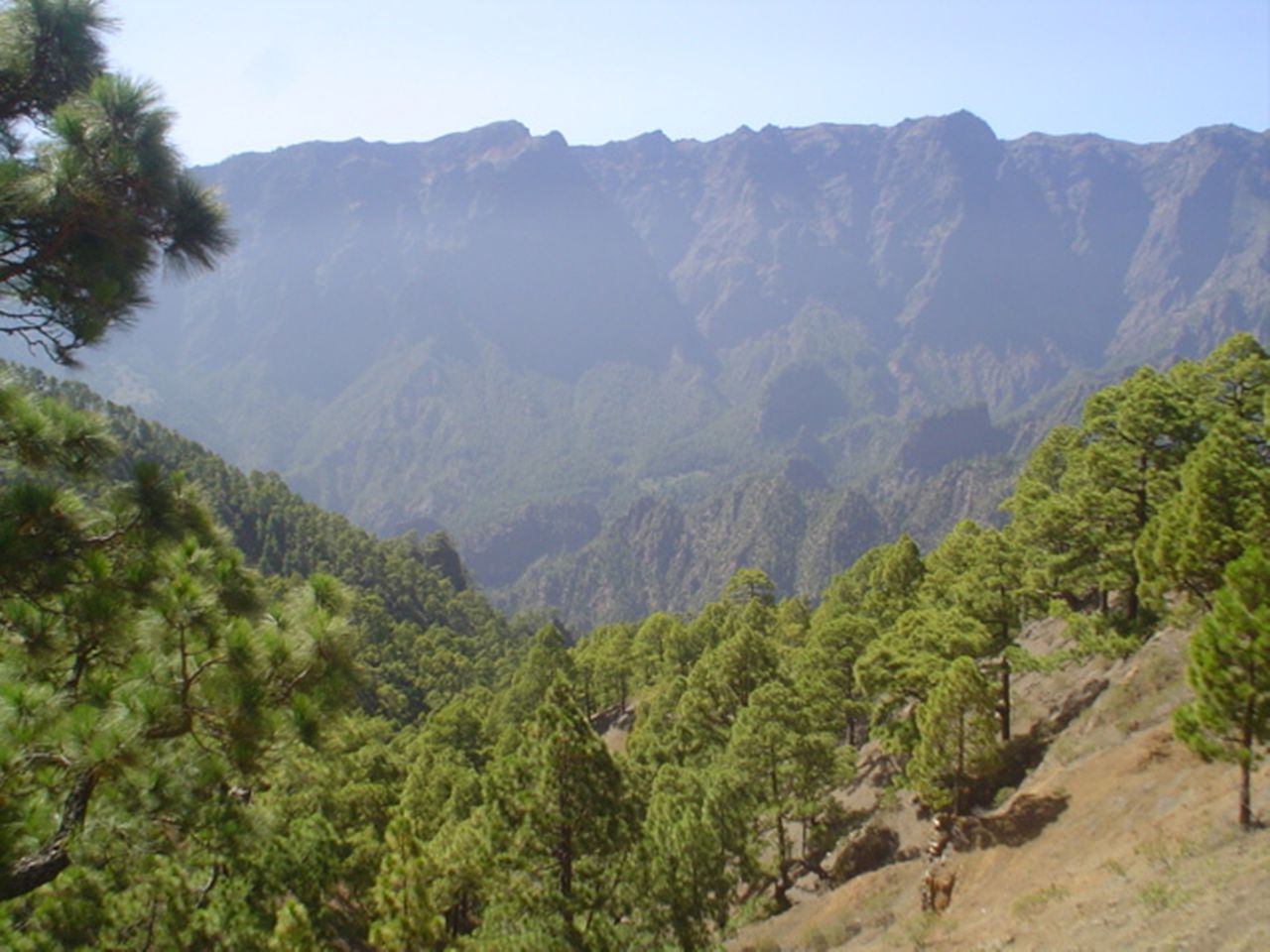 View of the Caldera de Taburiente

This ancient volcano that has left a crater seven kilometers in diameter is one of the great symbols of the island. Currently, it forms, together with its surroundings, the parque natural It bears his name and is located in the center of La Palma.

In fact, it occupies such a large surface area that, inside, you can find several routes of Hiking. For example, we will advise you the one that goes from the La Viña car park to the viewpoint of the Brecitos, where you will contemplate extraordinary views.

In addition, during your visit to the park you will be able to observe wonderful flora and fauna. Regarding the first, there is an abundance of Canarian pine and amagante, both endemic species of the archipelago. And, next to them, the laurel, a species that is currently only conserved in the biogeographic region of the Macaronesian.

As for the fauna of the Caldera de Taburiente, insects abound. The scolopendra and the wolf spider are very frequent species. But, more characteristic of the area is an endemic beetle of the island that lives in caves at two thousand meters high. You will also see kestrels, rabbits, feral cats or barber rams in the park. 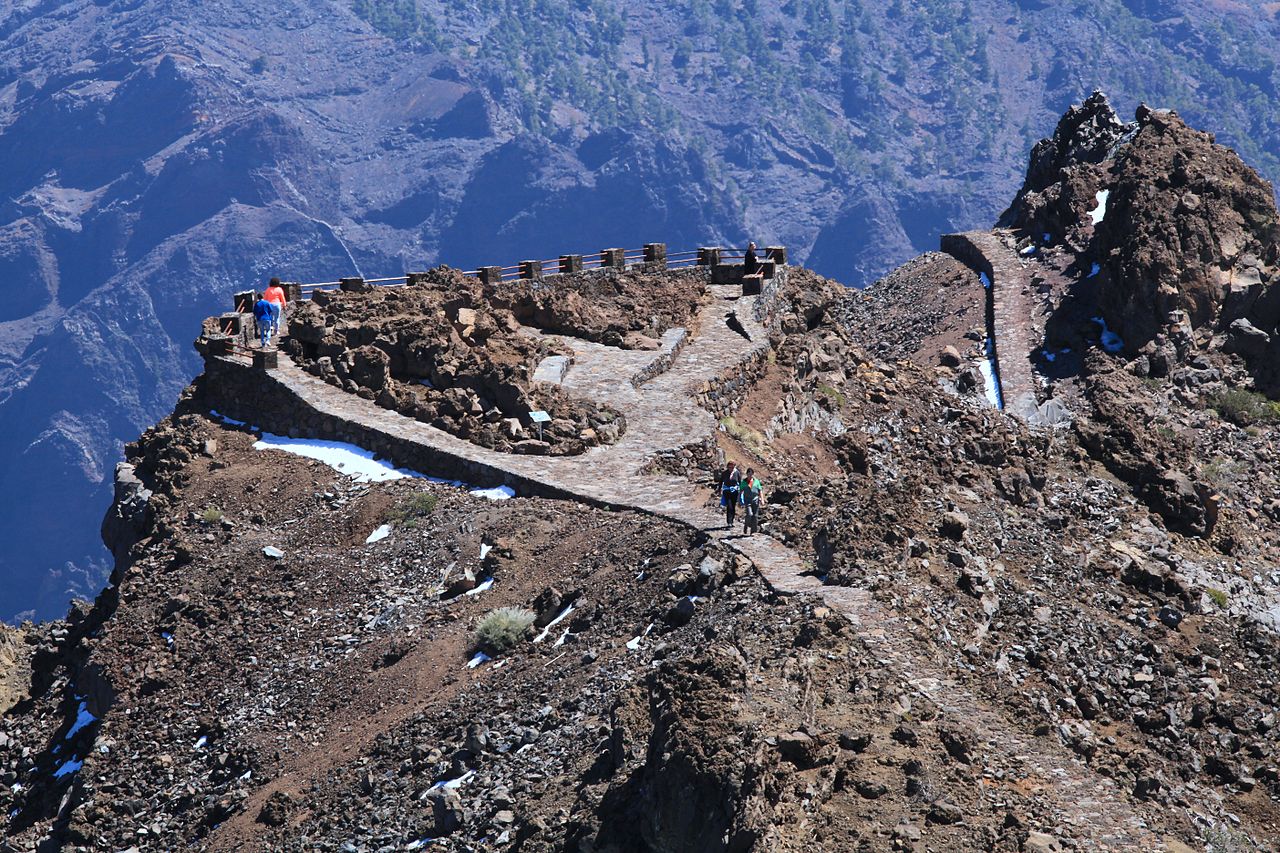 Although it is integrated into the Caldera de Taburiente area, we are going to tell you separately about this elevation of 2426 meters, the second highest in the Canary archipelago after the Teide. In addition, its name will sound familiar because at the top is one of the astronomical observatories most important in Spain.

If you are fond of this science, we advise you to climb that mountain, not only because of the height, but because the sky is especially clear in the area. You will enjoy like a child watching shooting stars and other atmospheric phenomena.

Specifically, the Roque de los Muchachos closes the Caldera de Taburiente on its northern part and was formed, precisely, with the lava that the volcano emitted. There are several trails that lead to its top. For example, those of New Fountain and Olen. On the ascent, you will see how the dense vegetation gives way to bare rocks. And, once up, you can also see wonderful views of La Palma. Even when there is good visibility, the islands of Tenerife, El Hierro y La Gomera.

Enjoy the beaches: Another essential thing to do on La Palma 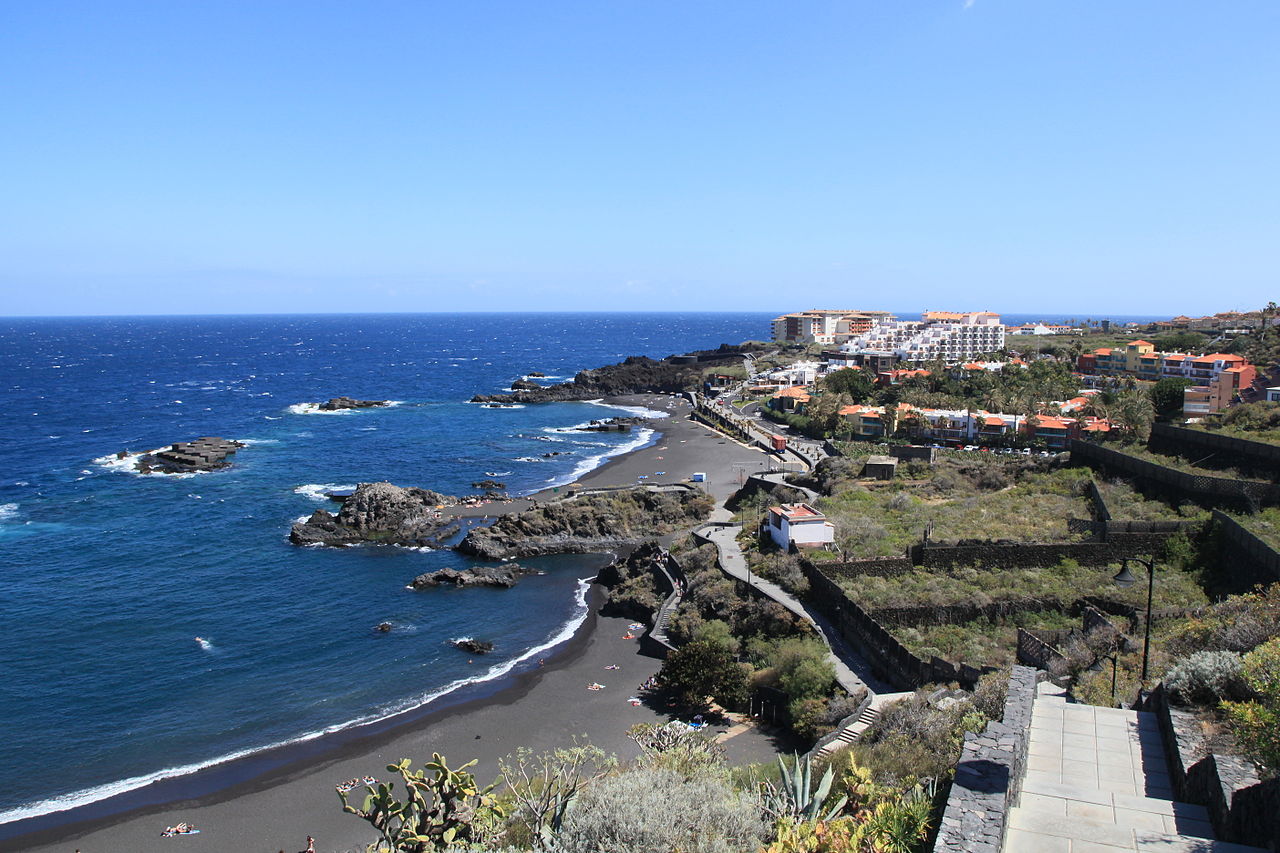 The beautiful island also offers you magnificent beaches. They are made of black volcanic sand, but excellent for enjoying a pleasant bath and for sunbathing after visiting the beauties of La Palma.

Among them, we recommend the Los Cancajos beach, which is only two kilometers from the island's capital and is equipped with all the comforts. In addition, it has a natural breakwater that keeps its waters calm. Also, the richness of its seabed makes it perfect for you to practice scuba diving.

We also recommend the Tazacorte beach, ideal for families; that of Nogales, at the foot of an imposing cliff; that of Puerto Naos, with its promenade, or that of Green puddle, which has all the services.

However, more curious is the veta beach, located under an impressive cliff that has houses built into the rock itself. You have surely seen it on television programs because it is one of the most typical places on La Palma.

Finally, if you prefer the pool, you have several on the island. Among them, those of The Girdle, which take advantage of the rocks and water of the sea and those of the Blue puddle, also marine. You even have a river beach in Caldera de Taburiente itself to cool off after a long walk.

Once we have told you about its main natural wonders, we are going to focus on something else to do in La Palma: discovering its towns, full of typical charm and beautiful monuments. 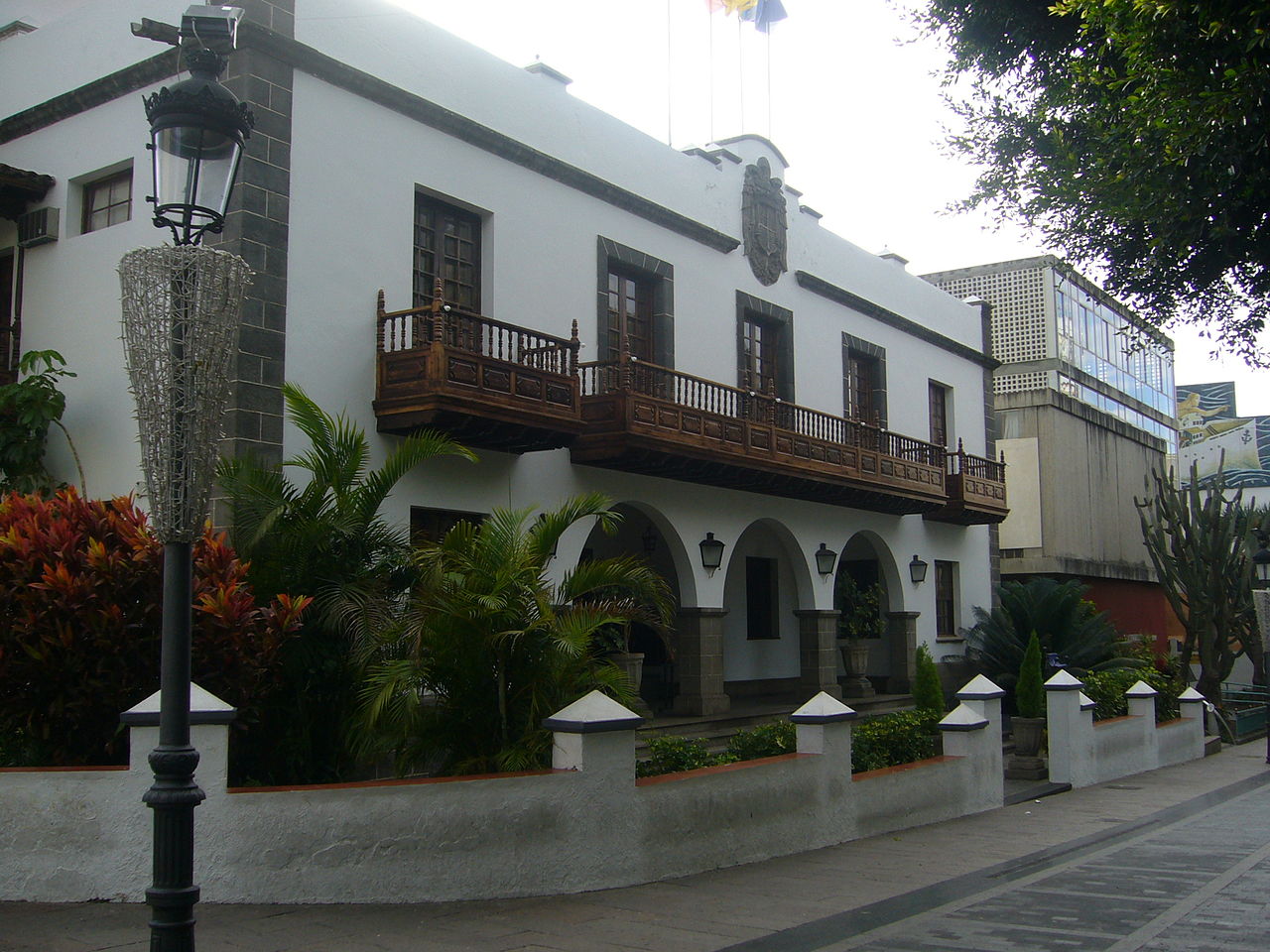 With this poetic name, a town located to the west of the pretty island is known. It is its most populated municipality, with about twenty thousand inhabitants and it has several places of interest that we are going to show you.

Its social nucleus is the Spain Square, adorned with eleven imposing laurels of the Indies and several royal palm trees brought from Cuba. In it are the most representative buildings of the town. Regarding these, we advise you to see the Town hall, a regionalist building in a traditional style with its typical balconies.

You should also visit the church of Our Lady of the Remedies, built in the XNUMXth century. To its external beauty it adds several treasures that are inside. Thus, the flamenco carving of the Virgen de los Remedios and the Cristo de la Salud, which was made by the Tarasco Indians of Mexico with corn paste.

On the other hand, in the area of Plain of ArgualYou can see several manor houses built in the XNUMXth and XNUMXth centuries. Among them, the Vélez de Ontanilla houses and the Massieu Van Dalle house. Finally, after passing through the viewpoint located in the Plaza de los Cuatro Caminos, with its mosaics, approach the Benahoarita Archaeological Museum, dedicated to the native town of La Palma.

El Paso, another thing to do on La Palma 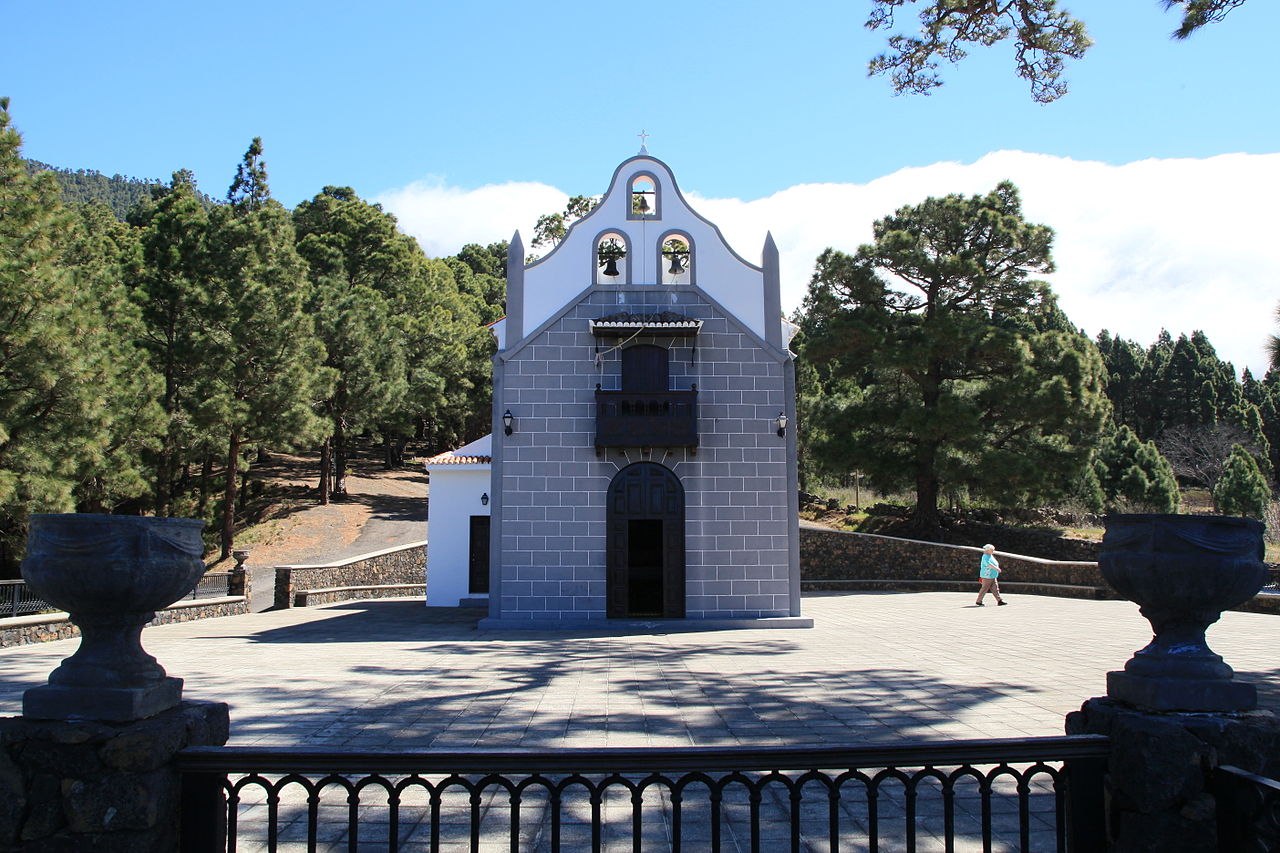 Hermitage of the Virgen del Pino

If the former was the most populated municipality on the island, this is the largest. In fact, a large part of the Caldera de Taburiente belongs to him, but as a curiosity we will tell you that it is the only one that lacks a coastline. A good part of its orography is mountainous, with peaks like the Old Summit or Bejenao peak.

Canarian pine forests also abound in it. Precisely, near the hermitage of the Virgen del Pino, patron saint of the municipality, is the oldest tree of this species on the island, with about eight hundred years. It is also one of the largest, as it has a radius of 120 centimeters and a height of 32 meters.

Every three years, the Virgen del Pino is lowered in procession to the church of Our Lady of Bonanza, in the capital. This is a small temple from the XNUMXth century that stands out for its beauty. After spending a month in it, the image of the Virgin is once again taken to her hermitage to celebrate her festivity at the beginning of September.

Already in the twentieth century the new church of Our Lady of Bonanza, larger than the previous one and in a neo-gothic style. Finally, we advise you to see the building of the Town hall, Monterrey Theater and Silk museum. 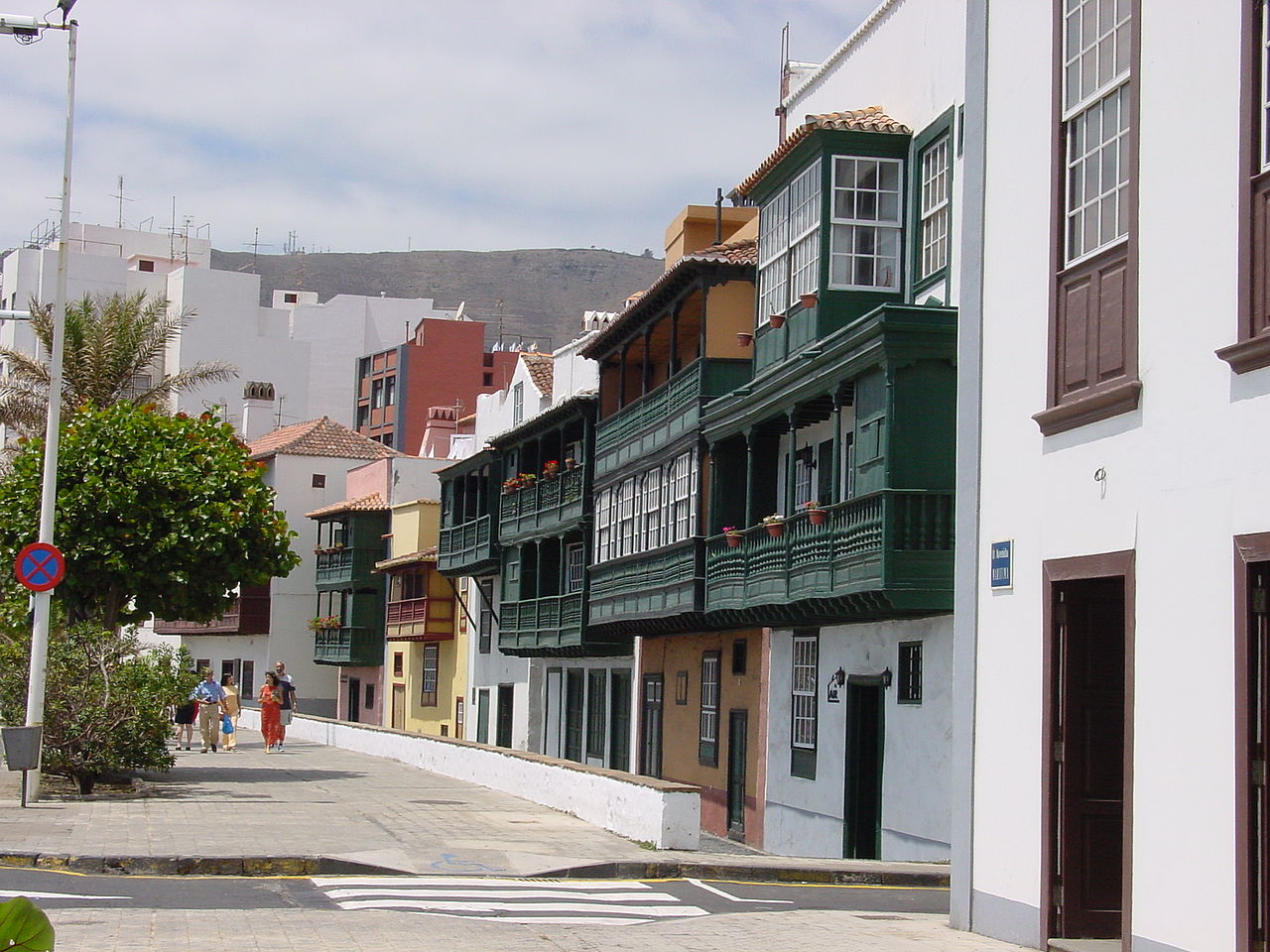 Founded in 1493 under the curious name of Villa de Apuron, it is the capital of the island. Despite its small size, it has a rich Renaissance and Baroque heritage. Much of it is concentrated around the Spain Square, where you can see the City Hall, the mother church of El Salvador and several aristocratic mansions.

You will also find several monuments of interest in the real street, main artery of the population. Among them, we advise you to look at the Sotomayor palace and the Salazar house. For its part, on Avenida Marítima, its beautiful traditional buildings with balconies will draw your attention.

Also, in Santa Cruz you must visit the castles of Santa Catalina and San Fernando and the churches of Santo Domingo and San Francisco. The latter is attached to an old Dominican convent that today houses the Insular Museum.

Finally, in the upper part of the capital is the Royal Sanctuary of the Virgen de las Nieves, patron saint of La Palma. As with the Virgen del Pino, this figure is also lowered in procession to the streets of the city. Specifically, it is housed in the mother church of El Salvador and is taken back to its sanctuary on August XNUMX, the date of its festivity.

In conclusion, we have shown you some of the best things to do on La Palma. But you have many other possibilities. For example, visit Tazacorte, with its beautiful hermitage of San Miguel, or garafía, where are the cave areas of La Zarza and La Zarzilla, in which petroglyphs abound, and the natural monument of the Hiscaguán Coast, with its spectacular cliffs. Are not you enough reasons to visit this beautiful Canarian island?

Full path to article: Travel News » Getaways Europe » Spain » What to do on La Palma despite the volcanic rock