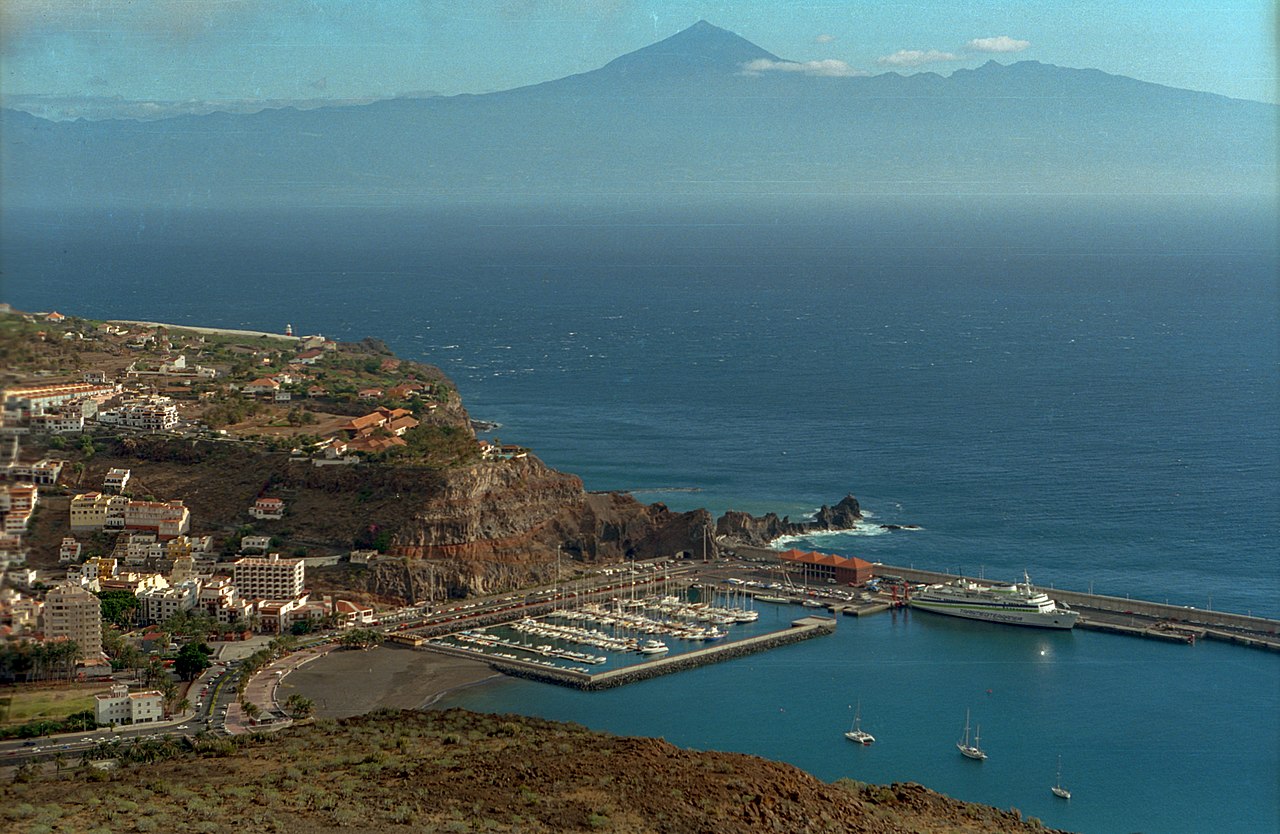 What to see in La Gomera is a question that many people who are preparing to travel to this Canarian island ask themselves. It is logical, since it is one of the least known of this Spanish archipelago and, of course, less visited than Tenerife (here we leave you an article about Tenerife) or Gran Canaria.

La Gomera, however, is overflowing with beauty everywhere. Declared Natural Reserve of the Biosphere in 2012, it offers you natural parks, small towns full of charm and with interesting monuments, spectacular beaches and singularities such as the well-known rubber whistle. The latter is an ancestral form of communication that was already used by the aborigines of the island and that has been declared Heritage. If you wonder what to see in La Gomera, we invite you to continue reading.

What to visit in La Gomera: from Garajonay to the beautiful San Sebastián

We will begin our tour of this Canary Island visiting natural wonders such as the Garajonay National Park to continue seeing amazing places and finish in San Sebastián de la Gomera, capital of the island. 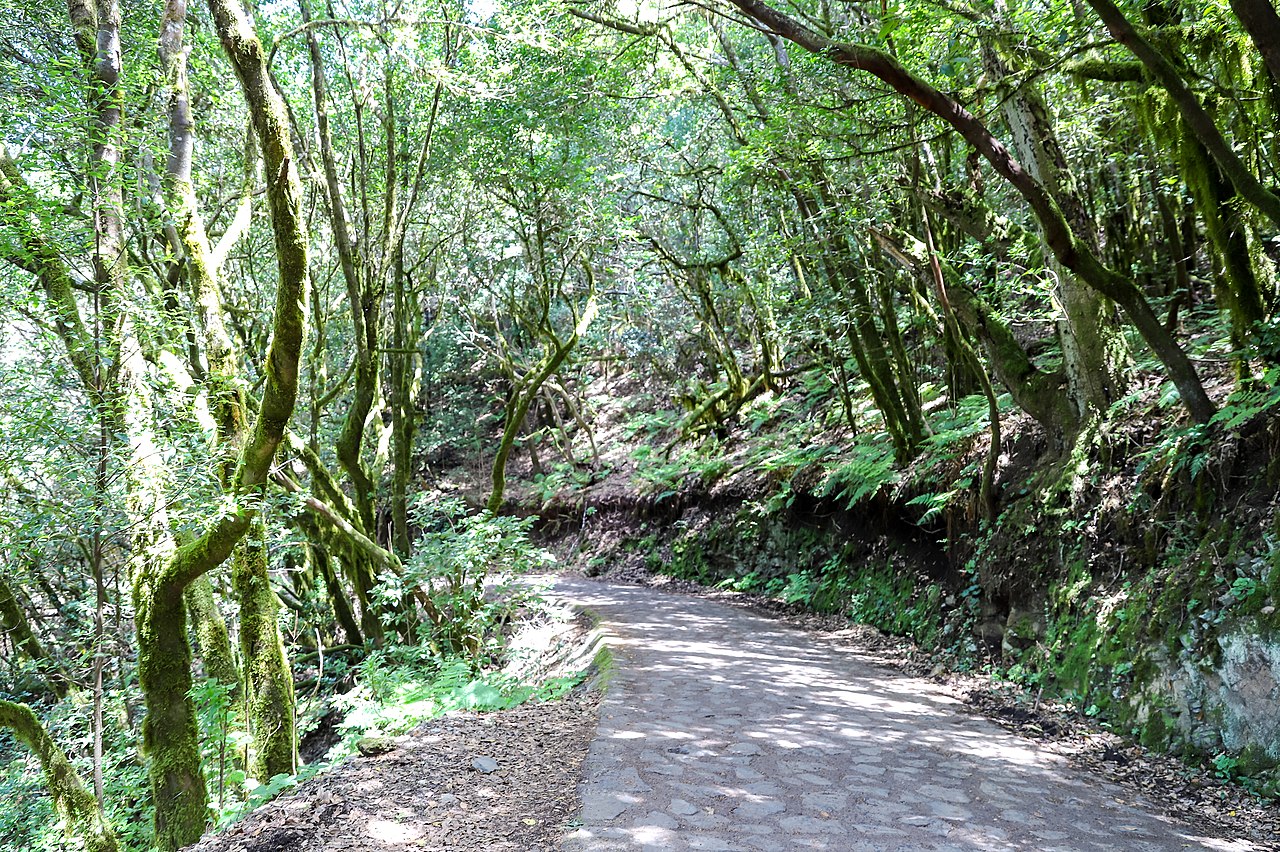 This wonder of nature occupies more than 10% of the island and is located in its central part. The park receives its name from the summit that dominates it, the Garajonay, which, at almost XNUMX meters high, is the highest elevation on La Gomera.

Declared Heritage, this natural space consists mainly of laurel forests, which are considered a true relic of nature. They are typical of the tertiary period and have ended up disappearing almost everywhere. They are made up of fayas, heather, ferns and laurels, mainly.

The best way to get to know this park is by walking. You have numerous well marked trails running through it. In addition, inside you have the recreational area of Laguna Grande and at the point called Balls game, belonging to the municipality of Needle, you will find the visitor center.

Other natural monuments to see in La Gomera 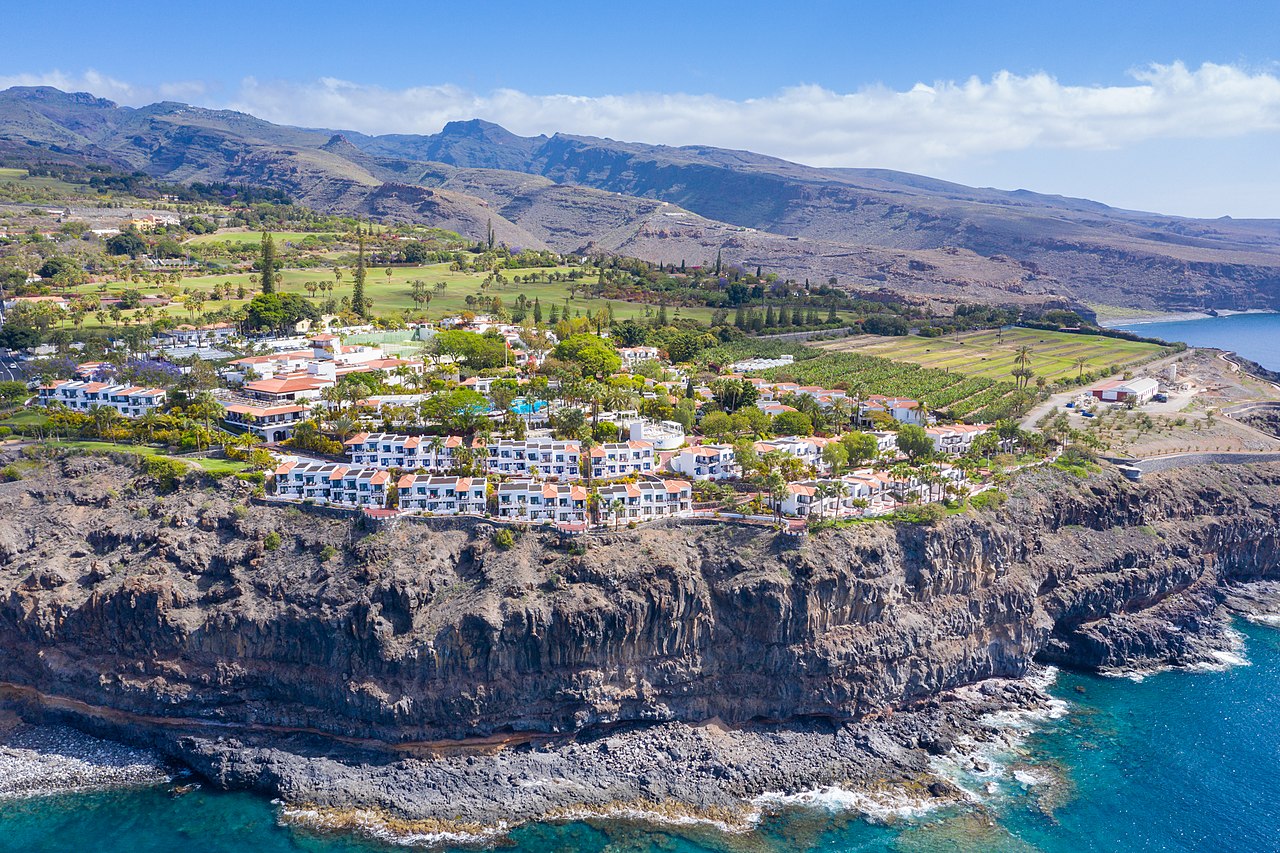 However, Garajonay is not the only natural attraction on this Canarian island. To the north is the Majona natural park, in which erosion has created large ravines and has endemic species.

Natural monuments such as those of White Rock, the Carretón's Loin or La Caldera. The latter is the best preserved volcanic cone on the island. But, perhaps, the one that most catches your attention is that of The organs, some shapes in the cliff that reproduce the tubes of this instrument.

In short, it would be impossible to tell you about all the natural wonders to see in La Gomera. But we will also mention the natural reserves of Puntallana and Benchijigua, the protected landscape of Orone, the sites of scientific interest of the Cliffs of Alajeró and Charco del Conde, as well as the rural park of Valle Gran Rey, with its cliffs and ravines covered by terraces.

The best beaches in La Gomera 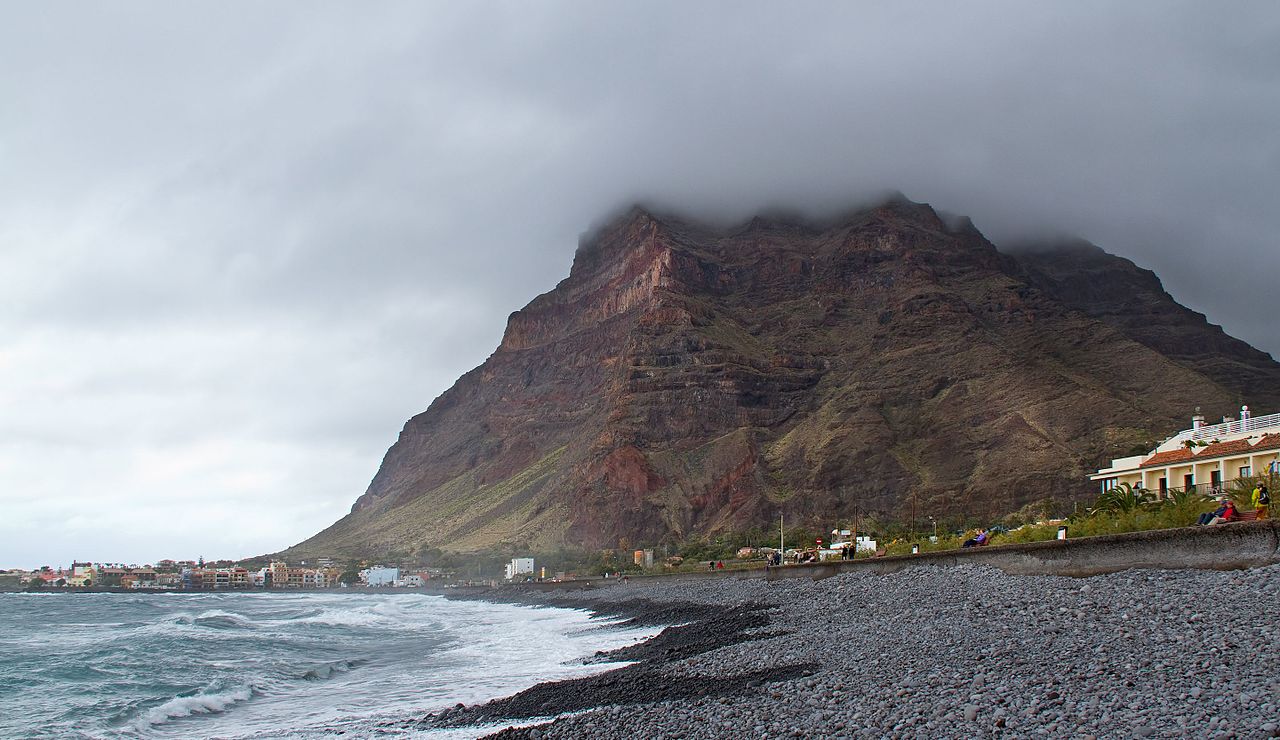 We can't tell you what to see in La Gomera without stopping at its magnificent beaches. All of them have dark sands, but this does not make them less beautiful or recommended for the bathroom. In fact, the island has some of the best in the Canaries (here we leave you an article about the beaches of the archipelago).

In the north of the island you have the beach of La Caleta in Hermigua. It is only two hundred meters of volcanic sand, but that gives it even more charm. In addition, it is protected from the waves, which makes it perfect for swimming. Very close is the beach of Santa Catalina, which is nevertheless perfect for maritime sports such as surfing, although it also has a beautiful natural pool. But, if we talk about these types of places, better still are those of the Vallehermoso maritime park.

As for the south of La Gomera, we recommend the beaches of The Calera and English in Valle Gran Rey. The first of them is perfect for you to go with children because of its low waves, while the second is considered the best on the island. It is located at the foot of a spectacular cliff and retains its virgin air. On the other hand, in Alajeró you have the beach of Santiago, ideal for diving due to its fish farming wealth, and in San Sebastián de La Gomera you will find that of the town itself, that of La Guancha and of La Cueva, the latter recognizable by the monument to the Olympic torch.

La Guancha is precisely a nudist beach, but it is not the only one on the island. There are also those of Tapahuga, Chinguarime, Argaga, El Guincho, El Cabrito and las Arenas, among others.

After visiting a good part of the nature of the Canary Island, we are going to visit some of its towns, which are essential regarding what to see in La Gomera. We will start with Alajeró, located between imposing mountains (in fact, it occupies an area of ​​the Garajonay park), but with access to the sea through spectacular cliffs.

Alajeró is an almost obligatory visit, since in its municipal term is the La Gomera airport. However, you can also see in the locality the beautiful church of El Salvador, built in the XNUMXth century and the Hermitage of Our Lady the Virgin of El Paso, patron of the town. 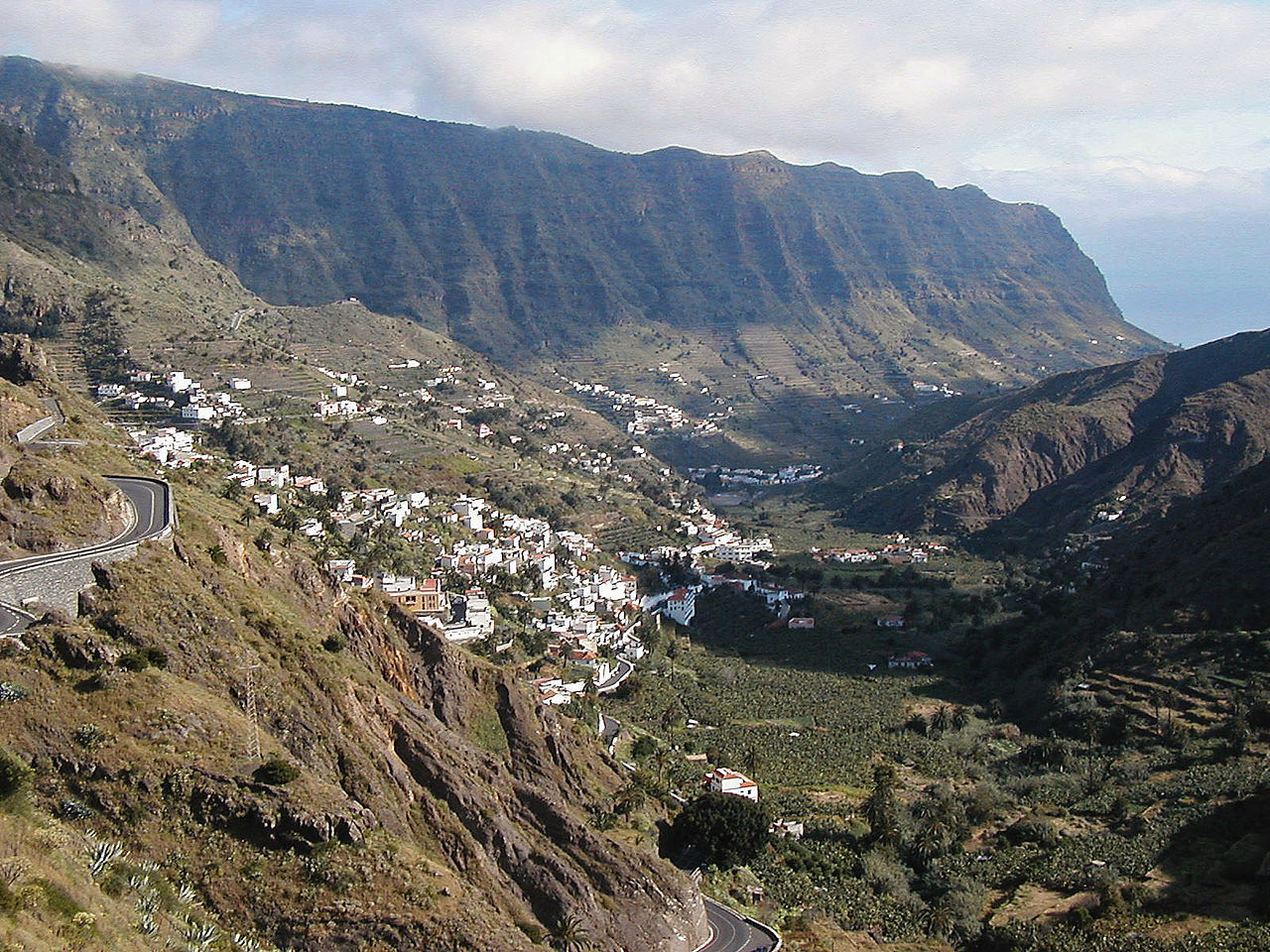 View of Hermigua, one of the towns to see in La Gomera

Located to the north of the island, this town is home to the Ethnographic Museum of La Gomera, an essential visit if you want to know the traditions of the island and that is complemented by the Los Telares park. Also, you can see the convent of Santo Domingo de Guzmán, built in 1598; the hermitage of San Juan and the church of the Incarnation, a beautiful temple that combines neo-Gothic and neo-Byzantine styles.

But the great symbol of Hermigua are the Roques de Pedro and Petra, two spectacular volcanoes that have their own legend. According to this, they were two lovers who were turned to stone by lightning. 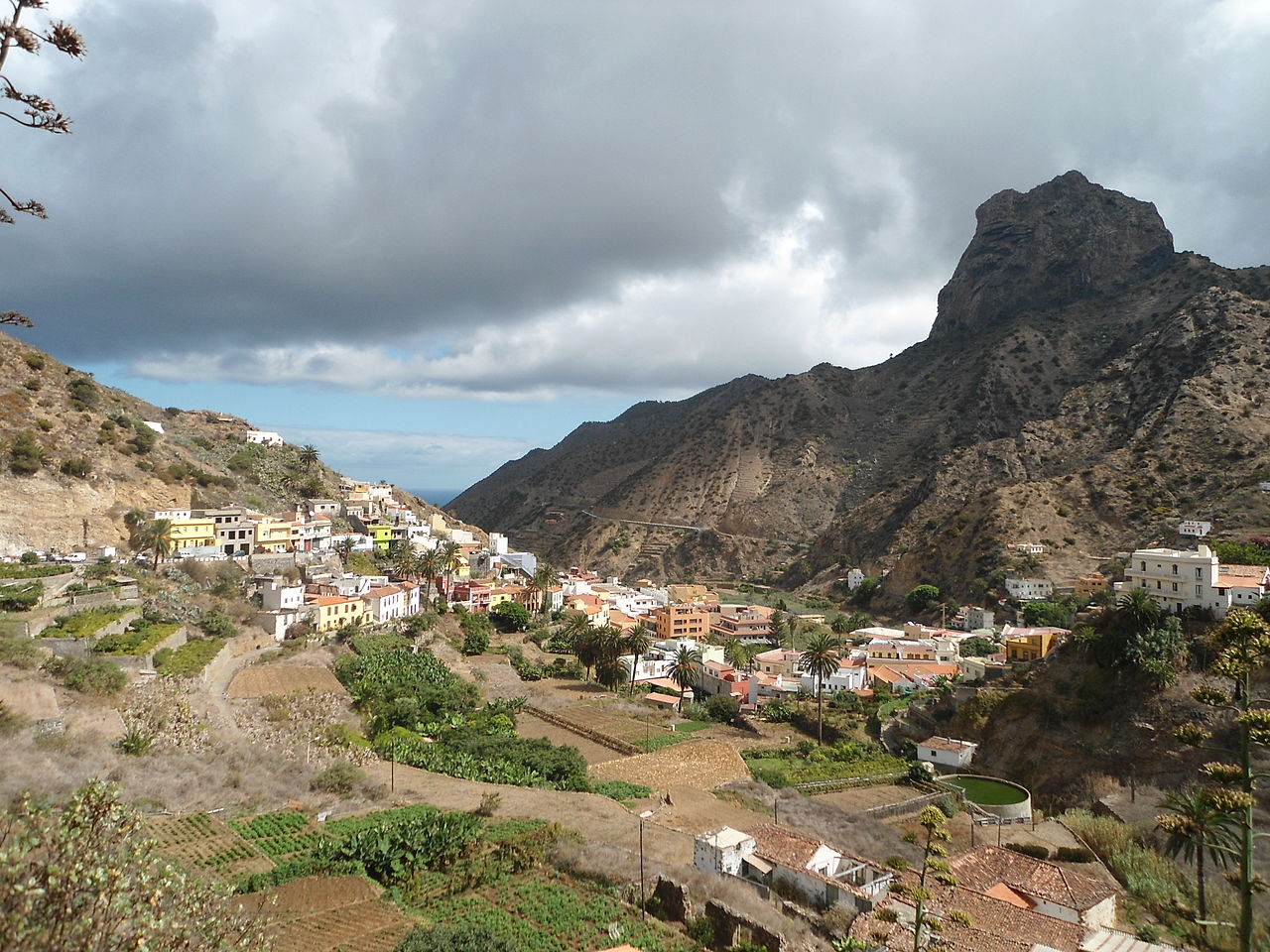 Protected by the majestic Rwhat cano, the town of Vallehermoso also has the natural monument of Los Órganos, which we have already told you about. But your visit to the village must begin with its beautiful Constitution Plaza, presided over by the City Council with its Canarian-style balcony and full of bars.

Also, you have to see the church of San Juan Bautista, a neo-gothic temple of the XIX century; the spectacular botanical garden of the Discovery, with species from all over the world and the remains of the Castillo del Mar. The latter was part of a loading dock built at the end of the XNUMXth century for the export of bananas, of which there is also the so-called Vallehermoso davit. 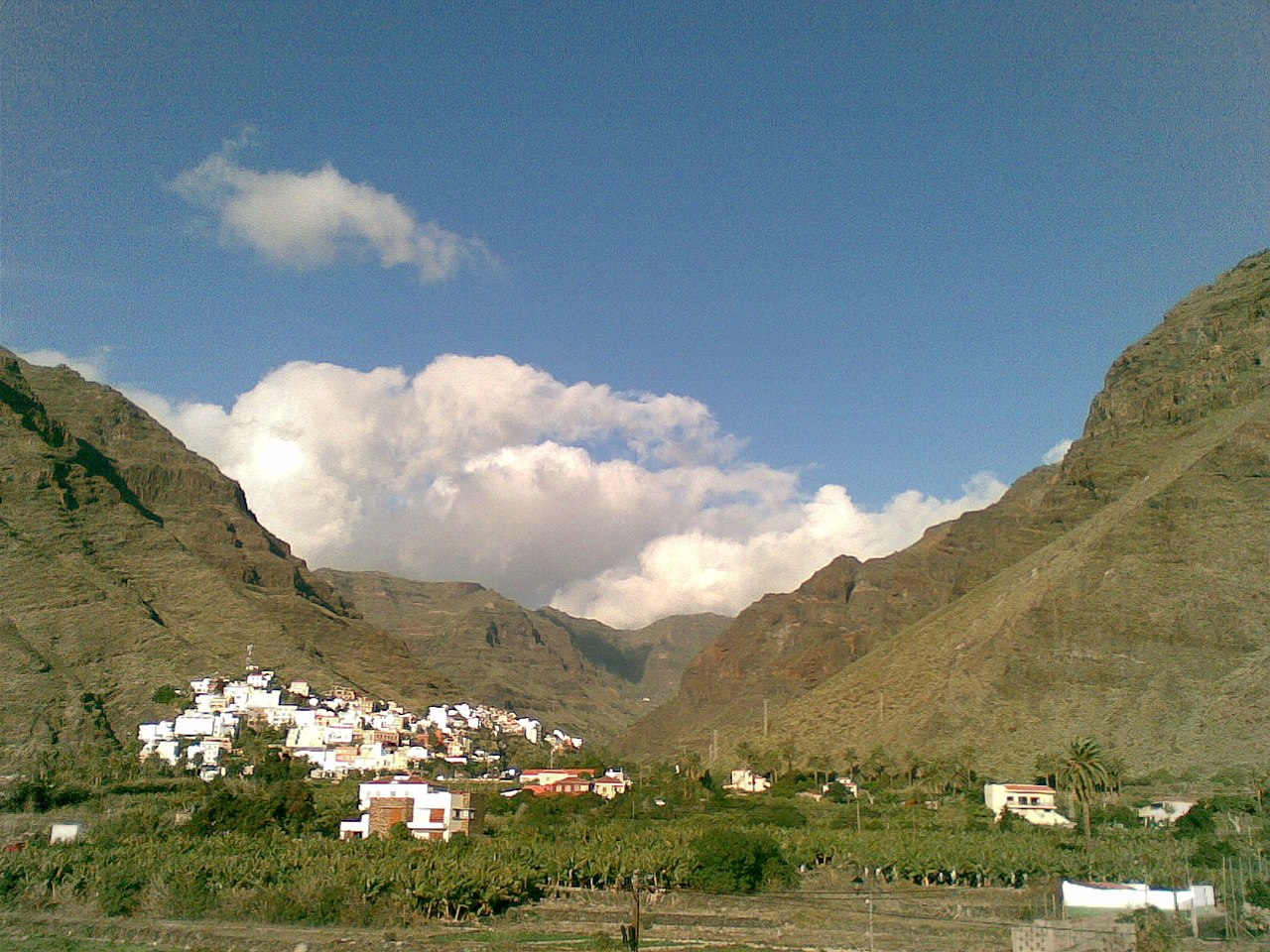 Located at the foot of the imposing mountains where the famous rubber whistle, Valle Gran Rey offers you a beautiful fishing and sports port. But you can also see in this town the hermitage of the Holy Kings, built at the beginning of the XNUMXth century, and the Palmarejo viewpoint, created by the Lanzarote artist César Manrique and which offers you spectacular views of this beautiful valley.

It is not the only one you can find in the area. In fact, La Gomera is the island of viewpoints. We also recommend the Santo, Curva del Queso and La Retama. Finally, on the second Sunday of each month you have a lively craft market in the town. 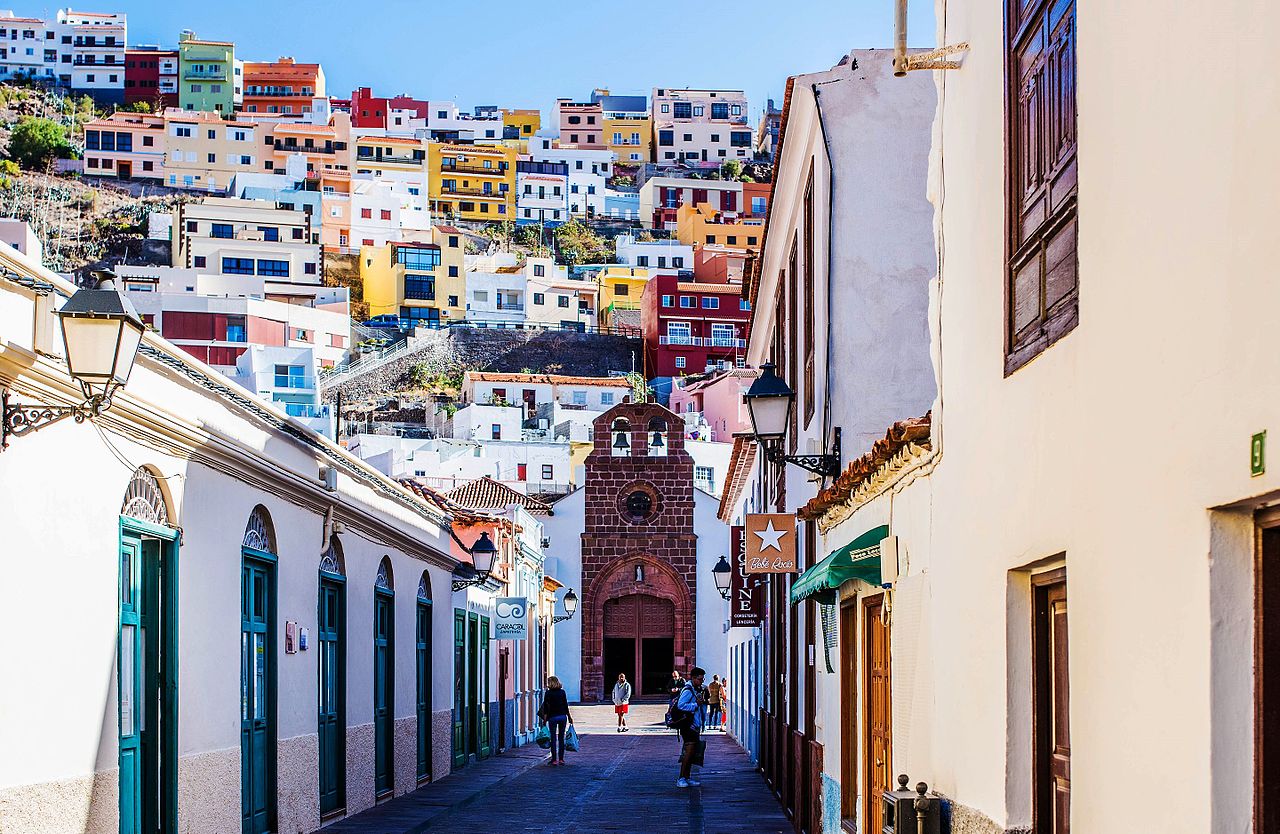 We finish our tour of the island in its beautiful capital. San Sebastián de la Gomera is a small town of barely ten thousand inhabitants that is full of charm. We have already told you about its beautiful beaches, but it also has a good number of monuments.

Furthermore, we would tell you that she herself, as a whole, is monumental. It is stepped on a coastal hill and is full of streets and typical Canarian houses. But we advise you to visit the church of Our Lady of the Assumption, whose origin dates back to the XNUMXth century, although, due to pirate attacks, it has had to be rebuilt several times. In any case, it combines Gothic, Mudejar and Baroque styles. In addition, inside you have some beautiful frescoes.

To the same time belongs the Torre del Conde, considered the symbol of La Gomera. Built of white and red stone, it was a defensive fortification that was later used as a reception place for personalities. Currently, it houses a cartographic exhibition of the island.

You should also visit the House of Columbus, an XNUMXth century building. It receives this name because the house that was previously on this site was used by the navigator as accommodation before leaving for America. Today it is home to a beautiful museum of pre-Columbian art.

Moreover, the hermitage of San Sebastián It was built in the XNUMXth century and houses the image of the saint that gives it its name and who is the patron saint of La Gomera. But even more beautiful is the house of the Well of Aguada or Customs. It is said that Columbus drank the water with which he blessed the New Continent. It stands out for its traditional Canarian style and currently has a museum dedicated precisely to the admiral's travels. 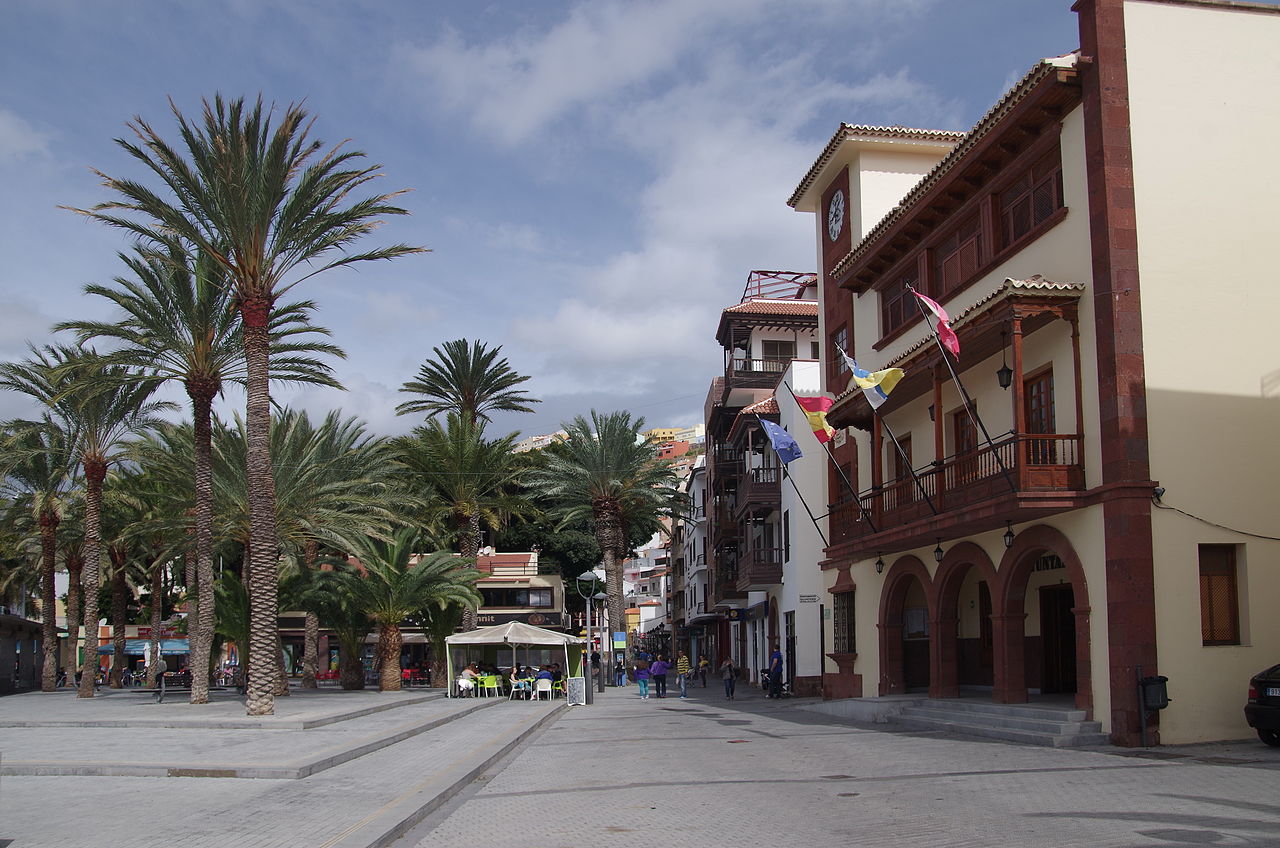 Many of these monuments are in the real street, the most important in San Sebastián de la Gomera. It is pedestrianized and full of shops, bars and restaurants. But, above all, it is framed by numerous typical Canarian houses such as Los Quilla, Los Condes or Casa Darias.

Finally, in an XNUMXth century building you have the Archaeological Museum of La Gomera, which has recreations of Guanche altars and other elements of the island's aboriginal culture.

In conclusion, we have reviewed with you everything what to see in La Gomera. As you will see, it is a wonderful island where you will enjoy beautiful natural landscapes, quiet beaches and an interesting monumental heritage. Now you just have to encourage yourself to visit it and tell us how you have spent it.