In the region of Limousin, France, there is a beautiful city internationally recognized for the quality and beauty of its porcelain: Limoges. It is a city with history and art whose treasures and attractions go far beyond its fine and famous porcelain.

Limoges has eye-catching sites like a truly monumental train station, beautiful parks and gardens, and a cemetery that is unique in Europe. Do we know today what to see in Limoges?

The city is capital of the Limousin region, former French region, and is located on the banks of the Vienne river, to the south from the country. Although it is famous for its porcelain and its paper during the French Middle Ages, in addition to is part of the well-known Camino de Santiago, nowadays it is not in the most tourist route of all. Still, it is well worth a visit.

The city is well connected by train to the rest of France and also has an international airport. It is a great destination if you plan to take a little trip to the southwest of France as it is located halfway between the port city of La Rochelle and the wine-growing area of ​​Bordeaux.

The truth is that if you like France and want to escape the masses, Limoges is perfect. Is just about 400 kilometers south of Paris, in the heart of what was once called Limousin but today is called New Aquitaine, so prices are lower and museums have fewer tourists.

We said above that it was important in the Middle Ages and it is because, in part, it has played a role in the life of Richard the Lionheart, the famous English king, in part French, buried in the Cathedral of Rouen, in Normandy. Here today in Limoges you can follow the Ricardo Corazón de León Route that travels 180 kilometers touching 19 important sites, castle and cathedral of the city included.

What to see in Limoges

Su historic helmet, obvious. The medieval architecture It is amazing, the houses retain their wooden ceilings and it is the best postcard of the French countryside that you will see. Better than what you see in Colmar, Strasbourg or Le Marais. Many buildings are hundreds of years old.

A street that you should not miss is the Butcher Street, in Le Quartier de La Boucherie. Historically it is the street where the city's butchers lived and it seems really suspended in time. The streets are narrow and cobbled, the houses are even smaller and hidden among them is the Chapel of Saint Aurelien, beautiful, with the image of the patron saint of butchers. Inside are his relics, with lots of gold.

The second thing in a visit to Limoges is yes or yes for its porcelain. During the XNUMXth century, local porcelain production was at full throttle and to this day 50% of French porcelain is made here. To learn more there is a museum in the center, with more than 12 thousand pieces and collections. Its about Adrien Dubouche National Museum. Another museum that you can visit is the Arts and Crafts Center, at the foot of the local cathedral.

Another is the Limoges Resistance Museum, which opened in 1989 in the historic center. It has a collection of weapons, objects and original documents that speak about the local resistance to Nazi occupation in times of the Second World War. Admission is free and it is open every day except Tuesday and Sunday mornings at certain times of the year. 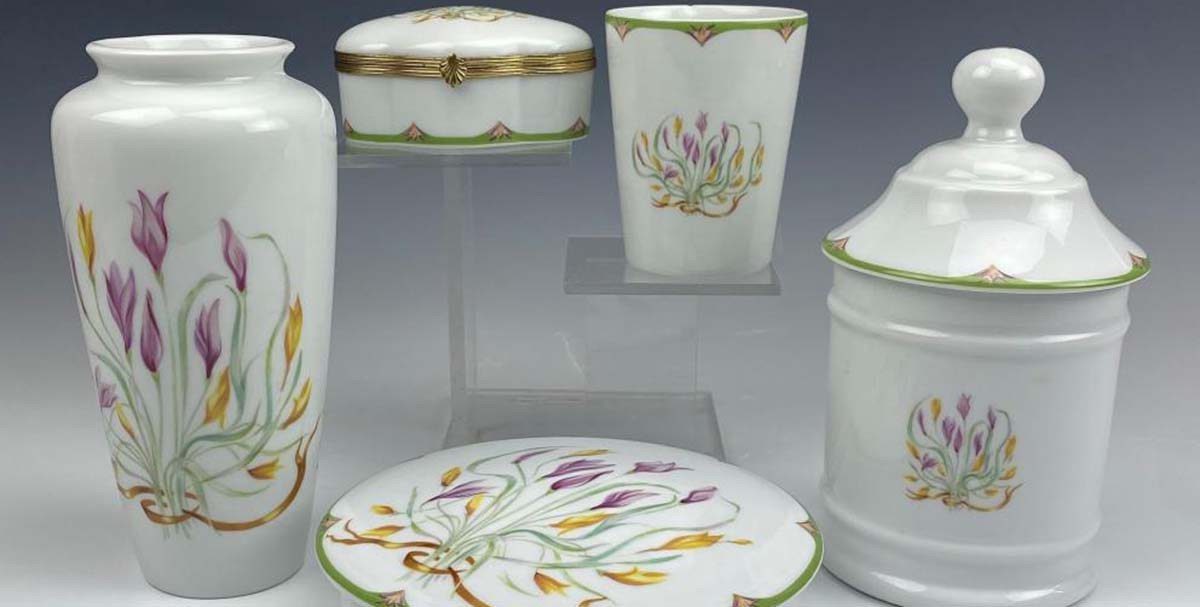 More museums? Is the Fine Arts Museum, in an elegant XNUMXth century building, former bishop's palace, the Casseaux Porcelain Museum, dating from 1904, the Haviland Museum also made of porcelain but decorative and elegant dinners, the Traditional House of the Butcher, from the XNUMXth century and a beautiful museum that is the Tapestry Museum.

We talked above that Limoges also had a Really monumental train station. The Gare de Limoges - Bénedictins It is the one that appears in the Chanel commercial starring Audrey Tautou. It has a beautiful clock and art-nouveau stained glass windows and is only a 15 minute walk from the city center. Great if you arrive by train.

There are more heritage sites to know, for example the Fountain des Barres, in the middle of a square surrounded by old buildings and elegant mansions, the La Règle Tunnel, actually a network of tunnels that pass under the old town and that some date from Roman times, although most of them were built around the year 1000 and the XNUMXth century. 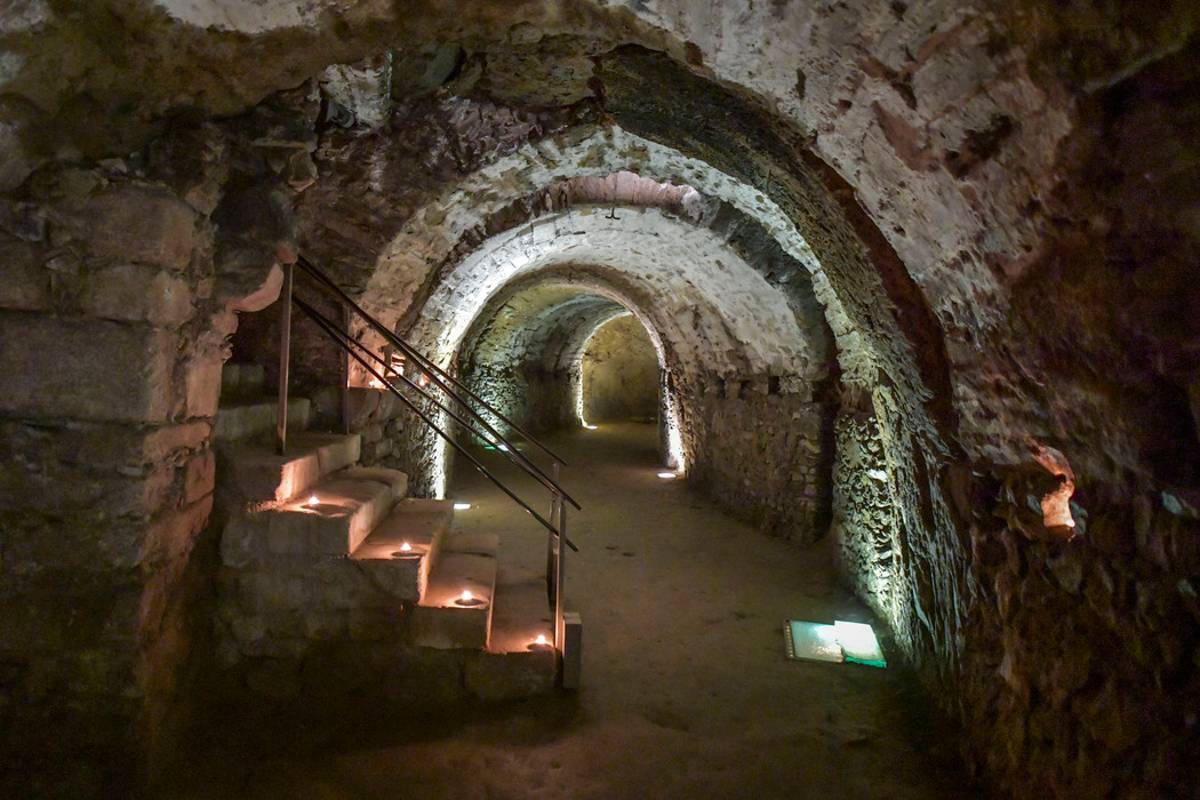 They have a complex architecture as some have two levels. They were used for storage and the one that can be visited, for example, was formerly the abbey cellar. It is only open for guided tours organized from the Limoges Tourist Office and each tour lasts half an hour. Another recommended site is the City Hall dates from 1883 and it was built on the site of the old forum.

The town hall is inspired by its Parisian brother, it has granite in the base and limestone in its walls, combining the styles of the Renaissance with Louis XIII. There are four ceramic medallions representing four local figures. Its fountain is also decorated with beautiful mosaics and was built between 1982 and 1893 in pink granite, bronze, and porcelain.

Another tourist destination is the Chapel of Saint Aurelian of which we spoke a little earlier, built in 1471. There is also the Pavilion du Verdurier, a frozen meat refrigeration pavilion that arrived from Argentina in times of the First World War. It is made of reinforced concrete covered with sandstone tiles. It was built in 1919 to end the monopoly of the butcher families on the Rue de la Boucherie. Today it works as an exhibition center.

La Court of the Temple connects with rue du Consulat by a corridor and it's a window to the past: houses with wooden roofs, a private mansion built in granite, art galleries, arches, Renaissance-style staircases ... It is a pedestrian street quiet ideal to enjoy in the afternoon summer nights.

And obviously, what is not lacking in Europe in general are churches and chapels so in Limoge there are many: the Saint-Etienne Cathedral Gothic style that took six centuries to build, the Crypt of Saint Martial in the abbey dating from the XNUMXth century, the Saint Michel des Lions Church and the Church of Saint PIerre du Queyroix, for example, each with its treasures.

El Limoges market It's a great thing, a site built at the end of the 1200th century, with a lot of metal as it was used then, well in the style of the Eiffel Tower. It has an exterior wall of 328 meters squares of bricks without a single pillar, a mural made with 6 porcelain tiles, each one different from the other, representing everything that is sold in the market: flowers, fish, games ... Inside there are two very nice restaurants. You can go from Monday to Saturday from 2 am to 7 pm and Sundays from 1 am to XNUMX pm.

Finally, beyond what you can see in Limoges, what can you do? You can go shopping, try local food, sign up for guided tours, hop on the hop on hop off bus, a very nice little train more than a bus or chat and walk with a neighbor from Limoges that will show you the best of his city ...

And, to save a little you have at your disposal the Limoges City Pass that opens the doors to many attractions in three formats: 24, 48 or 72 hours. It adds free use of the bus and public bikes and offers discounts at 75 stores.