We want to talk to you in this article about where to travel in May: the top ten destinations. The reason is very simple: spring brings good weather, the days are longer and the temperatures begin to rise. As if all this were not enough, the rainy season has not yet settled in Asia and winter has not yet made an appearance in South America.

All this makes traveling in May is a great idea. In addition, hotels are usually cheaper than in summer and many places celebrate parties very interesting. If to all this you add that the tourist areas are less crowded than in July or August, you have a good number of reasons to think about where to travel in May. We are going to show you ten of the best destinations to do it.

Where to go in May: 10 best destinations, from southern Spain to the beaches of the Philippines

The places that we are going to propose to you include dreamlike landscapes, incomparable beaches, numerous monuments and traditional festivals that are internationally renowned. We are going to begin our tour of the destinations to travel to in May.

Prague, a musical destination to travel to in May

The capital of the Czech region of Bohemia It is the first site that we advise you. As if its enormous monumental heritage were little reason, from mid-May to early June it celebrates its International Spring Music Festival. Large orchestras and conductors meet in the city to perform unforgettable concerts.

Therefore, if you are a music lover, we suggest a trip to Prague to enjoy this event. And, by the way, do not stop visiting the Castle and Mala Strana districts, where you will see monuments as spectacular as Prague Castle itself, the St. Vitus Cathedral or the precious Charles bridge. Also, do not forget to walk through Stare Mesto, the medieval city where you will find the Old Town Hall with its famous astronomical clock.

Porto: where to travel in May if you are looking for something different

Porto, a perfect destination to travel to in May

Probably the most beautiful city in Portugal is Lisboa and the best beaches in the country are in The algarve. However, Porto also has a lot to offer you. For starters, its old town has been declared Heritage for constructions such as its cathedral, its palace of the Stock Exchange, the church and tower of the Clérigos or its many bridges over the Duero river.

But, in addition, you can enjoy the lively terraces of The Ribeira, where they will offer you the popular cream cakes and the no less well-known Port wines. Although, if you want to know the process of making the latter, you have numerous wineries on the other side of the Duero.

Finally, do not stop visiting the museums of the Portuguese city. We advise you the Medieval, which is in the Casa del Infante, dated in the thirteenth century; the one of Electric car, with its old vehicles, and the Soares do Reis National, which shows a good part of the work of the sculptor that gives it its name, one of the most famous in Portuguese history.

Normandy, the land of spectacular cliffs

Located north of France, Normandy is beautiful at this time. If you visit it, you will find spectacular cliffs like those of Étretat, but also wild beaches that overlook the English Channel and other wonderful landscapes.

You can also see historical cities like Ruan fabric, where it was burned Joan of Arc and that has monuments such as the Cathedral of Our Lady, a jewel of Gothic style; the impressive Abbey of Saint-Ouen and the Church of Saint-Maclou, two examples of flamboyant Gothic, and the beautiful building of the Hotel de Bourgtheroulde, transitioning to the Renaissance style.

Another visit that you cannot miss in Normandy is Le Havre, whose historic center is Heritage for its peculiar Renaissance cathedral, the lantern tower of the Saint-Joseph church and other monuments.

But above all, you cannot leave Normandy without visiting the island of Mont Saint-Michel, which abandons its insular condition when the tide goes out and where the impressive Benedictine abbey of the same name is located, which combines Carolingian, Romanesque and Gothic styles.

You also don't have to leave Spain to choose where to travel in May. The Andalusian capital is a magnificent destination to enjoy spring. In Seville you have wonderful monuments such as its spectacular cathedral with its no less imposing Giralda; The tower of Gold or Real Alcazar, a jewel that combines Gothic and Mudejar styles.

More modern, but no less spectacular is the Spain Square, built for the Ibero-American Exposition of 1929 and which impresses with its size and shape. Also, do not forget to walk through its beautiful neighborhoods such as Triana or the Santa Cruz and for the precious Maria Luisa park.

But, in addition, Seville has another attraction at this time. At the beginning of May its famous fair, with the traditional lighting and where you can enjoy the wine and the music of the land.

The statue of Liberty

We change countries and even continents to invite you to visit New York, a travel bet that never fails. Any time is a good time to go to "the city of skyscrapers." In it, you can start your tour of Times Square, the famous square of the big screens. Then you can visit their neighborhoods, mainly Brooklin o Harlem, and walk through Central Park or see a show in Broadway.

But what you can't stop doing is see the Statue of Liberty ellis island, where citizens from all over the world came in search of the American dream and which is a monument to emigration, and museums such as the Metropolitan of Art, one of the largest and most important of its kind on the planet.

Cyprus, a jewel in the Mediterranean

Character very different from the previous one has the destination that we now recommend. Cyprus is a perfect combination of spectacular beaches and landscapes with an unrivaled historical heritage. Regarding the first, we recommend Nissi y Makronissos, where you can also practice scuba diving.

As for heritage, in Cyprus you will find spectacular Orthodox monasteries such as that of Saint Irakleidios and medieval castles like that of Kolossi, built by the knights of the Order of San Juan, next to churches like those of Troodos massif, recognized as Heritage.

On the other hand, in the capital of the country, NicosiaYou have a spectacular museum where you can explore the entire history of the island from the Neolithic to the Ottoman times. But before you can see the medieval wall built by the Venetians, which surrounds the old town which is accessed through doors such as the Famagusta.

La Palma, a different trip to the Canary Islands

To answer the question of where to travel in May, we suggest another island below. We are going to tell you about La Palma, one of the least known in the Canary Islands, but full of spectacular landscapes, dream beaches and typical towns.

Known as "the beautiful island"If you visit it, you will be able to enjoy sandy areas like those of Port of Naos, Green puddle o Los Cancajos. But also lush laurel forests and spectacular volcanoes such as those of I had a guide or the Caldera de taburiente, around which a whole national park has been created.

Finally, in Santa Cruz de la Palma, capital of the island, you have monuments such as churches of San Francisco and Santo Domingo, strengths like the Castle of Santa Catalina and stately mansions like him Sotomayor palace or the Main House of Salazar.

Bantayan, the tranquility of a Philippine island

Asia is always an interesting option to live a good vacation, the most visited countries on this continent They are home to incredible places, but if you are sure that your travel destination in May should have a beach, consider escaping to the Philippine island of Bantayan. Among its dream beaches, we recommend that of City, with its tongue of sand; Sugar's; that of Paradise or the even more rugged that you can find in the virgin island, which you can get to by renting one of the small local boats, called bangka.

You really don't have much else to do in Bantayan. Apart from the aforementioned sandy areas, you can walk the Omagieca Obo-Ob Mangrove Ecopark, a natural space of impressive mangroves. In any case, within the destinations to travel to in May, this is one of those that has better beaches and more tranquility.

Córdoba, the charm of the Caliphal City

It is always a good time to visit the Andalusian city of Córdoba. Not in vain, it is one of those with the most declared monuments World Heritage around the world. Almost unnecessary is that we tell you about its spectacular Mlittle, currently the Cathedral of the Assumption of Our Lady; of its Roman heritage; of its old Jewish quarter where you can still visit the House of Sepharad and the synagogue; of the caliphal baths or the imposing Alcazar of the Christian Monarchs.

Likewise, outside the city you have the complex of Medina Azahara, one of the peaks, next to the Alhambra in Granada, of Muslim architecture in Spain. But it is that, in addition, during the month of May Córdoba celebrates its Party of the Patiosdeclared Intangible Heritage of Humanity, and also the May Crosses Festival. 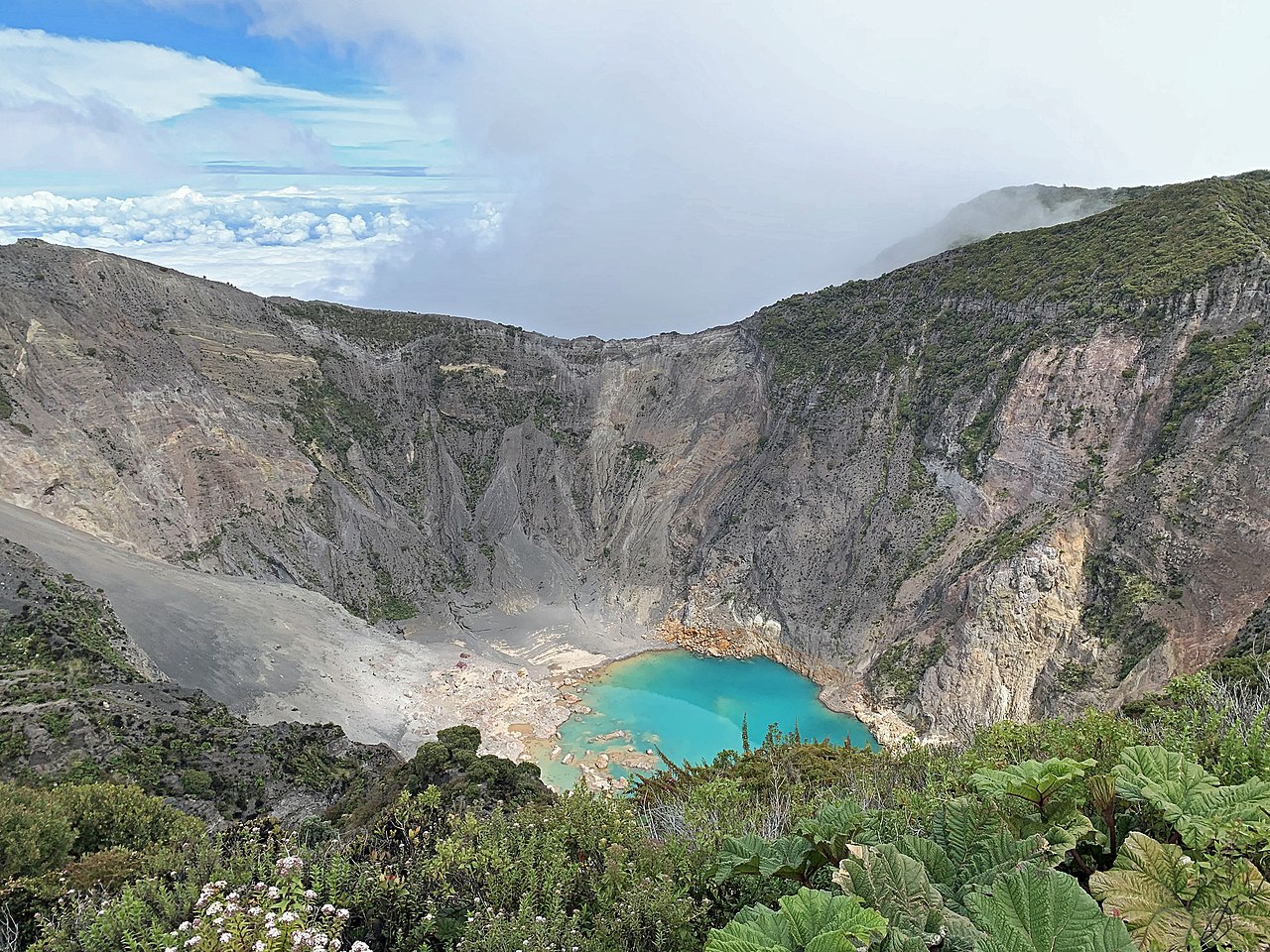 We completely changed the destination type to finish our list of where to travel in May. Costa Rica stands out for its exuberant nature. Good proof of this you have in your national park network, some mountainous and others in the middle of the coastal plain.

Regarding the former, we advise you to see the one from the Arenal volcano o the one from Irazú, while, as for the seconds, they are the Cahuita, with its coral reefs and its humid tropical forest; the one from Barra Honda, with its caves, or Carara's, with its native trees.

The latter is about a hundred kilometers from San Jose, the capital of the country. In it, you can also see sumptuous neoclassical buildings such as the Castle of the Moor, the Post and Telegraph or the National TheatreAs well as Metropolitan Cathedral and the churches of the mercy, loneliness and Carmen. If you want to know other places in Costa Rica, we encourage you to Read this article.

In conclusion, if you were wondering where to travel in may, we have shown you ten destinations that are in their maximum splendor at that time. Now the choice is up to you.

Full path to article: Travel News » Touristic destinations » Where to go in May: 10 best destinations