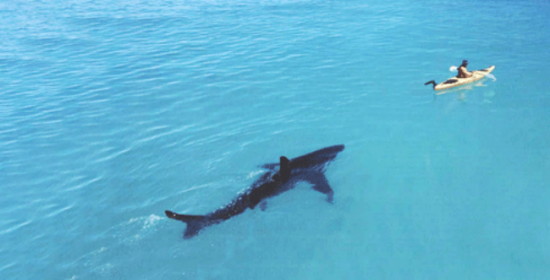 Today we are going to know what the most dangerous beaches in the world. Let's start the tour in Brevard County, located in Florida, United States, which has strong currents.

Time to head to Hawai, where we find the Kilauea Beach, which is considered dangerous because it is within the area where the lava flows from the Kilauea volcano.

El Bikini Atoll It is located in the Marshall Islands and it is dangerous because nuclear tests are carried out in the area by the United States, which is why it is a radioactive place. It is an uninhabited atoll which has an area of ​​6 square kilometers. This paradise turned into hell is also a cemetery for ships from World War II.

La Long Beach Island located in New Jersey, United States, it is dangerous for being the cave of the most dangerous white sharks in the world.

West End It is a beach that sits on the island of Grand Bahama and is considered dangerous because it is the beach that has the largest number of sharks in the world.

Galveston It is a beach located in Texas, United States, which also has constant shark attacks.

Horry County It is a beach located in South Carolina, United States, where shark attacks are also constantly carried out.

Finally we can point out the beaches of the North Coast of Australia, considered dangerous by the attack of jellyfish and sharks.

Further information: The best beaches in the world

Full path to article: Travel News » General » What are the most dangerous beaches in the world?