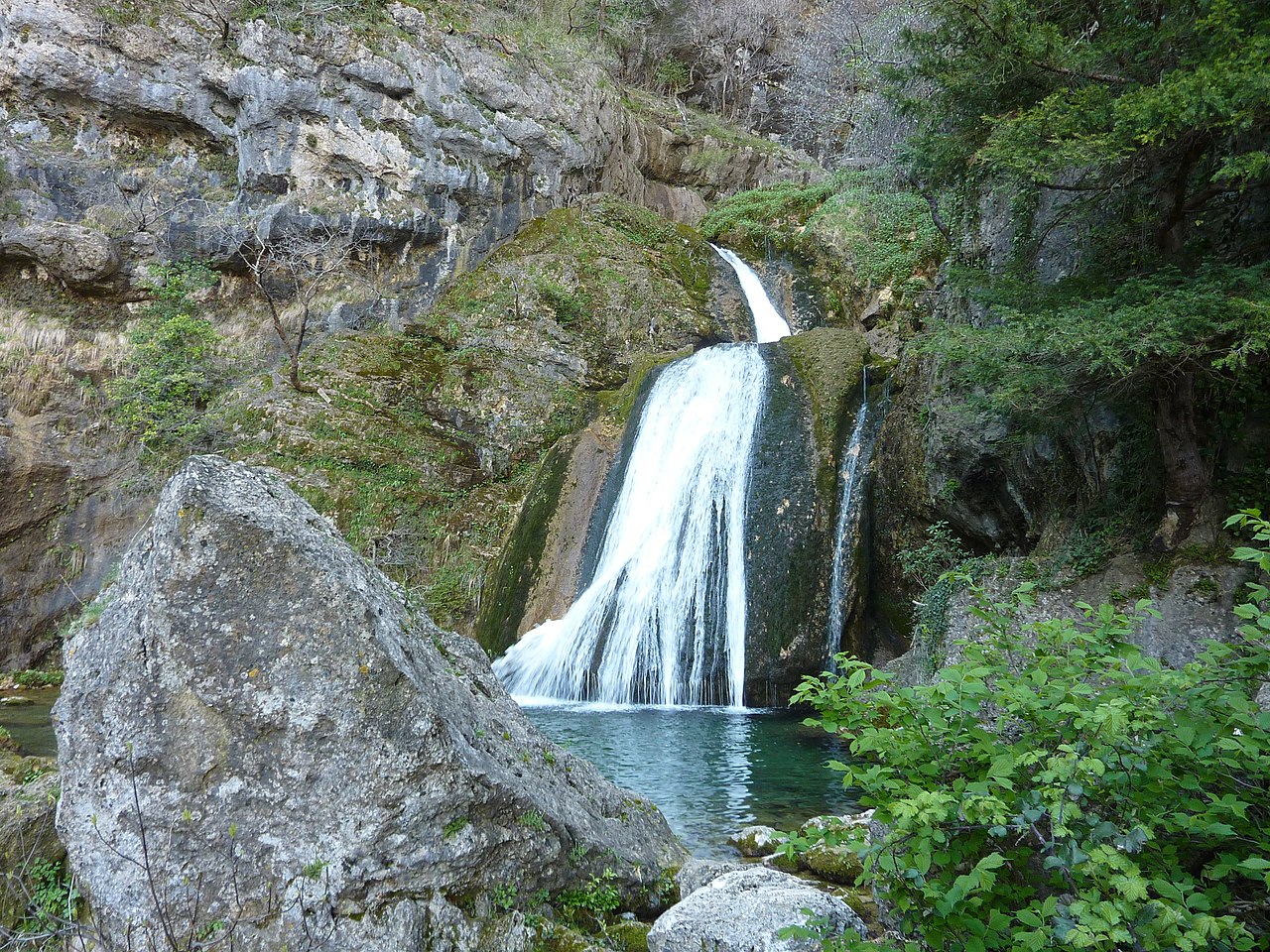 The source of the Mundo river is one of the most beautiful natural phenomena in the province of Albacete. Looking at it, you might think that you are in a waterfall of Hawaii. However, you are in the Alcaraz mountain range, one of those that make up the Prebetic mountain range.

The Mundo River is a tributary of the Segura, to which it joins after receiving, in turn, the rivers loggerhead and the Vega de Riopar. But first, it takes a tour that crosses several towns, each one more beautiful and historical. However, we are not going to anticipate. Let's start with the source of the Mundo river.

Birth of the Mundo river, a unique phenomenon

As we told you, the Mundo river is born in the Alcaraz mountain range. Specifically, it goes outside from a very deep cave. They are known from this thirty-two kilometers. In turn, the hollow is located at the top of a steep karst-type hill.

This class of rocks has porous spaces through which water passes. Thus, the Mundo river jet It falls in the form of a waterfall while forming lagoons. From these, it develops its flow. The vision of the exit of the water and its descent among vegetation is a unique spectacle.

When to go and how to get there

The best time for you to see the source of the Mundo River in all its splendor is the spring. Then the jet of water comes out with impressive power in a phenomenon popularly known as "the blowout." 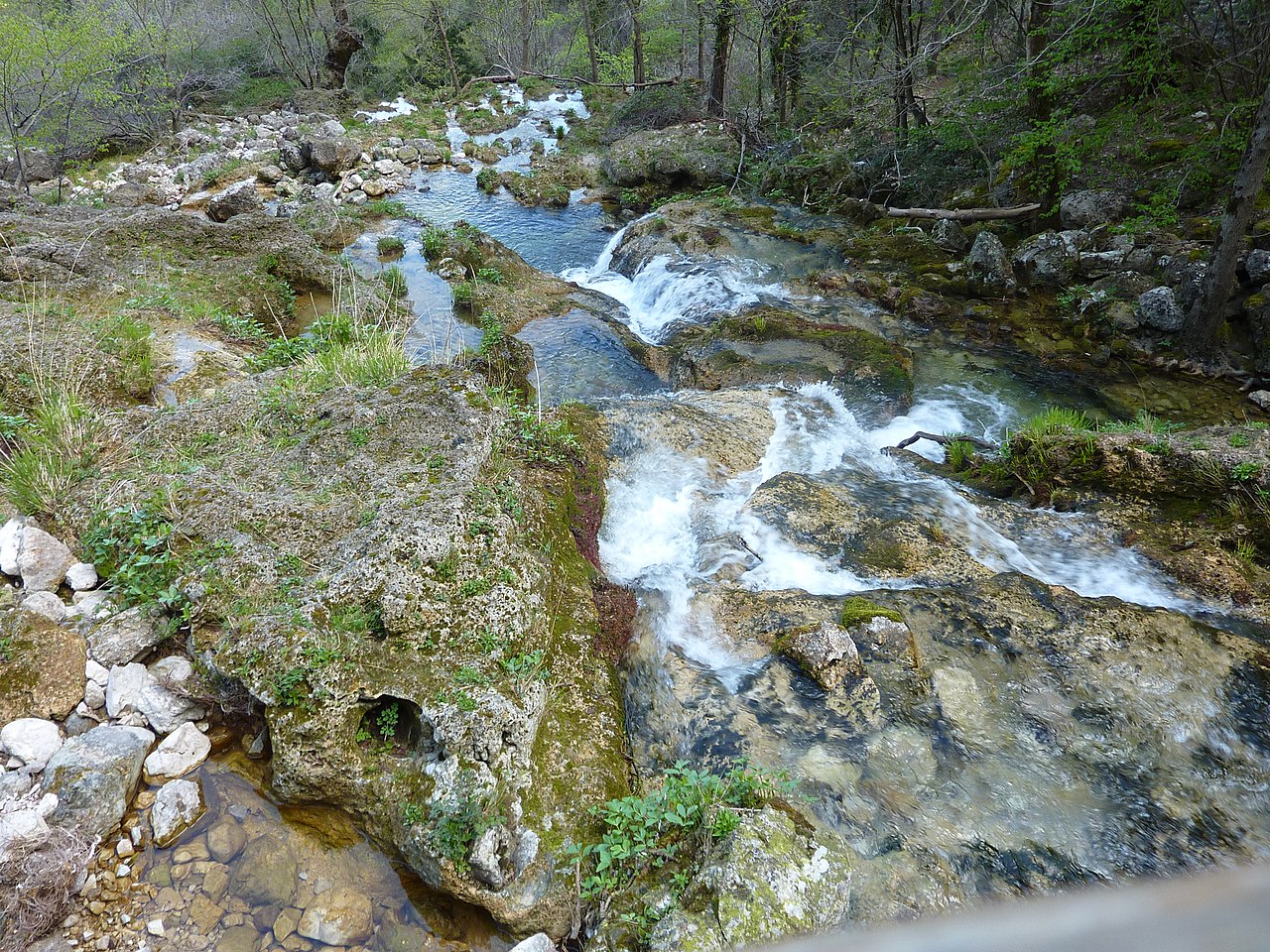 Source of the Mundo river

To get to the place where the river is born, you must use the car. Since Riopar, you have to take the road that is going to Siles. About six kilometers later you will find the deviation that goes to the source. You will reach this after traveling another two kilometers. Don't worry about parking because you have a car park with capacity for one hundred cars and six buses. But, after seeing the source, you still have a lot to visit along the course of the Mundo river.

The hiking route of the source of the Mundo river

The first thing we want to recommend is that you do this beautiful hiking route. Part of the same place where the river is born and has a length of about seven kilometers. However, the route is not easy because it travels through heights of up to XNUMX meters and has some dangerousness.

However, if you decide to do it, you will be amazed by the landscape it offers you. In fact, it runs through the Calares del Mundo and La Sima Natural Park. In addition, the route reaches the very mouth of the cave through which the Mundo river emerges. To do this, you will need a special authorization that will also allow you to enter it for about XNUMX meters without the need for caving equipment. But never try to go further. This is only suitable for federated professionals.

In any case, the route is worth it. You will see places like his own Cala of the World, a plateau with abundant sinkholes through which the water filters into the cave. Later, this hollow will expel it, giving rise to the source of the Mundo river. You will also see vultures, eagles and other species in the area.

Not only the source of the Mundo river is beautiful. It is also worth it to continue its journey until it ends at the Segura. This tour goes through very beautiful towns of which we are going to talk to you next.

This small town keeps the oldest monumental heritage in the entire region. In it, we recommend you visit the remains of the castle-fortress Muslim era and the church of the holy spirit, built in the fifteenth century, but fully restored and has Gothic frescoes.

Also, you can see in Riópar the Museum of the Royal Factories of San Juan de Alcaraz. It is a living testimony of the bronze and brass factories that housed the town between the XNUMXth and XNUMXth centuries and which were created by order of the king. Carlos III.

Located in the municipality of Molinicos, this locality was known precisely as Ríomundo. It is located in an environment of privileged nature, with an abundance of pines and mushrooms. In addition, it will be very pleasant for you to walk through its peculiar typical streets and see its old laundry.

More has to do with the district of Isso, a small town located on the left bank of the Mundo river. In it, you can visit the church of Santiago Apóstol, built in the eighteenth century and which houses the image of the patron of Isso, and the Almohad tower of the XIII that comprised of a castle today disappeared.

But, above all, we advise you to see the different bridges that cross the river. They have been traditionally considered Roman, however they are quite later. But, in any case, they are part of a landscape of great beauty.

Also called «The Serrana Jewel», this town is a place of pilgrimage for movie lovers 'Sunrise, which is no small thing', since it was shot in part on its streets. But it also has other points of interest, starting with its narrow and cobbled streets.

You can visit the Parish Church of the Assumption, built in the XNUMXth century. Inside, you can also see an impressive baroque organ of the XVII. You can also go under the Mora Arch, which has its own legend about enchantments; visit the aqueduct and hydraulic mills and get closer to the Híjar viewpoint, which offers you spectacular views of the mountains of Albacete.

Finally, we will tell you about this town that was also the scene of the aforementioned movie. In addition, you can see in it the church of Santiago Apóstol, which is a Site of Cultural Interest and which houses the beautiful Espino Chapel; the Hermitage of Our Lady of Bethlehem, with its beautiful polychrome altarpiece, and the Convent and Church of the Discalced Carmelites, built at the end of the XNUMXth century.

In conclusion, the source of the Mundo river. as Castilla la Mancha, offers you a natural spectacle of great beauty. But its surroundings are also worth your visit for its rich monumental heritage and its great ecological value. Don't you want to know the area?