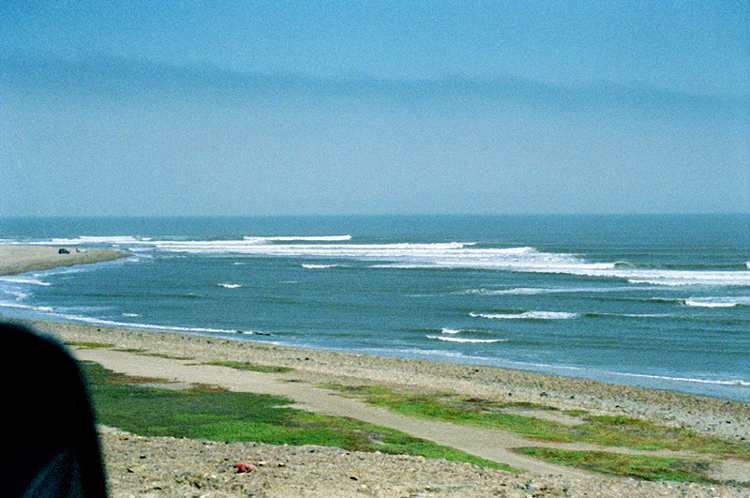 The geography of Peru is like a thermometer, the higher up, to the north, the hotter the environment, endowed with a suffocating heat, which parboils the skin of the stranger and permanently tans that of the city dweller; On the other hand, the further south, the cold becomes intense, with impetuous air currents. But better let's talk about happy, temperate climates that allow you to enjoy the environment without suffering any complaints, a sunny day, beautiful to be in the bay and play sports, that is, more to the north.

In the department of La Libertad, there is a small town that is the Peruvian paradise for wave athletes called Pacasmayo, which is radically divided in two: the Malecón, site of the wealthiest who see spending their days near the waves and the corridor that frames the beach, the Malecón is equivalent to what in the neighborhood would be the corner, where the friends for discussion and fun. The Malecón is the minimum percentage of Pacasmayo - approximately 8% of the town, which includes the beach, the shore and the three perimeter blocks that come to be the route - and it is the exclusive area of ​​the destination. The vast majority is the town, typical like any other, but nice in its festivity that takes place in the first week of the summer month of March..

The preferred mobility is the motorcycle taxi, which with the modest price of S / .1.50 nuevos soles ($ 0.50 dollars) will take you anywhere within its borders, likewise the traditional taxi with only a little more, its price is S / .2 nuevos soles or approximately $ 0.66 dollars, it will do the same and with a greater speed.

Needless to say that the exclusive area, the Malecón, is the most cheerful and interesting in the town, a place with a permanent summer attitude, with a climate always conducive to a dip and sun exposure.

There is also a tourist attraction that is on the outskirts of Pacasmayo, but that undoubtedly belongs to its identity, this is called El Faro And it is the area that receives the greatest applause from visitors who love the sport of the board, because there important waves attract the attention of surfers from different latitudes, such as Australia, United States, The Netherlands and of course from the Peruvian capital.

In El Faro, transcendent surfing championships have been held with recognized high-level participants, which has caused that a comfortable hotel called El Faro, for greater identification, has recently been established there.

Pacasmayo is a fusion of summer, customs and sport, a pleasant place to visit in summer.