The Portfolio portal. com has listed, in ascending order, with the 10 most expensive rooms in the world and reports that France, the United States, the United Arab Emirates or Greece have the best in world hospitality in some of their main cities. 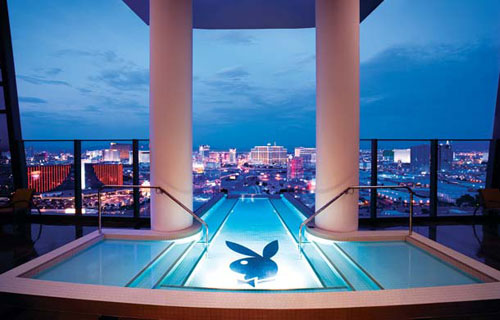 Rates ranging from $ 15.000 to $ 50.000 per night, include rooms with modern designs or original Victorian-era furnishings and satisfying the most extravagant requests and whims that guests can request at any time of the day.

Here is the list of super luxury hotels, some of which have 'seven stars':

9. The Royal Suite Imperial of the hotel Four Seasons George VAlso in Paris, with furniture and paintings dating back to the XNUMXth and XNUMXth centuries, you can spend the night by 16.000 dollars

8. The Suite Imperial of Hotel Ritz, in Paris, is a replica of the room in the Palace of Versailles of Marie Antoinette, wife of Louis XVI of France, it costs U.S. dollar 17.500 and figures of the stature of the Shah of Persia, Francis Scout Fitzgerald and Ernest Hemingway have passed through it.

7. The Royal Suite of the hotel Bureau Al Arab, in Dubai (United Arab Emirates), is on an artificial island and is the only seven-star category in the world, it costs U.S. dollar 18.000.

6. The Suite Presidential of Plaza hotel en NY (United States), has, among other amenities, seven bedrooms, six bathrooms, a library and two rooms. The price for staying the night is U.S. dollar 20.000.

5.The Bridge Suite of Atlantis, in the Bahamas, chosen by Oprah Winfrey and the late Michael Jackson, it is on the bridge that connects the two towers of the exclusive hotel. Cost U.S. dollar 25.000 overnight.

4. The Royal Penthouse Site, in the President Wilson Hotel, from Geneva (Switzerland), with capacity for 40 visitors, occupies the entire top floor of the hotel and its price is U.S. dollar 33.000.

3. The Ty Warner Penthouse, the Four Seasons in New York, it costs U.S. dollar 34.000 the night and includes a Rolls Royce or a Maybach to get around the city and a personal assistant 24 hours a day.

2. The Hugh Hefner Sky Villa, in the Palms Casino Resort, Las Vegas (United States), has a bed that rotates 360 degrees with a view of the city, a jacuzzi that cost $ 700.000 and a private party with the Play Boy bunnies. This exclusivity costs only U.S. dollar 40.000 overnight.

1. The Royal Villa, In the Grand Resort Lagosini in Athens (Greece) it ranks first. This mansion for the rich has so many benefits that it would be long to list, suffice it to say that to spend the night there, you must have U.S. dollar 50.000.

Full path to article: Travel News » Trips » Accommodations » Super luxury hotels. A list of the 10 most expensive rooms in the world