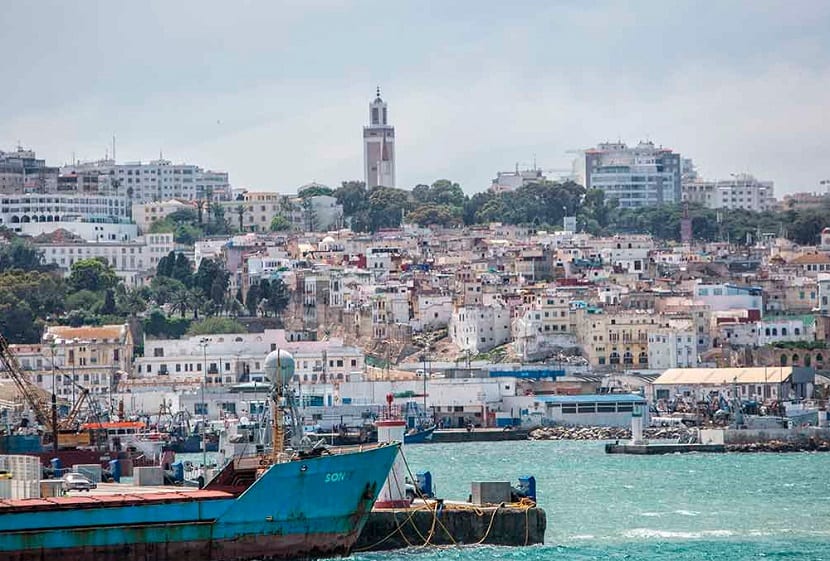 Located in the extreme north of the country, Tangier is a bustling city that throughout its history has been inhabited by different peoples (Carthaginians, Romans, Phoenicians, Arabs ...) who have left their mark on it. As a result of this mixture of cultures, Tangier today has a cosmopolitan and multicultural character that has inspired and inspires generations of artists.

In addition, it is the second industrial center of Morocco after Casablanca and an important tourist city for Morocco thanks to its beaches, its landscapes and its interesting cultural heritage.

Its location, its history and its many accommodation possibilities make Tangier a highly desired destination for travelers in search of adventure and unforgettable memories.

From the Small Souk you can access the Alcazaba, the upper area of ​​the Medina that, surrounded by walls, has wonderful views of the port and the bay of Tangier. On very clear days, you can even see the iconic Rock of Gibraltar.

Walking through its cobbled streets you will feel the calm atmosphere of the Alcazaba and you will soak up the rich history of this African city. Here is Dar el Markhzen, the former governor's palace dating back to the XNUMXth century. Today it is home to the Museum of Moroccan Arts while the attached palace, Dar Shorfa, is home to the archaeological museum, which displays handicrafts and historical objects of the country from the Bronze Age to the XNUMXth century.

Another place to visit in the Tangier Alcazaba is the Bit El-Mal mosque with its eight-sided minaret, the old Dar esh-Shera court and the Kasbah square. Nearby you can visit the tombs of Ibn Jaldun and Ibn Batouta, two Moroccan historical figures of great interest.

The walls of Tangier

The wall of Tangier is another of the most interesting monuments to visit in the city. It is a square bastion that has towers, watchtowers and a path for surveillance.

Due to the strategic location of Tangier in front of the Strait of Gibraltar and in the north of the country, the wall allowed to control the area and kept the Medina and the Alcazaba safe., where the political power was located.

The walls of Tangier have thirteen access gates and have seven defense batteries. In the northern area you will see the Bab Haha and the Bab al - Assa that connect the Alcazaba with the Medina while in the southern area is the Bab Fahs, which connects the Medina with the rest of Tangier. 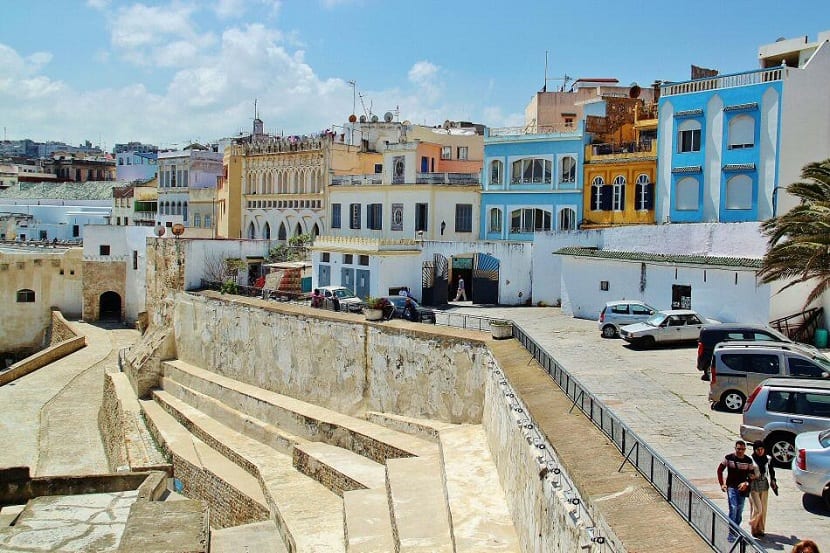 The Medina of Tangier preserves its Arab charm and some areas of walls with Portuguese towers despite having been influenced by European architectural trends in recent centuries.

Within the Medina you can distinguish two main areas: the Zoco Grande (also known as Plaza 9 de abril, where the rural market was formerly located) and the Zoco Chico (a small square surrounded by cafes and hostels where the locals used to meet. intellectuals).

Inside the Souk Grande, recently renovated, we find the Sidi Bu Abid Mosque (1917) that has a ceramic minaret, as well as the Palace of the Mendub and the Medubia, in whose gardens are centuries-old dragon trees and remains of centuries-old cannons. XVII and XVIII. In front of it is the Bab Fahs gate, where the Medina begins.

El Zoco Chico is a square surrounded by cafes located at the end of Siagin Street. Here we can find the old Catholic Church of La Purísima, which is currently a social center of the Daughters of Charity of Calcutta.

Next to it is the first residence of the ambassador of Sultan Mendub in Tangier during the XNUMXth century called Dar Niaba. Following the tour of the Small Souk, we arrive at the Mouahidines street, which is the main area of ​​handicraft sales in the city. Near this street we find the Great Mosque, which during Portuguese times was a cathedral dedicated to the Holy Spirit.

Other places of interest

Full path to article: Travel News » Africa » What to see in Tangier